Elon Musk has depicted himself as a foe of climate change, but a new study undermines that claim 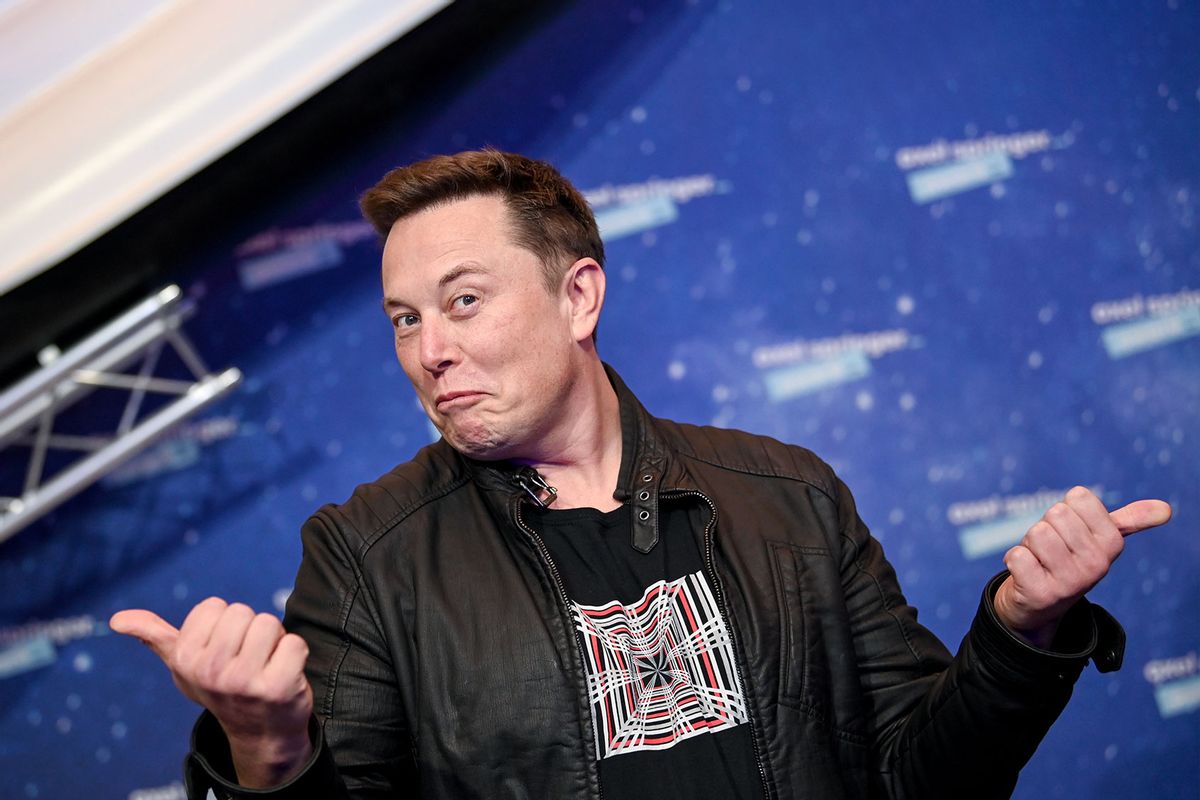 Ever since billionaires like Jeff Bezos and Elon Musk launched private space travel for the world's elites, everyone from actor William Shatner to former football star Michael Strahan has taken merry jaunts into outer space. (Or, more precisely, the outer limits of Earth's atmosphere.)

It seems like a sci-fi dream come true, albeit limited to Earth's rich and famous. Yet a new study published in the scientific journal Earth's Future reveals that this particular dream could wind up exacerbating the planet's ongoing climate change nightmare — at least, if current trends continue unabated.

RELATED: Elon Musk allegedly asked a SpaceX flight attendant to "do more" during a massage

"It is imperative that we understand the current and future risks to Earth's atmosphere posed by pollution from rocket launches and re-entry heating of reusable and discarded rocket parts and historical debris," the authors write. They note that because rockets directly emit gaseous and solid chemicals into Earth's upper atmosphere, they are fundamentally different from other man-made sources of air pollution.

"We compile inventories of these chemicals from rocket launches in 2019 and projections of future growth and speculative space tourism activity," they add. "We incorporate these in a 3D atmospheric chemistry model to simulate the impact on climate and the protective stratospheric ozone layer."

The good news is that, because the space moguls have not been able to arrange many private launches, the current impact to our atmosphere has been minimal. The bad news is that things will get worse as more launches occur — and that is exactly what the moguls are planning.

"Our results demonstrate that while the climate impact of the contemporary space industry is small, due to small launch numbers, the impact is likely to be significant if launch rates increase," Robert Ryan, lead author of the paper, told Salon by email. "Space tourism projections suggest it could provide that surge in launch rates. The climate impact of rocket launches is primarily due to soot released at high altitudes, where its ability to hold heat in the atmosphere is up to 500 times greater than any other soot source."

Whereas electric cars offer an alternative to fossil fuel-burning vehicles, there really is no adequately green alternative to the existing methods of putting people in space. In the end, the only way to protect the planet from the astronomical aspirations of the world's elite is for the rich to simply stop making unnecessary space trips.

"There is no strictly climate-safe way for space tourism to proceed because even rockets burning liquid hydrogen, which produces no soot, result in nitrogen oxide emissions," Ryan pointed out. "These are harmful for the stratospheric ozone layer. Producing rockets and rocket fuels is also a carbon-intensive process. Space tourism launches are unnecessary and should be minimized and regulated."

He later added, "Our results project the impact of future space tourism launches, should the industry reach significant (daily or weekly) launch rates. The impact in such a scenario would be to warm the stratosphere with the potential for ongoing detrimental climate consequences."

Environmentalists and scientists are not the only ones dismayed with the new trend of wealthy people going into space. Last year the Federal Aviation Administration (FAA) seemed to redefine the word "astronaut" as a specific rebuttal to Bezos describing himself and his fellow space travelers with that term. According to the new policy order, a person must perform functions during a space mission that are "essential to public safety, or contributed to human space flight safety" in order to be considered an astronaut. Only the FAA, the United States military and the National Aeronautics and Space Administration (NASA) are legally allowed to designate someone as an astronaut. Then again, the scorn from much of the scientific community may do little to dissuade Bezos, Musk and their cohorts.

"I think the motivation for space tourism is that people just want to have that experience," space historian and author Andrew Chaikin told NBC News. "I don't think the wider world pays that much attention to whether or not the FAA awards astronaut wings to one person over another."

Chaikin added, with a prediction that runs athwart scientific concerns about sustainability, that so-called "space travelers" "might go up to space not for science but just as a requirement to do their job. Maybe it's a manager of an orbiting hotel. I don't know that you would call that person an astronaut. But you would call them a space traveler."