Jennifer Lopez's reinvention of the breakup

Failed romance isn't a setback any more than "Gigli" was for Lopez's career. Each split just pushed her forward 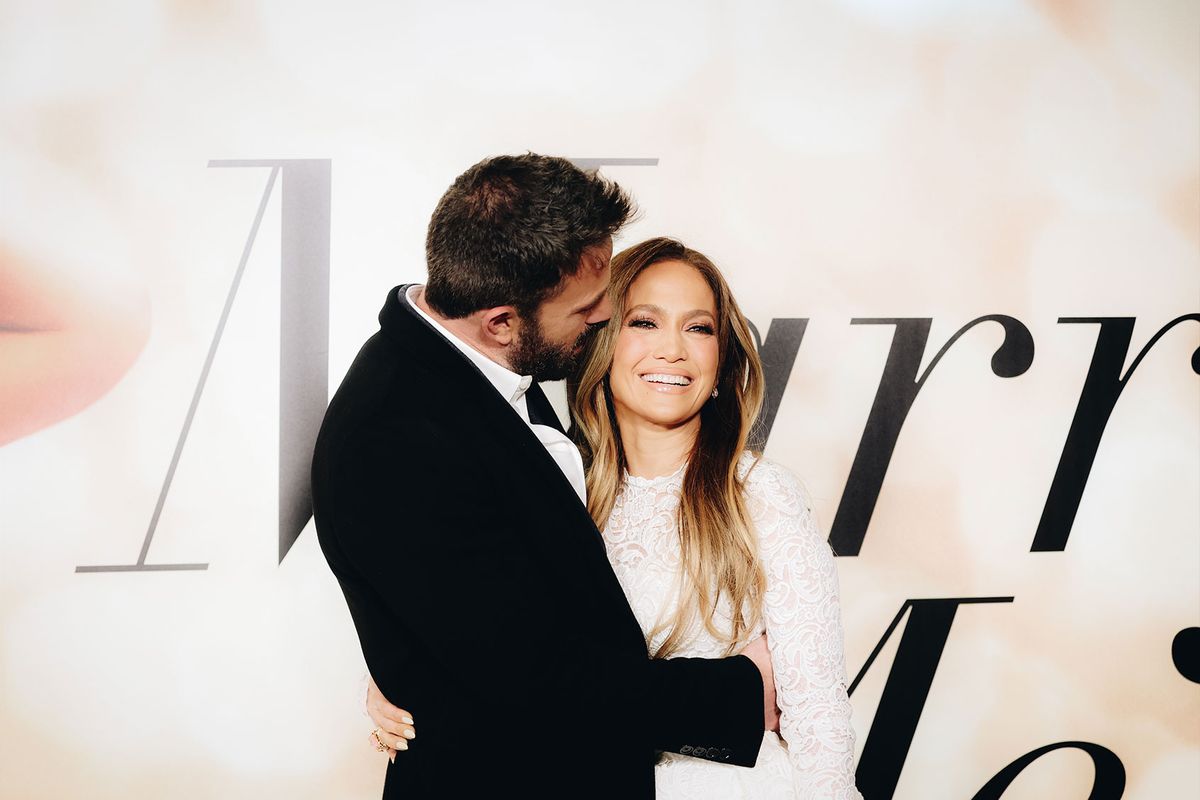 When Jennifer Lopez reunited with her former fiancé Ben Affleck after almost two decades, more than a few wondered: "What is she doing?!" Her fans hoped that she was not subjecting herself to more heartbreak; her detractors mocked her for thinking this time would be any different.

But Lopez knew exactly what she was doing. "We've both grown," she said in a Rolling Stone profile, just a few months before marrying Affleck. "We're the same, and we're different. And that's what's nice. Having a second chance at real love – we learned a lot. We know what's real, what's not real. So, it's just — the game has changed."

[Lopez] has proven again and again that she uses heartbreak as a catalyst for reinvention, not just personally but professionally.

Most people are saying the odds of her relationship lasting are worse than winning the most recent lottery. And why should we care? But there is a lot we can learn from J Lo's journey.

As a psychologist who works with couples, and a single woman about the performer's age, I have seen up close how it is possible to rise from the ashes of a breakup stronger and readier for love that lasts. In those vertiginous moments after losing love, when it is tempting to sink into self-pity and victimhood, there are valuable opportunities to gain clarity on what we might have unintentionally hidden from ourselves. But only if we can rise above the "why me" and "what ifs," that swirl like vultures around the carcass of a failed relationship.

How Jennifer Lopez manages it all

For some people, Lopez is easy to dismiss. But maybe it's because they aren't looking at her closely enough. She has proven again and again that she uses heartbreak as a catalyst for reinvention, not just personally but professionally.

Take her first marriage to actor Ojani Noa that ended in 1998. A year later she produced her debut album "On the 6," which went platinum, won awards and helped propel the Latin pop movement. Not content with that success, Lopez became the ultimate crossover artist: conquering mainstream music audiences while also embracing acting. Post-breakup with Sean "Diddy" Combs in 2001, she starred in "The Wedding Planner," adding a new accolade to her list of accomplishments: box office success. The same week, her second studio album dropped and still boasts arguably Lopez's best-known hit: "Love Don't Cost a Thing." Oh, and why not open a restaurant, Madre, also?

From Fly Girl to pop star, from rom-com It Girl to producer, Jenny from the Block has proven herself capable not only of surviving setbacks but using them as springboards for stretching herself.

After her divorce from dancer Cris Judd in 2003, she met the future Bat-ffleck and began a very public romance, which ultimately could not survive the media storm that surrounded it or the scathing reception to their ill-fated rom-com "Gigli." Despite the high-profile Bennifer breakup in 2004, just a year later she released her fourth studio album, tellingly titled, "Rebirth." Seeing a pattern?

For a while, it seemed that Lopez had settled romantically, but was never stagnant in her career. During her 10-year marriage to "I Need to Know" singer Marc Anthony, she had twins, continued to record albums and act, and even transitioned to mentoring as a judge on "American Idol." But eventually she did split with Anthony, which she addressed in her book "True Love" because of course you can add New York Times bestselling author to her resume. She's continued to make headlines in the past few years as well, performing in a politically charged Super Bowl halftime show, starring in the acclaimed drama "Hustlers" and breaking up with baseball superstar Alex Rodriguez.

Naturally, after all this is when she reunited with Affleck, and in storybook fashion finally married him on July 16.

For the tabloids and gossip rags it's easy to characterize this romantic track record as one of failure. But Lopez's life trajectory says otherwise. From Fly Girl to pop star, from rom-com It Girl to producer, Jenny from the Block has proven herself capable not only of surviving setbacks but using them as springboards for stretching herself. 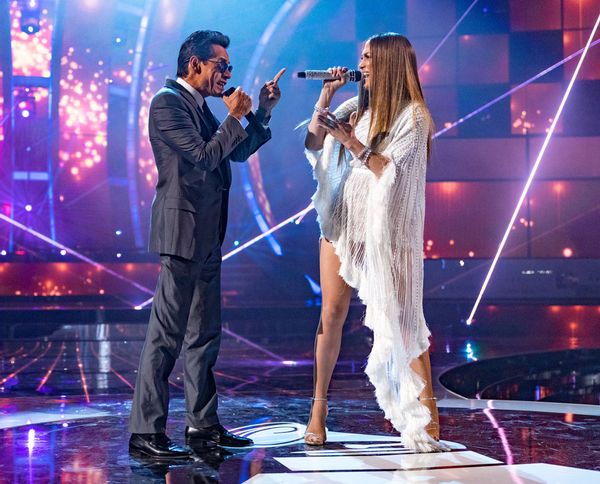 Marc Anthony (L) and Jennifer Lopez perform onstage during The 17th Annual Latin Grammy Awards at T-Mobile Arena on November 17, 2016 in Las Vegas, Nevada. (Christopher Polk/Getty Images for LARAS)"For me, it's always been very important to figure myself out," she told Rolling Stone. "It fueled my artistic life, which is great in a lot of ways, because it made me want to overachieve. It made me want to do better and be successful and be better as an artist and grow, and I have."

I am a year younger than Jennifer Lopez. Women of our generation carry the weight of feminist expectations on our shoulders. Perhaps even more than our mothers, we were supposed to be strong, independent, and fearless from birth, yet we remain burdened by a lack of opportunities, lower pay, and very often the assumption that we will act as the primary caregivers for our children.

I was married in my early 30s. After six years and a child together, saying to my husband, "I want a divorce," felt incredibly risky. I thought if I left my marriage the underpinnings of my identity would fall away. But I was wrong. Ending my marriage was indeed devastating, but I realized that entropy, rather than synergy, could be the force that brought true enlightenment. Lost and alone, I felt more connected to myself than when my life appeared at its most together. Like Lopez, I suddenly felt free to pivot away from my regular work. As a result, I folded human rights work back into my life, something I had previously told myself I didn't have time for or couldn't afford. Neither fact was true, and that work has enlarged my identity.

What Lopez has shown us through her example is that our stories about who we are can, and even should be, a work in progress.

Turning relationship loss into personal gain takes a tremendous effort of will, especially for women. I have found in my practice that framing a narrative, creating a story, is vital to this process. We all need narratives to ground us and make meaning from what's happened. But stories are not fixed. They can be crafted to serve the future as well as explain the past. What Lopez has shown us through her example is that our stories about who we are can, and even should be, a work in progress.

Her model raises essential questions, for instance: Should you allow trauma to keep you from being vulnerable? Does it need to define your choices, the way it does for so many? Do you have the temerity and courage to try something new that could change your life? These are questions that involve risk, and where one goes from that defines one's narrative.

In my practice, I help people be brave enough to create those new stories. So what if you've never lived on your own – what's the worst that could happen? What can you explore living alone that you never could before? Do you want to know whether you can do it? So what if your husband cheated on you – are you going to allow that to define you? And, more importantly, do you want to know what a different sort of intimacy would feel like? So what if you have never come out as gay even though you are 72 – do you want to try to have good sex for maybe the first time? When the bottom drops out, possibilities arise.

J.Lo seems to understand that being who you are, the truest version of yourself, is the most important ingredient in any relationship. Every decision she has made has not just bolstered her career, but also her self-esteem. And, when her relationships have ended, she has not shied away from embracing the unknown. "Sometimes you have to explore the darkness to get to the light and get back to who you are," she wrote in "True Love," a book made possible from her many breakups and self-reflection. 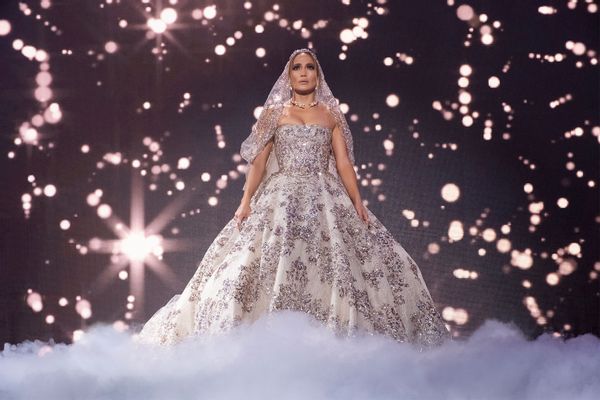 Jennifer Lopez as Kat Valdez in "Marry Me" (Universal Pictures)If anyone doubts that Lopez's many success are the result of her deliberate choices, they only have to look at her latest rom-com "Marry Me." The incredibly meta film, which Lopez also produced, seems to be a riff on her life. In the film, Kat Valdez (Lopez) is twice divorced when she is humiliated publicly by her much younger fiancé – a composite of Alex Rodriguez and Marc Anthony – just before she had planned to say "I do" during their on-stage livestreamed concert/wedding.

The parallels aren't subtle, and it's clear that Lopez is self-aware enough to not only poke fun at her image, but to also embrace portraying a woman who takes control of her own happiness despite such a catastrophic split. And yes, Kat eventually finds a single dad to love (foreshadowing J.Lo's reconciliation with Affleck?) but only after turning inward to reconstruct her identity by making meaning from her past.

The power to change, make better choices, and ultimately forge stronger relationships lies precisely in those moments when our lives seem most out of control.

Lopez herself seems very familiar with that healing technique. In "Halftime," her June 2022 documentary, she explains why five years earlier she wouldn't have been able to give her now famous Super Bowl performance: "I didn't know myself enough — I didn't understand myself." Understanding herself, continuously reinventing her story, appears to be her superpower.

As a society we mourn the end of relationships, treat them as tragedies, pity those who are left behind. But what if we are thinking about it all wrong? Is it possible that in the rubble of a collapsed relationship the many opportunities for growth are missed because we focus on what has been lost? Lopez seems to think so.

She told W in 2016, "When my marriage ended, it was not easy to find forgiveness. It wasn't the dream that I had hoped for, and it would have been easier to fan the flames of resentment, disappointment, and anger." What Lopez understands that too many of the rest of us do not, is that the power to change, make better choices, and ultimately forge stronger relationships lies precisely in those moments when our lives seem most out of control. "Ultimately," she says, "we can never change someone else's behavior—we can only change our own."

"You learn from the past, you do things better the second time," Lopez told The New York Times. I hope that is true in her new marriage to Ben Affleck, and that she finds great joy with him. I admire her ability to keep crafting and recrafting her narrative. In a world that feels increasingly out of control, I aspire to be that bold.

Sarah Gundle is a psychologist living in Brooklyn with her two daughters. In addition to her private practice, she is faculty at Mount Sinai Hospital.