How to use tomatoes in summer desserts, from spiced cakes to refreshing granitas 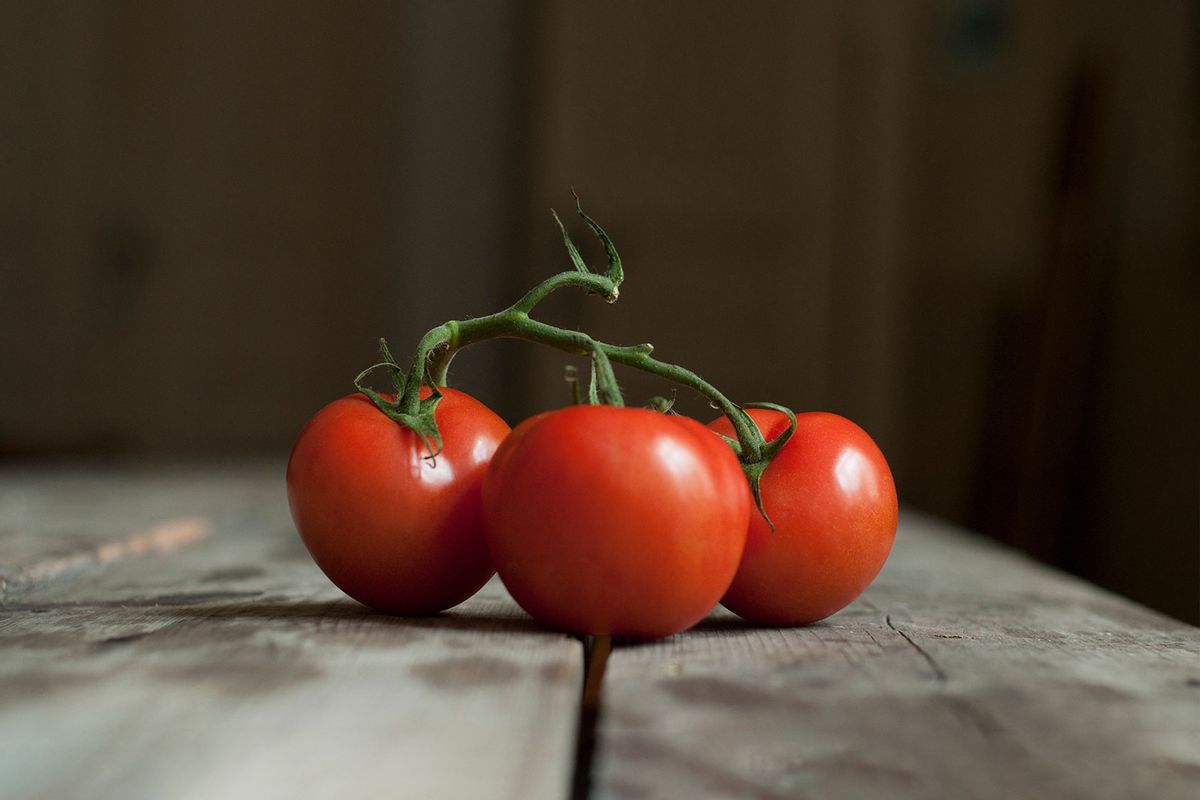 Tomatoes are frequently enjoyed in a collection of savory dishes, from salads and sandwiches to pizzas and pastas.

But did you know that summer's most popular garden harvest can also be showcased in desserts? That's right, desserts! After all, tomatoes are fruits, even though they are mistakenly regarded as vegetables.

The soft and fleshy texture of tomatoes incorporates well with cream, juices and alcohol when whipping up gelato, granita and cocktails, like a classic Bloody Mary. The fruit's firm exterior is also akin to that of crisp apples, making them great additions in pies, tarts and spiced cakes. To top it all off, tomato's signature saltiness beautifully compliments saccharine ingredients.

Here at Salon Food, we're excited to explore the sweeter side of tomatoes this season. To help us get started, we spoke with Kierin Baldwin, chef-instructor of Pastry & Baking Arts at the Institute of Culinary Education (ICE). Baldwin shares a few tips and tricks on how to confidently feature these edible berries (yes, tomatoes are berries!) in sweet treats:

The specific variety you use matters

Some tomatoes are sweet in taste while others are more savory. So, it's really important to carefully choose tomatoes of the former kind when preparing them in desserts.

Baldwin recommends using Sungold tomatoes, a popular variety of cherry tomatoes that tout a bright yellow-orange hue and an equally bright taste. Another great choice is Pineapple tomatoes, which are slightly acidic with a mild tropical sweetness to them. Brandywine tomatoes, a succulent heirloom cultivar known for its rich sweet flavor, is another fun option.

Although most of these tomatoes are available at local supermarkets, Baldwin suggests getting them from your local farmer's market, which oftentimes carry other unique varieties. Tomato vendors, who are experts on all things tomatoes, can also help you pick & choose specific cultivars based on your cooking and baking endeavors. And green markets may offer tomato samples, allowing you to taste them before buying.

"Some grocery stores are going to have really great tomatoes in season. But a lot of stuff in the grocery store really has been refrigerated, where they are starting to lose some of the flavor they had in the beginning," Baldwin says.

"Stuff that you're getting at the farmer's market are really fresh and full-flavored and ripe and very much in-season. Which isn't to say that you can't use tomato products that are from the grocery store. But those are going to be along the line of tomatoes that are more [appropriate for] savory uses."

Unlike your sweet berries, cherries and peaches, tomatoes contain high amounts of glutamates, a specific kind of amino acid that is responsible for creating the fruit's prominent umami flavors. Umami, which translates to "pleasant savory taste," is why tomatoes are oftentimes considered unfit for desserts. But Baldwin begs to differ, saying the fruit's savoriness is what makes it an unconventional yet key ingredient.

"You have to think about ways to…switch the flavors so that the fruit side of tomatoes is what people are getting before they get that sort of umami flavor," she explains. "Which is not to say that umami is the flavor that can't be in desserts. It's just that you have to pick the right things to pair with it."

Strong savory spices, like garlic, oregano and chili powder, are not appropriate to use in tomato desserts. But cinnamon, allspice, nutmeg and ginger are, especially when baking a tomato spice cake, like this one from Food52.

Other great pairings include cream, milk (cow's milk or plant-based alternatives both work fine) and mascarpone cheese. Caramel also adds a nice touch to tomatoes, as seen in Chef Pierre Calmels' tomato tarte tatin and Chef Alain Passard's stuffed caramelized tomatoes. So does olive oil, vinegars, wine and, even, melted chocolate, which is a staple ingredient in an old-fashioned Campbell's tomato soup cake.

Aside from bruschetta, tomatoes and bread can be paired together to make sweet bread pudding or a rendition of summer pudding, with layers of sliced white bread and tomato compote.

Tomatoes can also be mixed with, well, other fruits!

"What grows together, goes together," Baldwin says. She recommends combining tomatoes with seasonal stone fruits — like nectarines, peaches, cherries and plums — or melons to make ice pops, sorbet and refreshing granitas.

Sweet green tomato pies, like this one from The Spruce Eats, is a great recipe for using unripe tomatoes in baked goods. Tomato flesh, however, is notoriously known for being slimy and wet. So, prior to prepping the pie's crust, Baldwin suggests thickening the filling like you would when making fruit pies.

To start, macerate the tomatoes in sugar, cinnamon, lemon juice and cornstarch, then drain the excess juices in a separate bowl. Transfer the liquid to a pot over low heat and stir in additional amounts of cornstarch until the mixture becomes thick. Pour this mixture over the sugary tomatoes and quickly stir to incorporate. This will allow the tomatoes to continue releasing more juices while baking while, also, preventing the pie crust from becoming soggy.