To understand how Gene Takavic seals his fate, we look back at Saul Goodman's first encounter with Walter and Jesse 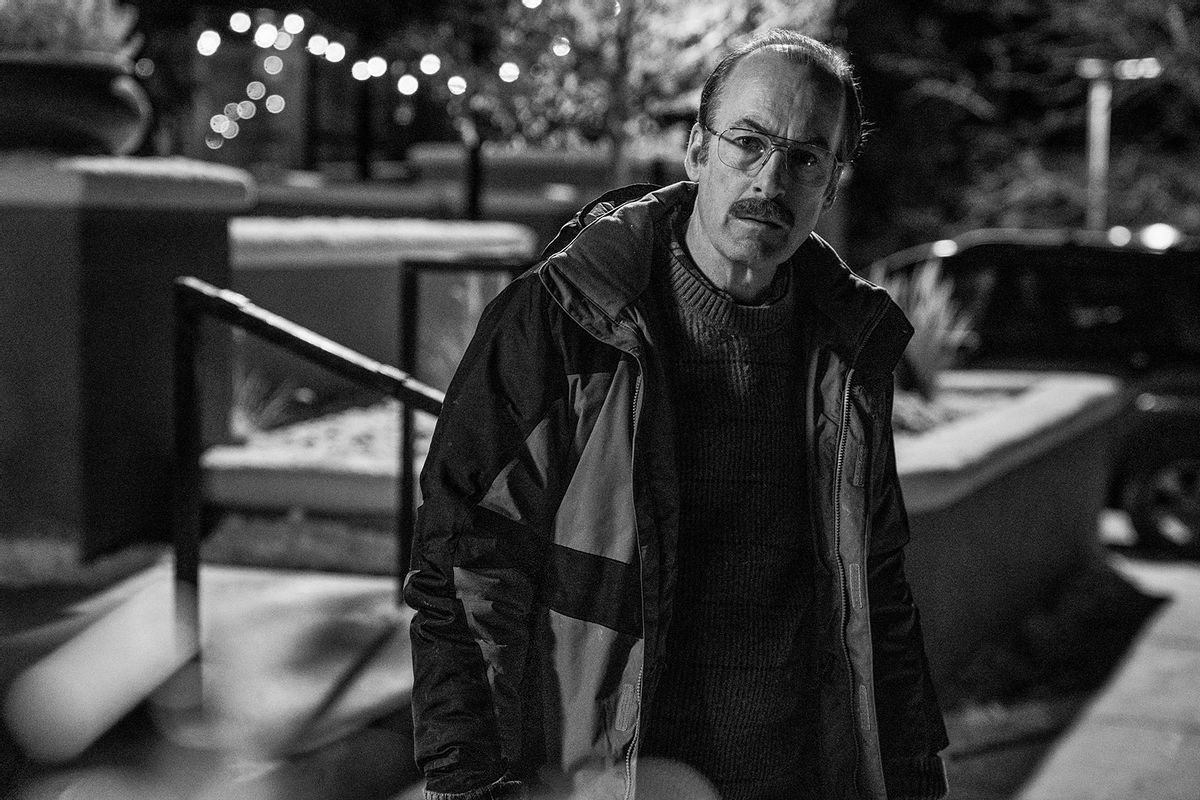 As much as we'd like to believe Saul Goodman's undoing was inevitable, "Better Call Saul" is fond of reminding us that Bob Odenkirk's criminal lawyer chose his path. Throughout the series we've watched Jimmy be presented with options to go straight, or at least level enough to escape lasting consequences, only to choose the shortcut.

Since we're watching the story from his point of view it's been easy to side with his perspective. Examine the many phases Jimmy McGill has meant seeing the ways he's been betrayed by family and by his colleagues. The people closest to Jimmy who don't betray him abandon him.

That's why it matters to know that one of Saul's most reliable allies, Mike Ehrmantraut (Jonathan Banks), warned him about getting mixed up with a high school chemistry teacher trying to grab a piece of Albuquerque's meth market. Mike's top loyalty is to Gus Fring (Giancarlo Esposito), but since Gus has a use for Saul, Mike isn't above taking Saul's money and giving him sound advice.

While reporting his findings on the chemistry teacher to Saul, he tells him the guy has Stage 3 cancer, adding, "Listen, even if this guy was gonna live, I wouldn't go near him. He's a complete amateur."

But Mike is adamant in a "don't say I didn't warn you" kind of way. "If the cancer doesn't get him," he says, "it'll be the cops or a bullet to the head."

We've had a lot of good times watching "Better Call Saul" examine the many phases of Jimmy McGill's life. That's especially true of obsessive viewers noting the small details Vince Gilligan and Peter Gould task their writers and directors with inserting in each episode.

However, "Breaking Bad" – as in, the title of the 11th episode of the sixth season written and directed by Thomas Schnauz  – is one of those attention-getters inviting us to look up from our microscopes and magnifying glasses and take in the grand moral of this story and, perhaps, the "Breaking Bad" universe in general.

Since "Better Call Saul" began, people wondered if or when Walter White (Bryan Cranston) and Jesse Pinkman (Aaron Paul) would make an appearance, especially considering how prominent Mike and Gus are to Saul's origin story.

This episode finally delivers that promised appearance by showing us the consequential lesson Jimmy/Saul failed to learn from the very start, and in a way that reverberates through Gene Takavic's loveless black-and-white future.

In that desolate place, somewhere around Omaha, Nebraska, and sometime around 2010 (by the estimates of people who pick up clues by way of sports trivia), we've met a guy running out of options. Gene reaches out to Francesca (Tina Parker), his assistant when he went by Saul Goodman. Francesca lives a paranoia-haunted, glamour-free life of being followed, seeing that her mail is being opened, knowing her home phone is tapped, and managing a run-down apartment where she must cater to stoners.

He asks her for updates, some of which we already know (via "El Camino"), like the fact that Jesse has disappeared. Skyler, meanwhile, has cut a deal with the feds. Other folks have escaped the brunt of law enforcement's wrath, including Huell. (Hooray for that one.) That leaves Saul Goodman as the only person left on their most wanted list for the Heisenberg case – and, as the season premiere teased, neither Saul nor any of the shell companies within shell companies he created contain any assets he can tap. The cops took it all.

A major question is whether Jimmy McGill will learn from the object lesson presented by his time with Walter White and Jesse Pinkman.

Some of that might have been avoidable if he'd given Francesca any warning that he had put her name down as the manager of one of his fake corporations where he hid $850,000. But that has always been Jimmy's blind spot. He doesn't cultivate loyalty with the people he should, and puts too much faith in those who end up breaking his heart.

It's not as if "Better Call Saul" were crying out for a grand takeaway. Odenkirk has made exploring the ethical and spiritual corrosion of Jimmy and the emergence of Saul Goodman fascinating in themselves.

But since the mystery of Gene remains unsolved – although as of this episode, we're definitely driving up to his unraveling – a major question is whether the man behind that identity and the one before will learn from the object lesson presented by his time with Walter and Jesse.

To remind us of what that was, Schnauz returns us to Saul's first encounter with the pair after they kidnap him and drag him out to the desert to stare down at an empty grave. We should never have assumed that was the end of the conversation. Once Walter and Jesse finish scaring Saul, they let him inside in their mobile meth lab. And the lawyer, being a nosy guy, sniffs around to figure out who he's dealing with. 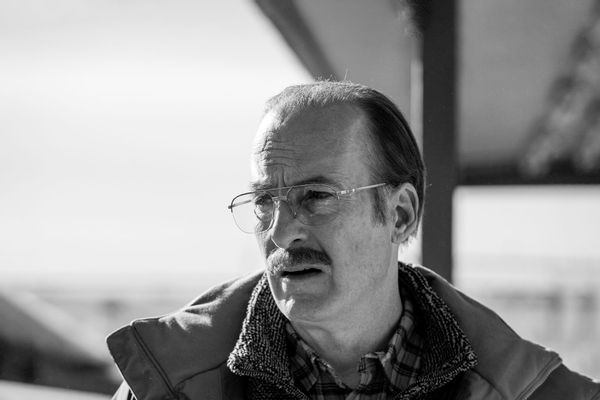 The visuals in every "Better Call Saul" episode tell us as much about the interiority of whoever Jimmy McGill is turning into as his own words and actions do. Saul can see how little respect Walt has for Jesse, even in that scene's short exchange, which the audience knows will blossom into betrayal.

Even at that moment, however, what Jesse says should have been a cautionary sign for Saul. Jesse asks who Lalo was, and Saul feigns ignorance. But Jesse presses: "You thought some dude named Lalo sent us. You seemed pretty freaked out. Never heard of no Lalo on the street."

By no means was Lalo a lone wolf. He was something worse: a predator who surrounded himself with men and women he sacrificed without a thought. That doesn't prevent him from disappearing off the face of the Earth.  Hence, the only man left who even mentions his name is Jimmy.

So perhaps what Jimmy McGill's trials and transformations show us is what can happen to a person who goes through life without anyone having their back. Not even his ex.

When Jimmy calls Kim from the same phone booth he uses to reach Francesca, it's revealed that she has started over in Titusville, Florida, where she works at a sprinkler company. While we don't hear their conversation, his reaction tells us everything we need to know: he ends the call by furiously hammering the cradle with the receiver kicking through one of the booth's lower glass panes.

Breaking up with "Saul's" Kim Wexler

At any rate, Gene Takavic is beyond the ability to be fixed by love or even friendship. In this black-and-white future, he is never seen being kind to anyone for kindness' sake. There's always an angle. And whenever that type of con artist takes someone who is actually nice for being a chump – an old lady like Marion (Carol Burnett) is a fine example – they're begging to be punished. 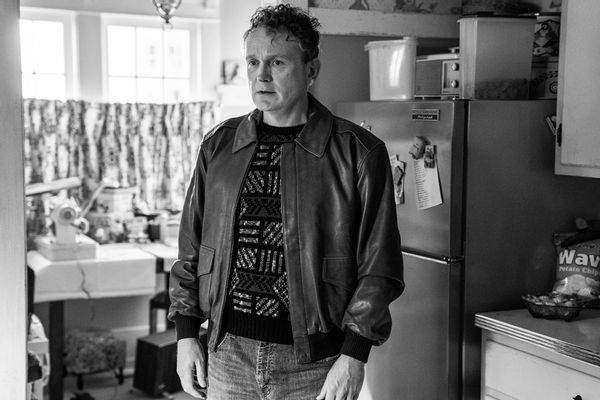 Of course, the "Breaking Bad" episode sets us up for Gene's fall by showing him reeling in Jeff and his friend (Max Bickelhaup) for an identity theft scam targeting arrogant investment portfolio managers. He gets them drunk while plying them with salty snacks, calling himself Victor which the bigger jerks among his marks find to be hilarious. He's such a loser, you see.

Once the men can barely walk, Jeff rolls up in his cab to take them home, offering each a bottle of drug-laced water. He helps the men to their doors, duct-taping the deadbolt before he goes. Shortly afterward Jeff's friend swings by, temporarily relieves the men of their wallets and photographs their identification, credit cards and every type of bank statement he can find. They pass along that information to brokers. Everyone gets paid.

The operation runs smoothly until Gene sits down with an investment specialist who seems to be a good person (Kevin Sussman), doesn't make him feel like a chump and then, in a crossroads moment, reveals to Gene that he has cancer. At that moment, a glimmer of Jimmy resurfaces.

The man shrugs sadly. "You only go around once," he says before clinking his glass with his new bar friend.

"Breaking Bad" shuffles between the full-color past and Gene's future in a way that defies the viewer to ignore the obviousness of its foreshadowing. Take that hole Jesse and Walter dug for Saul, purely to scare him. As the three drive away from it, the camera angles downward to show Gene fade into view, lying in his bed and staring into space.

By then Gene has concocted his identity theft scam, in the same way that by the time Saul rolls off in that iconic R.V. he's witnessed Walter ominously coughing and connects the dots, figuring out this chemistry teacher is a dying man with nothing to lose. Surely profiting from a man who won't live to reap the worst consequences of his actions can't go wrong. Right?

We know that it does. As Francesca tells her former boss, Heisenberg's death made things worse for everyone else, even those with the least involvement. When Jeff's friend draws the line at stealing the identity of a mortally ill man in Gene's time, does the man who used to be Jimmy McGill heed that warning? Of course not.

Jeff's friend points out that they've all made plenty of cash, enough to release this catch. He's even removed the tape from the lock. The sick man would never know what could have happened.

This is the "Better Call Saul" version of Skyler White's "How much is enough? How big does this pile have to be?" moment.

But enough is never enough for men like Walter White, Saul Goodman, or Gene Takavic. Jimmy McGill could have figured out that answer if he'd learned that winning doesn't involve someone else losing and made it his life's lesson to never become that person.

With two episodes left in the series, it is tough to picture Odenkirk's lonesome grifter turning over a new leaf or emerging without a dent. This is especially the case now that Marion has witnessed Gene yelling at her son before Jeffy drives Gene back to the sick man's house to finish a morally bankrupt theft.

What we're saying is, if the cancer doesn't get Gene Takavic, it may be the cops or a bullet to the head.