This season, Hulu's comedy-murder mystery series presents two ways to be a rotten human being 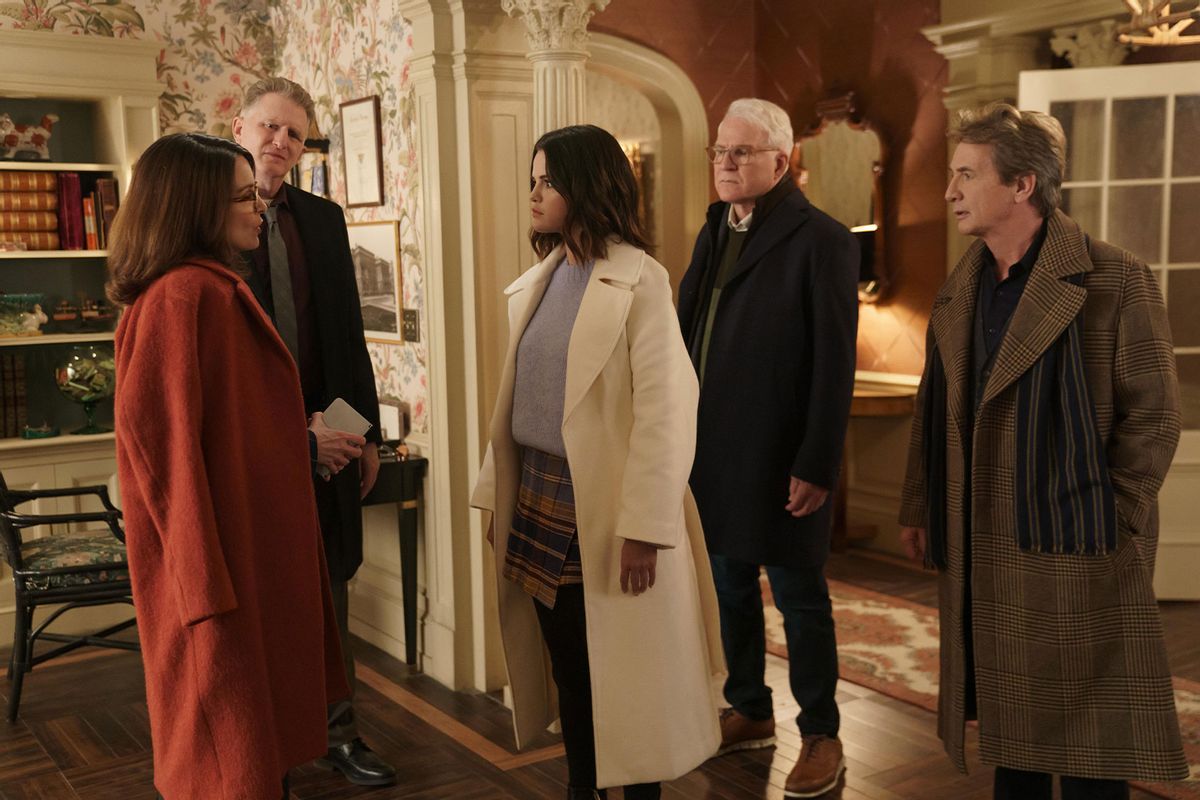 The following contains spoilers for "Only Murders in the Building," Season 3, Episode 9, "Sparring Partners"

Enter Det. Kreps. With the deepening of this minor new character and with the return of a star, "Only Murders" goes dark this week, darker than that blackout that dimmed the Tri-State area, and just as chilling and sudden.

"Only Murders in the Building" star on the collaborative creation of Theo, the show's conscience

How do you make a villain? With the season's penultimate episode "Sparring Partners," the Hulu show presents two paths to developing a rogue. One is Detective Kreps. His name looks like "creeps," though it's pronounced differently, and Kreps, played by Michael Rapaport, lives up to the title. A lead detective on Bunny's murder case, Kreps is tall, dour and indifferent. Kreps is taking over for Det. Williams, who's on maternity leave.

Season 1 introduced us to Williams, who has the tough exterior necessary for her job, but as played by the incredible Da'Vine Joy Randolph ("High Fidelity"), Williams has hidden warmth, excellent instincts, and stunning vocal prowess too. She genuinely wants to solve the case. She does not want to put innocent people behind bars. She's really good at singing.

"Only Murders" gave us a good cop. Read the room. Now it's time for a bad one. 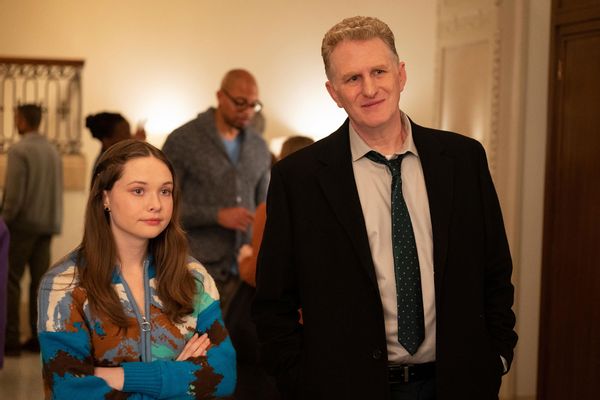 Lucy (Zoe Margaret Colletti) and Detective Kreps (Michael Rapaport) in "Only Murders In The Building" (Craig Blankenhorn/Hulu)Amateur sleuths Charles (Martin), Mabel (Gomez) and Oliver (Short) won't find in Kreps the sympathetic, though initially suspicious, listener they had in Det. Williams. Sure, Kreps wants to solve the case. Does he want to solve it correctly? That's not really his priority.

"People go away for things they didn't do all the time," Kreps tells Mabel when she comes to his gym and ends up sparring in the boxing ring with him in a metaphor gone wild. 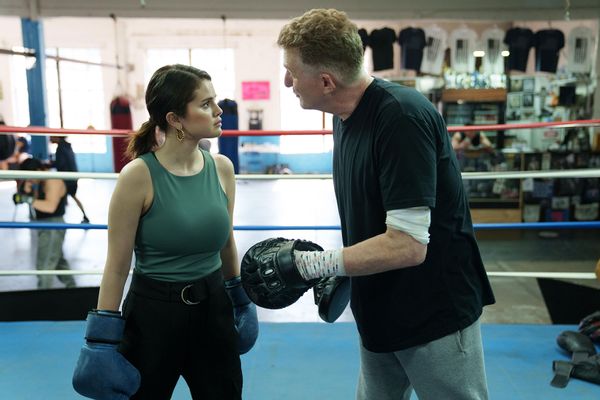 Mabel (Selena Gomez) and Detective Kreps (Michael Rapaport) in "Only Murders In The Building" (Craig Blankenhorn/Hulu)Mabel gets some good barbs in. But overall, it's a tense, extended moment of Kreps threatening Mabel and calling her profanities repeatedly in a low voice, close to her space. It's a testament to Gomez's enormous talents as an actor that she raises her chin and tries to look defiant, but her eyes water, her smile is forced and pretend. She stays silent to stay safe. You can imagine her heart beating hard in her chest.

Mabel is on to him immediately, homing in on a predator in the way of someone who's had to keep herself safe from them her whole life.

Kreps' villainy feels real. He seems like any number of creepy, older white dudes, which is part of his problem. Anyone who pretends to lunge at a much younger, much smaller woman has issues with inferiority. Mabel is also a woman of color. Kreps' power over her is real, yet he keeps bragging about himself ("How come I'm able to do a better podcast than you idiots in two seconds flat?"), which only underlines his poor sense of self-worth. Kreps doesn't make enough money as a New York City cop, or thinks he doesn't, so he's taken freelance gigs. He uses financial reasons as an excuse for shady, illegal behavior. But that's not it. Kreps just wants to feel special. He wants superiority, especially over women.

One of his brags is that he "landed the smartest woman on the planet." Odd for an aggressive, simple character to boast about that and not his conquest's physical beauty, but Kreps falls into the category of men who say they want an intelligent woman so they can possess her, best her. In the lyrics of the immortal Kacey Musgraves: "He wants your shimmer/To make him feel bigger/Until he starts feeling insecure."

The scariest part of the villain known as Kreps is predatory. Earlier, we learned he keeps a photograph of Charles' sort-of stepdaughter, Lucy (Zoe Margaret Colletti), who is only a teenager. Mabel is on to him immediately, homing in on a predator in the way of someone who's had to keep herself safe from them her whole life. When she asks him why he's in their building, "interrogating teenage girls," Kreps leans in and says chillingly: "That's just one part of the job I happen to like."

There's nothing funny about that. 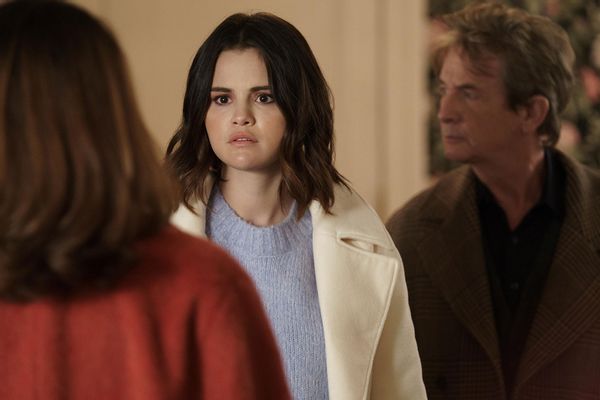 Speaking of smart women, "Sparring Partners" marks the return of Cinda Canning, a kind of Terry Gross for the true crime murder podcast. Host and producer Cinda is the standard, according to the Arconia trio (and the Horticulture Homies), but how she got on top is more twisted than Oliver only eating dips. And as played by Tina Fey, Canning is the ultimate white woman feminist. She means well, sort of.

Actually, she doesn't and she will manipulate, exploit and connive anyone without giving it a second thought if it serves her best interests. Mabel is sarcastic when she asks Cinda's assistant, Poppy (Adina Verson), if she's "that terrified of a Peabody Award-winning podcaster." But Poppy is. 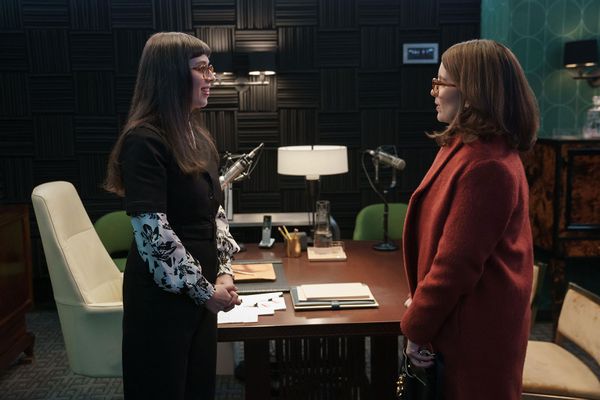 Poppy (Adina Verson) and Cinda (Tina Fey) in "Only Murders In The Building" (Patrick Harbron/Hulu)It goes beyond the thoughtlessness Cinda shows to her employees, rudeness bordering on malice. Cinda doesn't even notice people beneath her, and Fey's portrayal of malevolent flippancy approaches Meryl Streep in "The Devil Wears Prada" (turkey sandwich with no sandwich, please), the over-the-top boss from hell who seems, at times, to be a parody of some of the other characters Fey has played. Even Fey herself. But spilling a bottle of pills all over your assistant is one (terrible) thing, possibly exploiting sexual favors for career advancement is another.

Jan gave us one fictional example of a female psychopath, a poisoner and murderer who lacks empathy or a conscience. In a way, Cinda Canning gives us another. She's more cartoonish than Jan or Kreps — Cinda is so narcissistic, she only works with people who look like her, literally — but her intelligence and conventional appearance have allowed her to get away with a lot. How much exactly remains to be seen.

All is not OK in Oklahoma. And all is not OK with characters Kreps and Cinda, who give us two ways to be bad. Things have gotten real on "Only Murders" — at least, two more potential suspects have.

The finale for "Only Murders in the Building" Season 2 streams Tuesday, Aug. 23 on Hulu.

about "Only Murders in the Building"

Commentary Hulu Only Murders In The Building Tina Fey Tv