“Only Murders in the Building” star on the collaborative creation of Theo, the show’s conscience

In a new interview with Salon, James Caverly talks the deaf character’s origins and his own as an actor 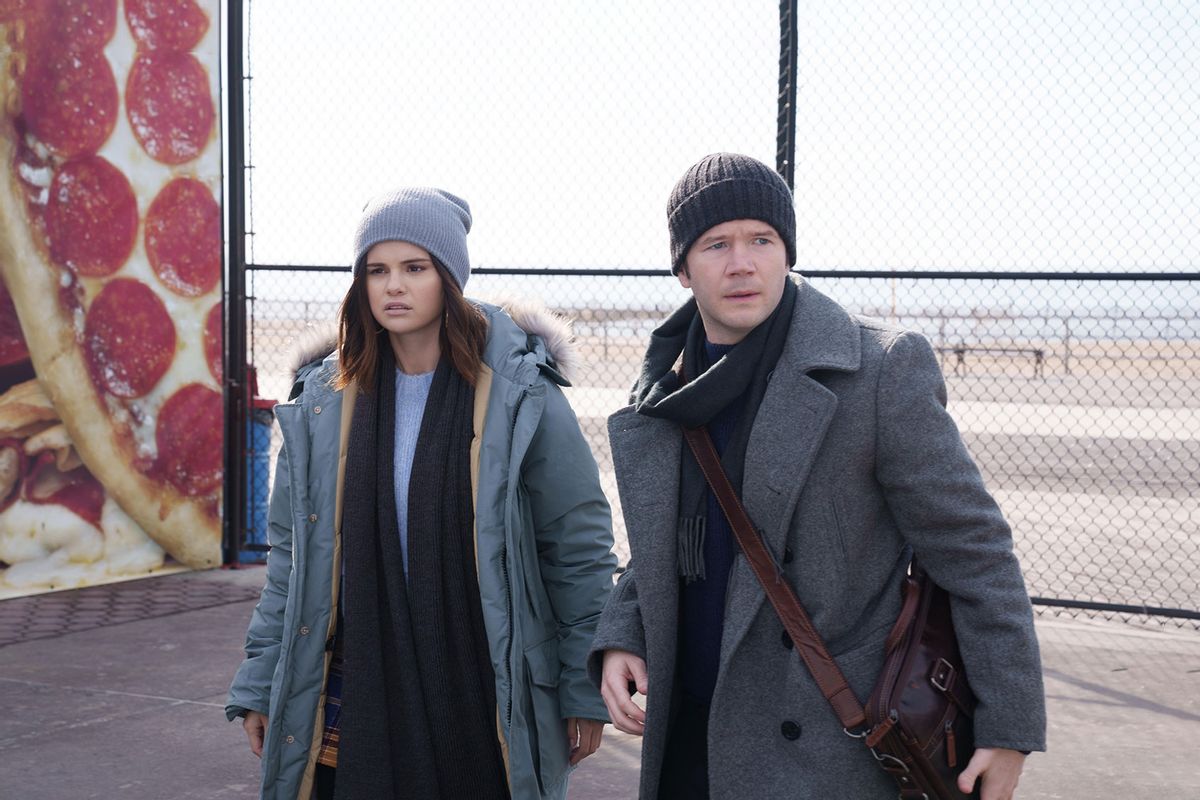 The following contains minor spoilers for "Only Murders in the Building" Season 2, Episode 7, "Flipping the Pieces."

When I first learned there was a deaf character on "Only Murders in the Building," I felt apprehensive, as other deaf or disabled viewers may have as well: here we go again. Another minor character, written by non-disabled people, who doesn't add much to the story or to a realistic understanding of disability. But nobody puts Theo in a corner.

The character of Theo Dimas is essential to the Hulu show, which follows the adventures of an unlikely trio of neighbors, played by Selena Gomez, Steve Martin and Martin Short, who stumble onto a murder (and then another one) and decide to start a true-crime podcast in order to solve it, possibly become famous (again) and/or generate some cash. Theo is the grown son of another neighbor, Teddy (Nathan Lane), a deli tycoon who sponsors the podcast and commits crimes of his own (not murder, though — at least not yet that we know about).

Theo is also deaf. So is the actor who portrays him, James Caverly, who prefers the term Deaf for himself, the capital "D" relating to identity. And his role in "Only Murders" is anything but minor. It's also a role he had a part in creating.

IndieWire calls Theo the "Unsung MVP of the Series." He's certainly its conscience. Despite the show revolving around true crime, it can sometimes feel removed from the realities of violence. Theo brings it back, his character embodying the complexities of an aftermath of violence: guilt and remorse. He was there when the woman he loved, Zoe, died in a tragic and confusing accident for which he is unintentionally at fault. He helped his father break the law. Theo feels bad about all of it.

Emotional and complicated, in the episode "Flipping the Pieces," he's angry at his dad. Anger is not an emotion that disabled people are always allowed to show; we're supposed to be happy with what we have and how we are treated and not make a fuss about pesky things like accommodations and discrimination. That Theo explodes at his dad in a real way is part of the authenticity of his character. 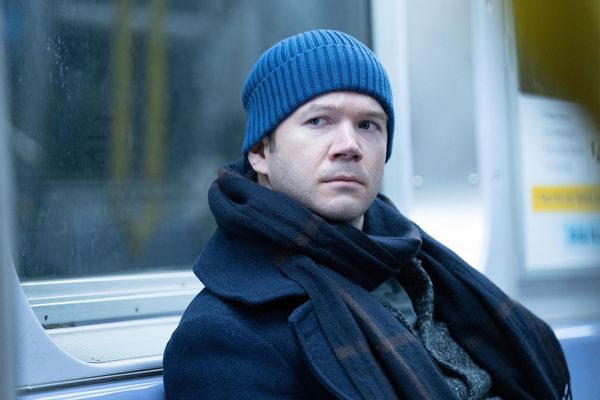 Theo is "a true collaborative effort between the creators and myself to bring the character to life."

In an interview with Salon, conducted over email, Caverly wrote: "Sadly, there are one too many creators who write disabled characters as two-dimensional: fixating on their disability without room for growth." Theo is different in large part because Caverly helped create him. He had multiple conversations with Hoffman and director Cherien Dabis "to figure out how to portray Theo authentically without feeling like a gimmick. Aside from the dialogue changes, we talked about how a Deaf person views the world," describing Theo as "a true collaborative effort between the creators and myself to bring the character to life."

Hoffman told Salon it was important for Theo to "[show] that perspective of community and a deaf person's experience living in a building like this in New York City . . .  We learned so much from James Caverly, particularly when he walked on set. Before he walked on set, we learned so much from Douglas Ridloff, who was our ASL expert and captain on the show. We learned both how to adjust our story to fit what made sense after talking with them and to realize the dimensions of Theo." 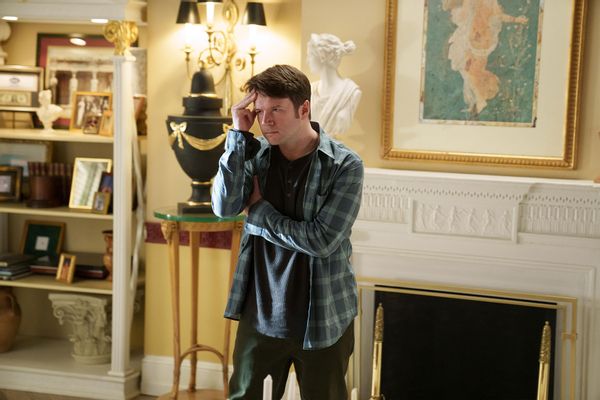 Theo signs, in one of his trademark deadpan quips that made me scream with the truth of it all: "Yeah, well, deaf people don't get to write a lot of movies."

"That guy cutting through the expectations [and] keeping alive the reality is always the bottom line — and the reality is not always noble and oftentimes very complicated," Hoffman said. Caverly discussed the challenges of playing Theo specifically, a character who is going through a lot: "With Theo, I had to isolate myself from the world and create a level of paranoia and guilt that felt appropriate. Doing that for months of shooting is fatiguing."

Isolation and loneliness can be a common part of a disabled person's experience, especially with the communication barriers that often arise when trying to interact with an often-resistant, ableist world. "Flipping the Pieces" acknowledges these barriers: Mabel, who doesn't know sign language, keeps trying to talk to Theo, who has to repeatedly remind her that he can't hear her. She doesn't understand why he can't simply lip-read everything: "It always seems like people can lip-read more in the movies."

Theo signs, in one of his trademark deadpan quips that made me scream with the truth of it all: "Yeah, well, deaf people don't get to write a lot of movies." 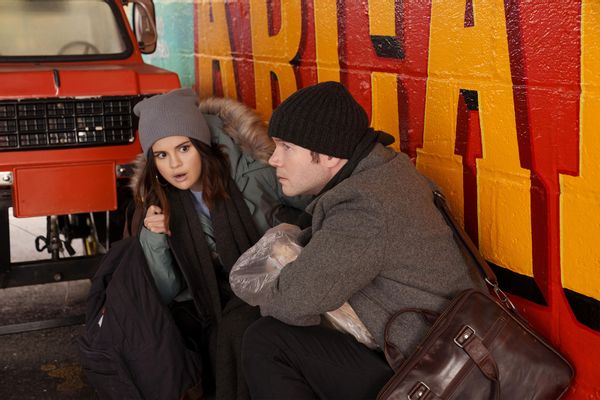 Mabel (Selena Gomez) and Theo (James Caverly) in "Only Murders In The Building" (Craig Blankenhorn/Hulu)With knowing asides like these, often meta comments on the action, Theo functions as a kind of insider for the audience, even though his character is more alone and isolated. As Caverly told IndieWire: "It felt pretty easy for me to tap into the feeling of being isolated from the outside world — possibly due to what I've experienced as a Deaf person."

"I want to see what makes a character flawed that doesn't necessarily revolve around their disability. I want to be in 'Star Wars.'"

Caverly was born into a hearing family and has a Deaf sister. As one of four children, he told Salon: "I've had a knack of knowing how to get attention when I felt ignored." He would re-enact scenes from television shows and make up stories for his friends on school bus rides (Caverly is also a playwright and screenwriter). "I was always in trouble for horsing around . . .  acting came second nature to me."

He got his professional start in theater, appearing in such productions as Broadway's "Children of a Lesser God," a medium he still loves and works in frequently. At the time of our interview, Caverly was just ending a run as Harold Hill in "The Music Man" at Olney Theatre Center. In July, he starred in an ASL performance of Stephen Sondheim's "Sweeney Todd" at Lincoln Center. Caverly also directs stage productions and translates scripts for interpreted performances in New York. 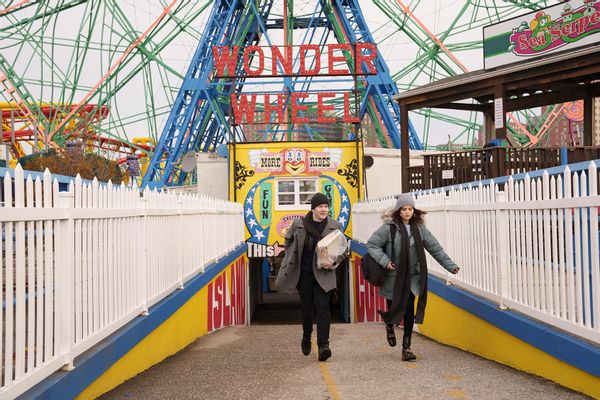 Theo (James Caverly) and Mabel (Selena Gomez) in "Only Murders In The Building" (Craig Blankenhorn/Hulu)But the transition to the screen was a deliberate one: "I always knew that TV and film would reach a much wider audience so I made the decision a few years ago to get into the film industry because the impact would be far-reaching."

And the response from the Deaf community to Theo? "Overwhelmingly positive. I still get messages from people about how wonderful it is to see Theo be played by a Deaf person and to have sign language portrayed on screen. Even more so when they saw Teddy, played by Nathan Lane, using sign language to communicate with his son."

Lane is a longtime idol of Caverly's. Alongside that, the image of a hearing family member signing with a deaf child is one that is both refreshing and unfortunately, atypical. Less than 10% of hearing parents learn sign language. Between 90-95% of deaf and hard of hearing children are born to hearing families, but the majority of those families never learn to sign to communicate with their children. Though Teddy is deeply flawed, he's also a dad actually trying.

When it came to Theo returning this season, Hoffman said, "We talked a lot about continuing that storyline, opening it up even further and opening up the ways in which we're representing." What's next for Theo Dimas? Caverly hopes his character makes an appearance in the newly announced Season 3.

But Caverly acknowledges that all roles offered to deaf and disabled actors aren't as multi-faceted as Theo. Caverly told Salon, "I always like to play complex characters . . . I want to see what makes a character flawed that doesn't necessarily revolve around their disability. I want to be in 'Star Wars,' playing a Sith Lord angry at the world before finding peace as a Jedi Master. I'll ride a makeshift ATV in 'Mad Max,' protecting those I love . . . The possibilities are endless!"

We just need creators to realize it. And oh yeah, stop presenting lip-reading as easy.

about deafness and art