Season 2 counts on our sentimentality for Oliver Putnam, Charles Haden-Savage and Mabel Mora more than the mystery 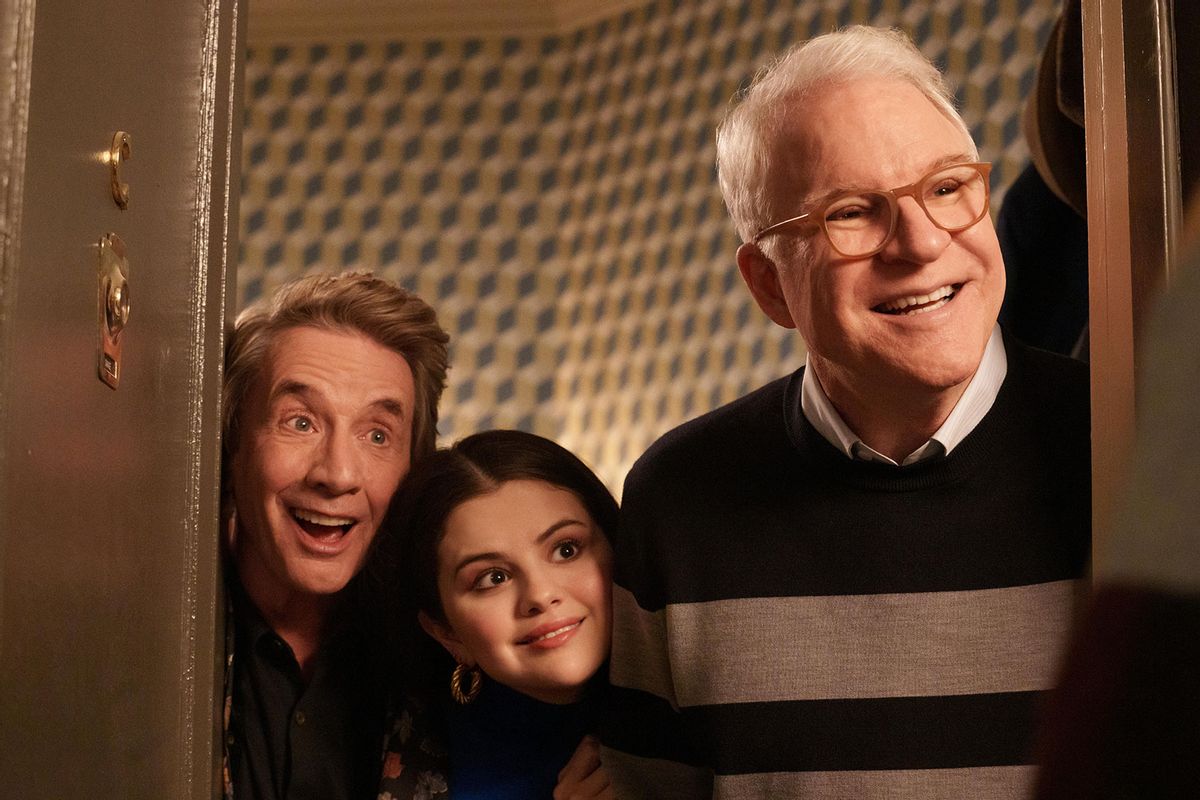 "Only Murders in the Building" has a structural skew that might be considered a red flag in other shows: its insistent lovability. Here, for the time being, the mystery-driven comedy's trust in the audience's affection for Oliver Putnam, Charles Haden-Savage, and Mabel Mora, along with the actors who play them (Martin Short, Steve Martin, and Selena Gomez, respectively) remain its greatest asset.

The Arconia itself becomes much more beloved of a character in these new episodes too, for obvious reasons; the murder of the building's cranky Board President Bunny Folger (Jayne Houdyshell) drives the new season's main investigation, exposing the ways that the building was an extension of Bunny's spirit and a few other secrets.

Brick and mortar details are fine, but the attraction to the place is in the fantasy it represents. The Arconia embraces a motley community of personalities who sometimes barely endure one another but also know each other's business.

They may gripe and gossip, but they also contribute to the building's music. Most apartments or condominiums have distinct echoes and whispers, but in the first and second seasons of the show, we're reminded of The Arconia's harmony. This time the building's too-close-but-comfortable neighbors sing a tune we've probably heard before, suspecting (correctly, I'll bet) that we'll be so caught up in the moment that we'll sing along.

RELATED: "Only Murders in the Building" boss on the killer, who's back next season and a case for rewatching

Second seasons of successful shows arrive with lofty expectations and multiple paths to common pitfalls. "Only Murders in the Building" almost steers into such icebergs within the first two episodes, front-loading the season with celebrity cameos that come off as reactive to the first season's critical success, along with an urge to top the unexpected appearance of Sting.

The "Police" frontman's residency at the Arconia is an inspired bit, allowing him to showcase his comedic chops along with embracing his reputation as a deadly serious, pompous artiste. How do you best that? Maybe not with Amy Schumer, who is far too much to deal with right off the bat. 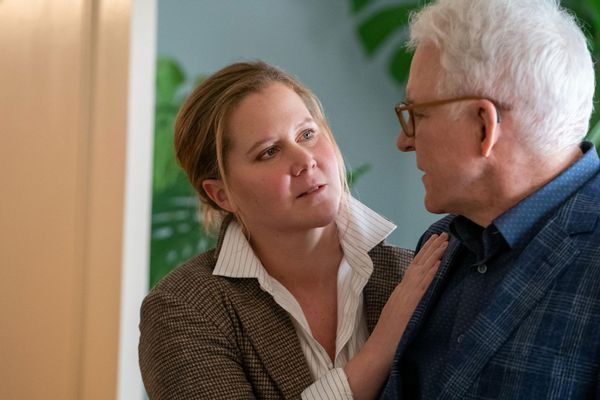 This is one part of the dangerous urge to improve upon previous success that many series creators fall prey to. John Hoffman speaks aloud his awareness of this through dialogue that's both self-referential and self-deprecating.

"You know, it's very rare for a true-crime podcast to do a sequel," Charles says when Oliver exhibits a stirring of wanting to mount another season of the podcast that made them minor local celebrities. "They usually move on a new case that never hits like the original . . . so, you know, we have a real opportunity here."

He's not wrong, on both counts. The new season of their "Only Murders" exploits requires them to be personal in front of the public, since Tina Fey's superstar podcaster Cinda Canning decides to insert herself into their lives to add drama for her podcast. Oliver, Charles, and Mabel have their fans, after all, which means they were stealing audience share from her.

"Only Murders in the Building" could never claim to be understated.

Charles might as well have been speaking for Hoffman, too, since both the show's creator and the characters have the advantage of conveying a story, and a mystery, that feels lived-in, nearly comfortable to viewers who have missed it.

This also means that the show and its main trio's podcast push to the verge of overindulgence on multiple fronts, pulling back just enough to remind us that despite its unwise additions and unnecessary accessorizing, there's no denying the great bones holding up everything.

"Only Murders in the Building" could never claim to be understated. Hoffman knows what he has in his stars and the co-stars who came along for the ride in the first season including Fey, Sting, Nathan Lane, and Jane Lynch, who all but walked off with the episode in which she was featured.

That makes Schumer's blaring presence stand out in a season that also manages to incorporate Shirley MacLaine in a prominent role without taking us out of the story. Cara Delevingne's casting as Alice Banks, an artist who takes an interest in Mabel, slides somewhere into the middle on the scale of noticeability; given where her storyline goes, we get why the producers leaped at the thought of pairing two very famous and glamorous millennials onscreen. 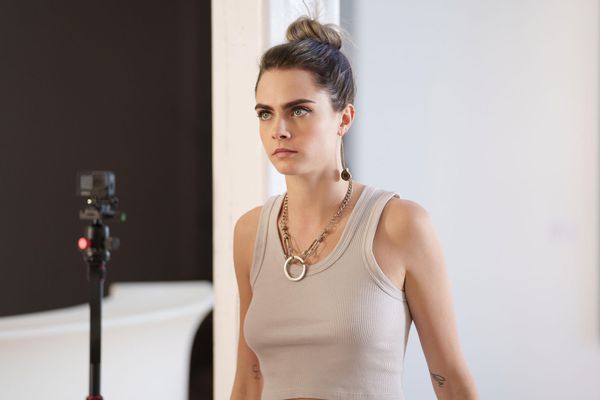 Nevertheless, it doesn't strike the type of harmonic balance that, say, the show's humor achieves by equalizing the arch and the ludicrous with empathy for its characters.

This reflects the accord that develops between the straightlaced Charles and the farcical Oliver, whose friendship is rooted in a shared sense of caring for Mabel. Martin and Short's comedy partnership predates "Only Murder in the Building," of course, making Gomez the show's unexpected source of extraordinariness. Nobody expected her to complete them instead of merely fitting in with their established chemistry.

Emphasizing the intricate puzzle of their lives with greater complexity and sensibility than the energy devoted to its mystery's architecture seems like more of a longer-term strategy. Amidst the encore visits with widely loved minor characters and the obligatory hawking of Gut Milk, Oliver, Charles and Mabel have personal reasons for finding Bunny's killer. Oliver wants to hold on to his return to the spotlight, however limited, while also making a few extra bucks. Charles is tempted by the offer of rebooting his old detective show "Brazzos" with a younger cast. Both of their opportunities are predicated upon clearing their names.

Mabel's motivation is simple and to the point: Since Bunny was discovered in her apartment with a knitting needle sticking out of her sternum, she needs to get out from underneath impending murder charges and social media sensationalists' eagerness to paint her as a modern-day Lizzie Borden.

When people talk about the show, it's the personalities that move them.

She's also an introvert in ways that are similar to Charles, which is what brought them together in the first place, and others resulting from deeply rooted blocks, which is probably the most compelling storyline in these new episodes.

But her meaty subplot fights to be noticed alongside a family-related blindside in Oliver's life and several developments in Charles' that are related to his past, one of which may be linked to what happened to Bunny. Following each of these threads is easy enough, and at no point does one lose confidence that all or most of it will come together in ways that make sense.

Yet after viewing eight episodes, I'm not entirely convinced they'll weave together tightly enough to make a second viewing of the season its own distinct pleasure. Very little appears to be on par with the subtle hints Amy Ryan drops throughout a marvelous first season performance whose tone fundamentally shifts with a rewatch.

This season sends their investigation in many different directions, none of which adequately gel enough on a first pass to make the whodunit's mechanics the season's main talking point.

On the other hand, was that ever the main reason people fell for "Only Murders in the Building"? When people talk about the show, it's the personalities that move them – Martin's, Short's, and Gomez's, certainly, but also the strange, relatable quirks of the Arconia's residents, versions of whom have a place in our own lives.

Martin, Short, and Gomez have impeccable comedic timing, but their characters are attuned to the sense of loneliness and vicarious existence enveloping millions of us over the last few years. Their return invites us to spend time with a comfort we've been missing in a distinguished building with as many stories and secrets as the city around it.

Many will see this as nothing but vamping, a thought echoed by their "Only Murders" groupies. But Oliver might argue that one man's vamping is another's display of showmanship: "I'd rather be dead than boring!" he declares. And if you missed this show more for sentimental reasons as opposed to the sleuthing... oh baby, does it feel wonderful.

Season 2 of "Only Murders in the Building" debuts with two episodes June 28 with new episodes Tuesdays on Hulu. Watch a trailer via YouTube.