It's not just Trump: A sobering new report chronicles the extensive GOP war on democracy

Trump is out of office, but the rate of Republicans filing anti-democracy lawsuits in 2022 stayed the same 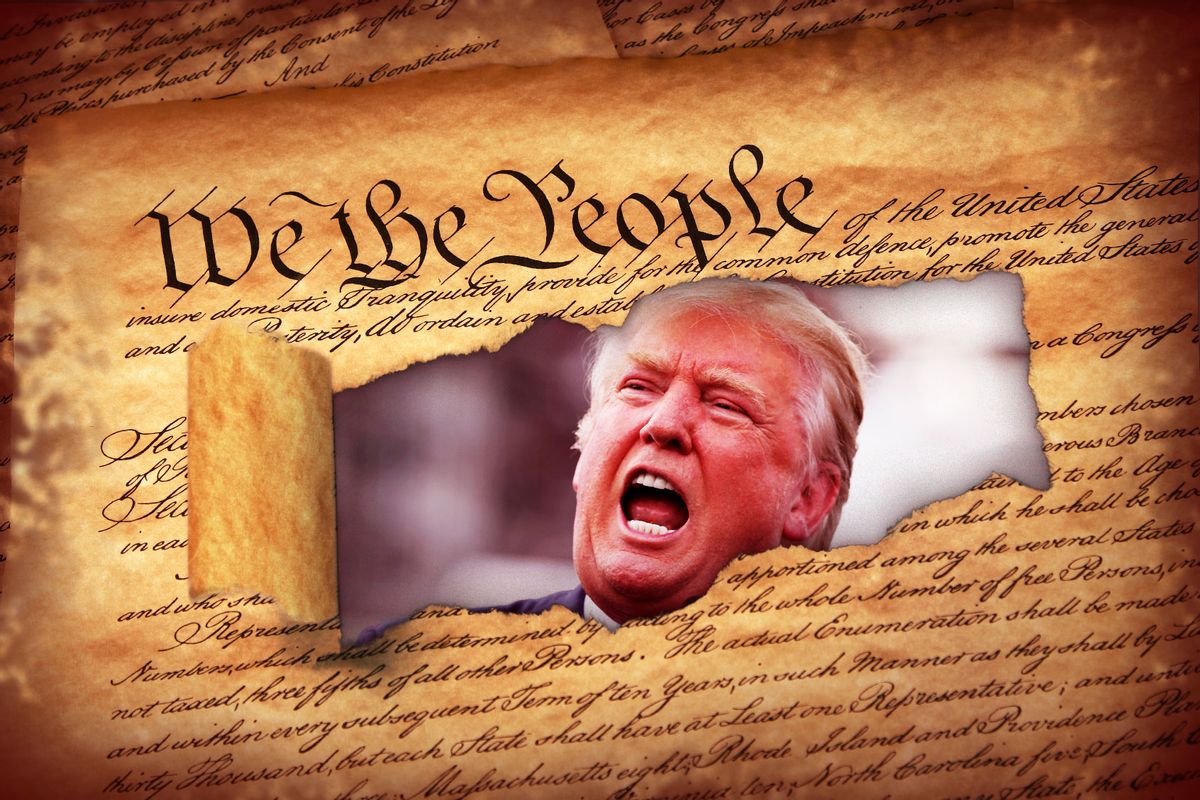 In the days after the Capitol riot of January 6, 2021, there was widespread hope across Beltway media that the violence of that day would cool the Donald Trump-fueled Republican hostility towards democracy. Not only had the insurrection itself failed but so had all the other efforts Trump had made to overturn the results of the 2020 election. Trump and his allies had made over 200 overtures to state officials to throw out the results of the election, according to the final report of the House-appointed January 6 committee. Trump filed 62 lawsuits in an effort to have the results evacuated, only to see the effort totally fail. A strong majority of Americans are repulsed by Trump's attacks on democracy. Four out of five Americans believe Trump acted "unethically or illegally" in trying to steal the 2020 election and nearly 70% say January 6 was a crisis point for the U.S. Under the circumstances, it was reasonable to expect the GOP to back down from these unpopular anti-democratic activities.

However, the opposite happened in 2022. A new report from Democracy Docket chronicling the election litigation in 2022 shows the trend moving forward, with Republicans continuing to file large numbers of lawsuits geared toward making it harder for Americans to vote or for those votes to be counted. In 2022, there were 93 anti-voting lawsuits filed across the country — fairly steady from 2020, when there were 95 lawsuits aimed at making it harder to vote or attempting to throw out votes. And in one aspect, things are getting worse: In 2022, the flood of lawsuits spread throughout state and federal races, instead of being driven by Trump's single-minded obsession with suing his way to victory in the 2020 presidential race.

As elections lawyer and Democracy Docket founder Marc Elias pointed out in his blog post on the report, there was nothing inevitable about this surge of Republican lawsuits attempting to disenfranchise voters. Trump wasn't on the ticket or actively orchestrating another coup effort. Nor were there temporary changes to voting laws that were the pretext for so many lawsuits during the COVID-19 pandemic.

There's only one explanation, he argues, for this deluge: "Republicans found themselves unable to persuade a majority of the electorate to support their candidates. This sparked a conviction among many on the right that their best hope to win elections rested on restricting who can vote and shaping the electorate."

Political scientist Scott Lemieux concurs. At his blog Lawyers, Guns & Money, Lemieux titled a recent post, "Republicans Trend Towards Authoritarianism Because What They Want To Do Is Massively Unpopular." In it, he notes "the core goal shared by all factions of the Republican conference is to gut Medicare, Medicaid, and Social Security" — all ideas that are notorious losers at the ballot box. Unable to persuade voters to back their policy preferences, he argues, Republicans are increasingly looking for ways to enact their agenda outside of democratic means.

"Democracy is a methodology of government that has failed as miserably as socialism," declared Republican John Fuller, a Montana state representative, in an op-ed for the Flathead Beacon in February last year. He goes on to compare American democracy to the "tyranny of King George" and argues that "democracy is two wolves and a sheep discussing what's for dinner."

Fuller is especially outspoken, but his views sit comfortably with the rest of the GOP. This week, Abe Streep at the New York Times Magazine takes a deep dive into how Montana politics have been captured, through Republican leadership, by Christian nationalists who wish to impose their views by fiat. The Republican governor, Greg Gianforte, belongs "to a church in Bozeman adhering to a literal interpretation of the Bible that rejects evolution and considers homosexuality a sin," which hosts a men's group that features readings about the alleged evils of anti-racism.

Montana is one state with a small population, but, Streep argues, it's an important data point. Montana, he writes, "has long been one of the most politically independent states in the union," with a Republican party that tended to exhibit a more libertarian bent. But in recent years, "the dominant voice is that of the far right."

This has also been on display in the U.S. Congress, where the slim Republican majority in the House has embraced a slate of demands from the far right, many of which are geared toward stopping investigations that might reveal any conspiracies that helped lead to the events of January 6. House Republicans gutted the Office of Congressional Ethics, which had the power to look into accusations that Republican members of Congress were involved in Trump's attempted coup. They've also started a subcommittee called "Weaponization of the Federal Government," which Republicans say is necessary to stop federal law enforcement overreach. Critics, however, point out that the main targets appear to be any federal officials who are investigating the January 6 attacks and other right wing efforts to intimidate elected officials or government employees.

Last week, supporters of defeated far-right former president Jair Bolsonaro rioted in Brazil, for the apparent purpose of overthrowing the current leftist president in favor of the hard-right Bolsonaro. While much of the media speaks only of how this attack "echoes" that of January 6, more in-depth reporting has exposed the many links between Trump and Bolsonaro. Trump's former advisor Steve Bannon, for instance, was involved in both the "command center" efforts of the attempted Trump coup in 2020 and has reportedly been advising the Bolsonaro family for months. He and other Trump allies have been openly cheering on the Brazilian insurrection and spreading lies about a "stolen" election to justify it.

In December, Trump posted a statement calling for the "termination" of the Constitution so he could be restored to the White House. Since then, most Republican leaders have been silent about Trump's views while continuing to celebrate him. After winning the Speakership over the weekend, Rep. Kevin McCarthy, R-Calif., declared, "I do want to especially thank President Trump." January 6 failed to get Trump the illegal hold on power he demanded, but he continues to dominate the Republican party.