Keep your lips to yourself, Katy Perry

It's a good time to remind ourselves that #MeToo also means men, too 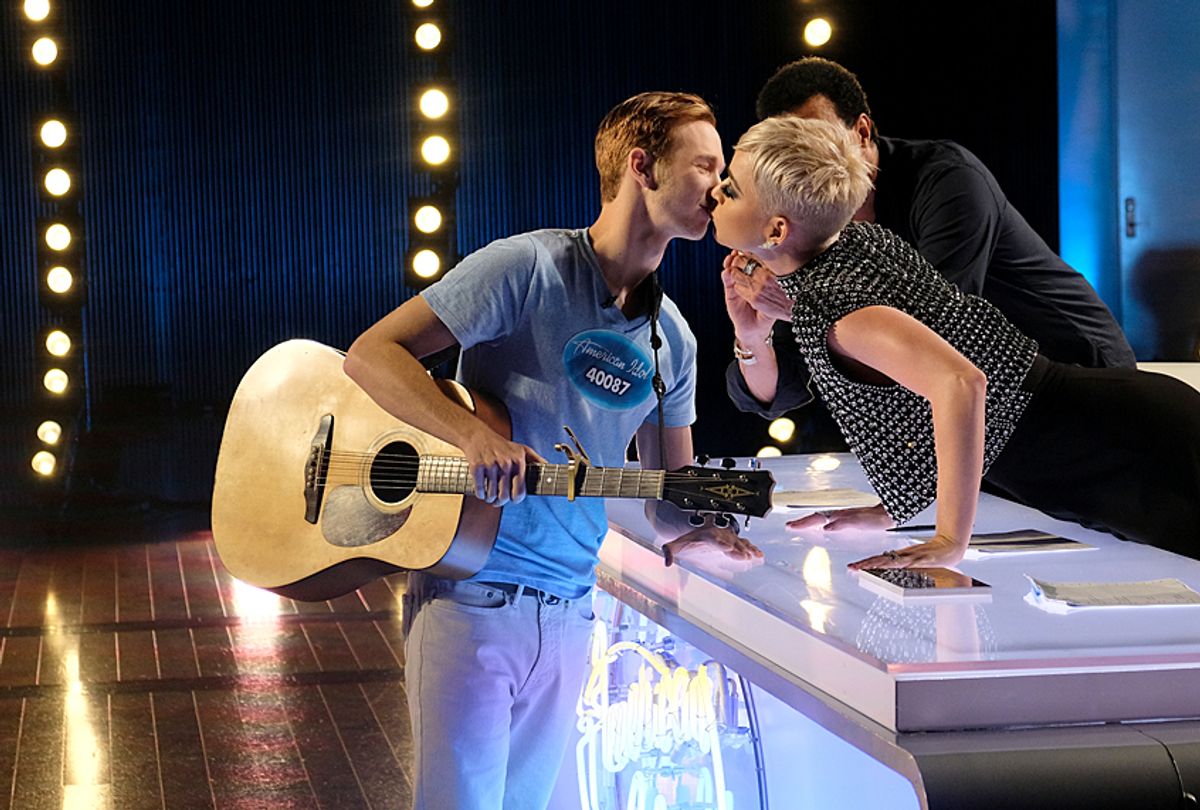 It was just a teasing little joke. It was, when you think about, a compliment. Flattering, really. Someone famous, and older, granting the kind of attention that a lot of people would probably love to get. And a recipient who politely shrugs it off. So . . . What was the big deal?

As the mixed reactions to Katy Perry's tone deaf behavior on the reboot of "American Idol" play out this week, it's a good time to remind ourselves that #MeToo also means men, too. And you should keep your lips to yourself unless you're explicitly invited to do otherwise.

During an early tryout for the show, 19-year-old Benjamin Glaze from Enid, Oklahoma mentioned that one of the benefits of his job as a cashier included meeting "cute girls." But when judge Luke Bryan asked, referencing Katy Perry's 2008 breakthrough earworm, “Have you kissed a girl and liked it?” Glaze demurred. “I have never been in a relationship," he explained. "And I can’t kiss a girl without being in a relationship."

Hearing that incredibly clear bit of information, Perry then commanded Glaze to come over for a peck on the cheek. Unsatisfied with his first modest attempt, she then demanded a redo, but turned her head to get him on the lips."Did you get him?" Bryan asked, as Perry nodded triumphantly. The pair then joined in a high-five with fellow judge Lionel Richie.

Glaze, perhaps rattled, went on to give a faltering performance to his wincing judges and was swiftly eliminated. But he told The New York Times this week that he is undisturbed by the incident. “In that way,” he said, “I’m glad she did it, because it’s a great opportunity to get my music out.” And he said his friends back home "agreed with me that it didn’t really count. It was lip contact versus a romantic situation with someone you care about. That’s what a real first kiss is." Glaze is entitled to his own narrative, and if it didn't bother him, great.

Regardless, it's hard to imagine — especially given the recent accusations of sexual harassment against "Idol" host Ryan Seacrest — that the show would have been as eager to promote the incident as a contestant's "first kiss and audition" had the dynamic instead taken place between a teenaged female and a powerful, 14-years-older-than-her male entertainer. Time.com also similarly described the event by saying that "Katy Perry gave 'American Idol' contestant his first kiss," as if it were something bestowed upon him rather than taken from him.

But anyone watching the clip would be hard pressed to interpret it as a mere chaste gesture of good luck, when it reads instead a whole lot like an entitled celebrity's disregard of a young person's private and religious convictions. The idea that someone might not want to kiss them is — I promise — a thought that does not run through the minds of most harassers, too.

The dynamics of gender and the historical imbalances of power make all of these issues more complicated than simply saying, "Imagine if the sexes were reversed." But even on the otherwise entirely wonderful "Queer Eye," it's not great watching a group of men descend upon a workplace in the season finale, designate the alpha sex symbol of the group and playfully lavish unbridled attention on him. It wouldn't kill the Fab 5 to watch "Nine to Five" and learn a thing or two from Doralee's journey.

While the silence breakers of the #MeToo movement have been overwhelmingly female, the stories from men like Terry Crews, Corey Feldman, Brendan Fraser, Anthony Rapp and others serve as evidence that anyone can be exploited. A Marketplace-Edison Research Poll released earlier this month notes that, in 2017, "nearly one in five — of all sexual harassment allegations filed with the U.S. Equal Employment Opportunity Commission came from men."

On the spectrum of poor behavior, is Katy Perry suddenly Harvey Weinstein? Did she commit assault; did she pathologically sabotage someone's career? Not even close. But she did take something that she did not have the right to take, because she lacked the imagination to consider her behavior would be unwanted. And she showed that women can have just as much of an empathy deficit as anyone else.