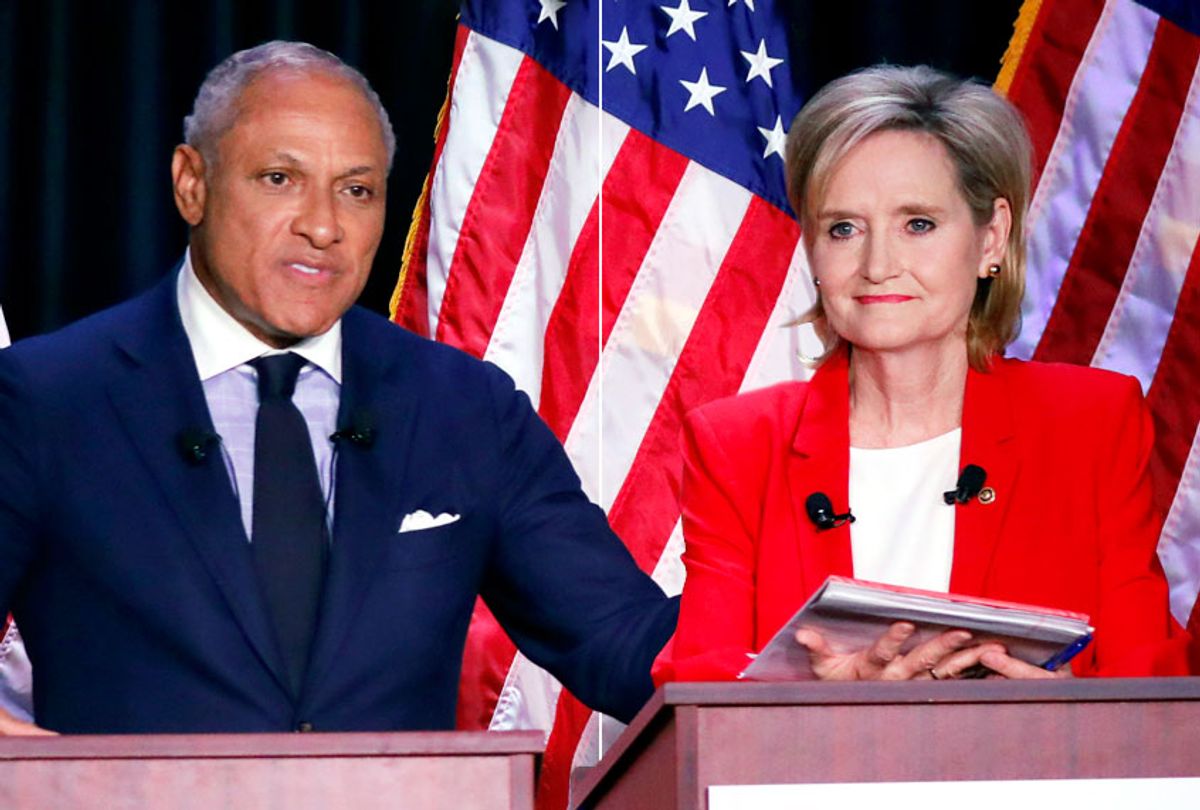 Mississippi voters on Tuesday elected controversial Republican Cindy Hyde-Smith to a full Senate term, putting an end to a tumultuous runoff election, the last federal election of the 2018 midterms.

Sen. Cindy Hyde-Smith, an incumbent appointed to office in April to fill longtime Republican Sen. Thad Cochran's seat, defeated Democrat Mike Espy, a former U.S. secretary of agriculture under Bill Clinton, to become the first woman elected to the position in the state's history. Hyde-Smith was already appointed to the Senate by Mississippi's Republican governor, Phil Bryant, after Cochran resigned but faced an election to fill the remainder of his term. Because neither Hyde-Smith nor Espy garnered more than 50 percent of the vote on Election Day — both received slightly more than 40 percent — the race advanced to a runoff.

President Donald Trump, seemingly anxious to cap off the 2018 midterm election season with a Republican upset, urged voters on Tuesday to turn out for Hyde-Smith, the embattled Republican who has faced mounting backlash over racially divisive incidents that surfaced in the weeks following the general election. On Monday, Trump staged an intervention and swooped into the state, staging two rallies and one roundtable event, in an attempt to seal the deal for Hyde-Smith, whose candidacy has appeared uncertain in the final weeks of her campaign.

Hyde-Smith's campaign and apparent nostalgia for Confederate tradition, along with a history of making racially insensitive remarks, stirred painful memories of Mississippi's long and dark past.

During the campaign, she said she would sit "in the front row" at a "public hanging." It was also revealed that she once sported Confederate military gear and graduated from an all-white private school — sometimes known as a "segregation academy" — while sending her daughter to another. She also co-sponsored a resolution in Mississippi's state senate in 2007 that praised a Confederate soldier for his efforts to "defend his homeland," pushed a "revisionist view of the Civil War" and said voting should be "a little more difficult" for "liberal folks."

Hyde-Smith's "public hanging" remark had caused her financial prowess to dwindle, as Walmart, Major League Baseball, AT&T and other corporate entities asked her to return campaign donations. But there was no mention of returning the funds before Tuesday's election. Hyde-Smith apologized for her "public hanging" comment, which she maintains was made in jest.

As Hyde-Smith attempted to push back against the political fallout from a disastrous stretch of her senate campaign, her polling advantage over Espy seemed to have dwindled along with her campaign funds. Her ongoing scandals gave Democrats legitimate hopes of flipping one more red seat in the deep South. Espy was initially considered a long-shot candidate, but the same was true in last year's special election race in Alabama when Democrat Doug Jones pulled off a stunning upset over Roy Moore — a controversial Republican former judge who was damaged by multiple allegations of sexual misconduct.

Strong Democratic turnout — especially among black voters — and an embattled Republican candidate lifted Jones to his surprise victory in Alabama. Espy hoped for a similar outcome in Mississippi, where 35 percent of the electorate is African-American.

Chances of a Democratic victory in Mississippi — a state Donald Trump won by nearly 18 percentage points in the 2016 election and whose senior senator, Republican Roger Wicker, was re-elected by nearly 20 points earlier this month — still appeared remote. Mississippi has not elected a Democrat to the Senate since 1982.

The results of Tuesday's runoff finalize the balance of power in the Senate.

As it stands, Republicans will hold 53 seats next year and Democrats will have 47. A win for the GOP in Mississippi furthers the GOP's Senate majority. Republicans defeated Democratic incumbents in Florida, Indiana, Missouri and North Dakota, but lost seats in Arizona and Nevada.

Hyde-Smith was the state's agriculture commissioner and a Mississippi state senator. She served as a Democrat until 2010, when she switched to the Republican Party. She has since touted her conservative stances on issues like abortion, immigration and gun rights. After taking her current Senate seat, Hyde-Smith became the first woman to represent Mississippi in either chamber of Congress.

Espy, meanwhile, would have become Mississippi's first black senator since the era of Reconstruction.

During the campaign, Espy touted his federal-level experience — which comes with some baggage. The 64-year-old Democrat previously served in the House of Representatives for six years before going on to serve as President Bill Clinton's secretary of agriculture from 1993 to 1994. Bu Espy was forced to step down amid an ethics probe of allegations that he improperly accepted airplane and sports tickets. While he was eventually acquitted on all charges, the Mississippi Democrat has been out of public office for nearly 25 years, spending the past decade as a private attorney.