2018 has been the longest year ever

A guide to everything you forgot, or missed the first time, that happened just over the past 12 months 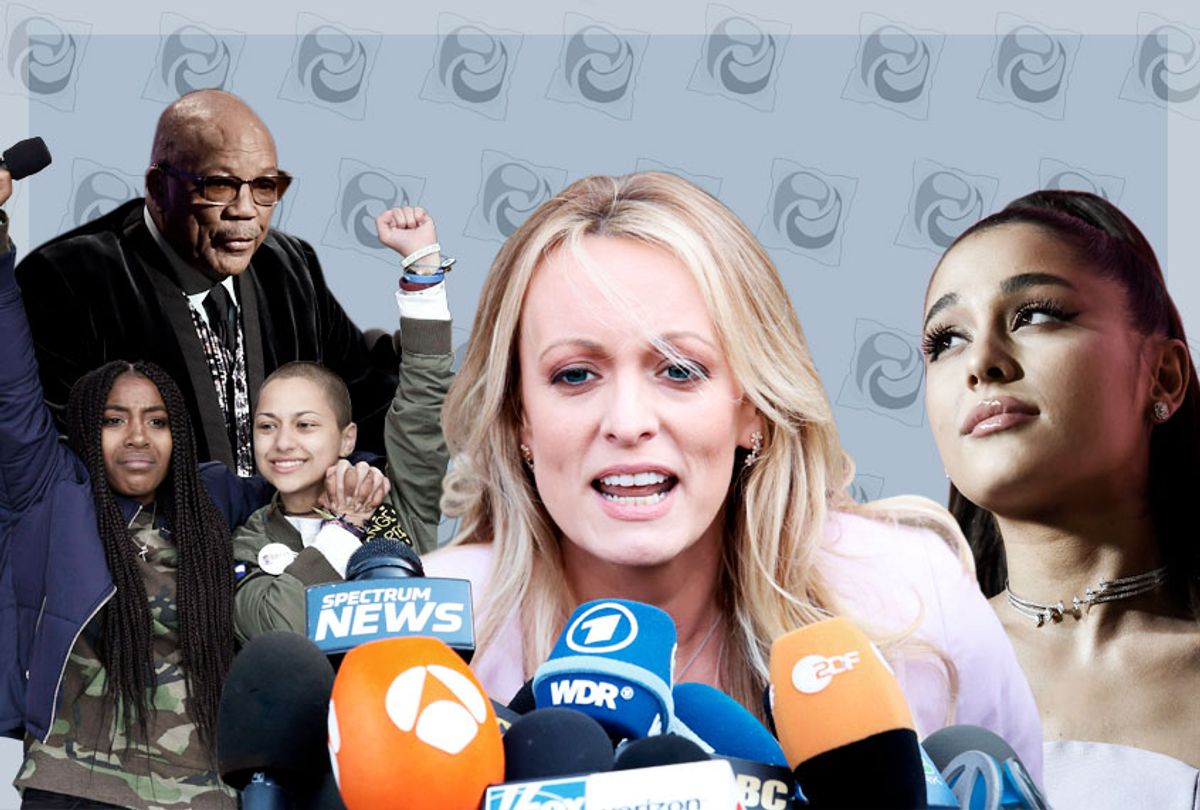 Is there a scientific name for the phenomenon of feeling like you are aging very rapidly but also that time has compressed itself? That sense that every morning you wake up feeling like Rip Van Winkle, exponentially older and having missed several eras of history? Or are we just calling it 2018?

It's not your imagination — this year been at least three years long. When I got a phone call last week from a local hospital asking me to take a survey on my recent experience there, I told them they had the wrong person. I'd clean forgotten I'd been in the ER this fall for an infection and spent ten days on antibiotics. I can safely say that any other year, I'd remember being in the ER just a few weeks earlier, but now, I just think, "that was eight thousand news cycles ago."

Do you recall there was an Olympics, a World Cup and a royal wedding this year? Do you remember where you were the first time you heard "Baby Shark"? Because it all feels like a super long time ago.

In just the six months between May and November, Ariana Grande broke up with Mac Miller, started dating Pete Davidson, got engaged to Pete Davidson, released an album with a track called "Pete Davidson," grieved the death of Mac Miller, broke off her engagement to Pete Davidson and released a single about her breakups that catapulted to the top of the Billboard singles chart. There were also tattoos and then new tattoos to cover the tattoos, as well as co-ownership of a pet pig. I AM EXHAUSTED.

Tide Pods "challenge" panic: This one, along with the deluge of accompanying memes, technically started in 2017, but the media blitz caught up early this year. In January, the Independent gave the dire warning that "a new trend is sweeping social media," while the Washington Post pondered that "It’s not certain how the Tide pod fad got started." That was the month I made mini cupcakes topped with orange and blue frosting swirls for my teen daughters' shared birthday. Well, it seemed as topical then as it's quaintly dated now.

The Parkland shooting sparked a new generation of activists. Before they were known as student leaders, people like Emma Gonzalez and David Hogg were just known as students. The February mass murder at Stoneman Douglas High School shooting changed that. And the teenagers who'd grown up in a post-Columbine America decided they'd had enough. The debate over gun violence is far from settled, but the fact that young adult voter turnout surged in November suggests that this demographic's attention span isn't so short.

Kate Spade and Anthony Bourdain died by suicide, three days apart: And for about five minutes there was some public discourse on mental health and suicide.

Everybody got to #DoTheShiggy: On the same day that Drake's "Scorpion" dropped, Instagram comic Shiggy took a step toward next level social media glory by showing off his moves to "In My Feelings." Ciara, DJ Khaled, Will Smith and every other person with a cell phone soon immediately followed.

The Golden State killer suspect was caught: If you're the kind of person who has Google alerts set for a variety of unsolved mysteries, 2018 was overwhelming. You'd be excused if you're having trouble now remembering a time before rapid fire DNA breakthroughs, most notably the one that led to the arrest of Joseph James DeAngelo in connection with a spree of rapes and murders that began in the early 1970's. But other decades-old mysteries, including the identity of a murder victim known previously only as "Buckskin girl" and a suicide known as "Lyle Stevik," were resolved. And arrests in the high profile murders of April Tinsley, Mandy Steingasser, Lyn Dawson, and Lauria Bible and Ashley Freeman all also came through, in just the past few months.

Quincy Jones redefined the celebrity interview. It's perhaps unsurprising that a legendary hitmaker with a platinum touch would  turn a February profile in Vulture into  solid gold celebrity dragging. Brando? He'd "f**k a mailbox." The Beatles? "No-playing motherf**kers." It's hard to choose just one highlight — is it when he said who killed Kennedy, or just permitted the silence speak for itself when asked about his "brother" Bono's musicianship?

"Roseanne" returned, crashed, burned and transformed: It was the reboot of the year — a timely return of one of television's most iconic blue collar families. But then in May, just two months after "Roseanne" came back to ABC, the network cancelled the show in the wake of the star's racist Twitter comments about former Obama advisor Valerie Jarrett. Vowing that "No witch hunt can silence her," Roseanne Barr has now taken to YouTube. Meanwhile, a sorta spinoff now called "The Conners" debuted in October — with Roseanne Conner dead and buried.

Banksy sold, and then shredded, a famed work: After fetching $1.4 million at Sotheby's, the reclusive artist's famed “Girl With Balloon” promptly began self-shredding before getting stuck midway. On his website, Banksy shrugged, "In rehearsals it worked every time," but the half wrecked version became instant inspiration for both big brands and Halloween costume makers. It's been a long time since there was such a pivotal moment in art, and it already feels like it's been a long time since it happened.

Stormy Daniels came into our political lives: Can you remember a time when you didn't know the outspoken adult film star? No playing if your name is Michael Cohen.

In January, the Wall Street Journal reported that Trump's attorney had brokered a $130,000 payment to Daniels for her silence before the 2016 election. Her book "Full Disclosure" came out in October. In December, Cohen was sentenced to three years in prison for, among other things, campaign-finance violations related to payments made to Ms. Daniels.

There was a false ballistic missile alert in Hawaii: There have been so many crap-your-pants-in-terror incidents since January that this one feels like a lifetime ago. But it was only eleven months ago that a false threat alert warning residents of Hawaii of an attack and to "seek immediate shelter." Within two minutes, police and emergency services were notified it was an error. But some residents didn't find out until the follow up alert on their phones a half hour later, assuring, "There is no missile threat or danger to the State of Hawaii. Repeat. False Alarm."

The New York Times published an anonymous op-ed: For a moment in September, New York Times readers — and current occupants of the White House — were in a tizzy over an unsigned op-ed from a high ranking official acknowledging "the president’s amorality" and the "resistance" from the self-proclaimed "adults in the room." It did exactly as much to change anything as kicking Sarah Sanders out of a restaurant did (also this year!), which is to say, absolutely nothing.