The move is breakthrough for Democrats, who have struggled to secure documents and testimony from key witnesses 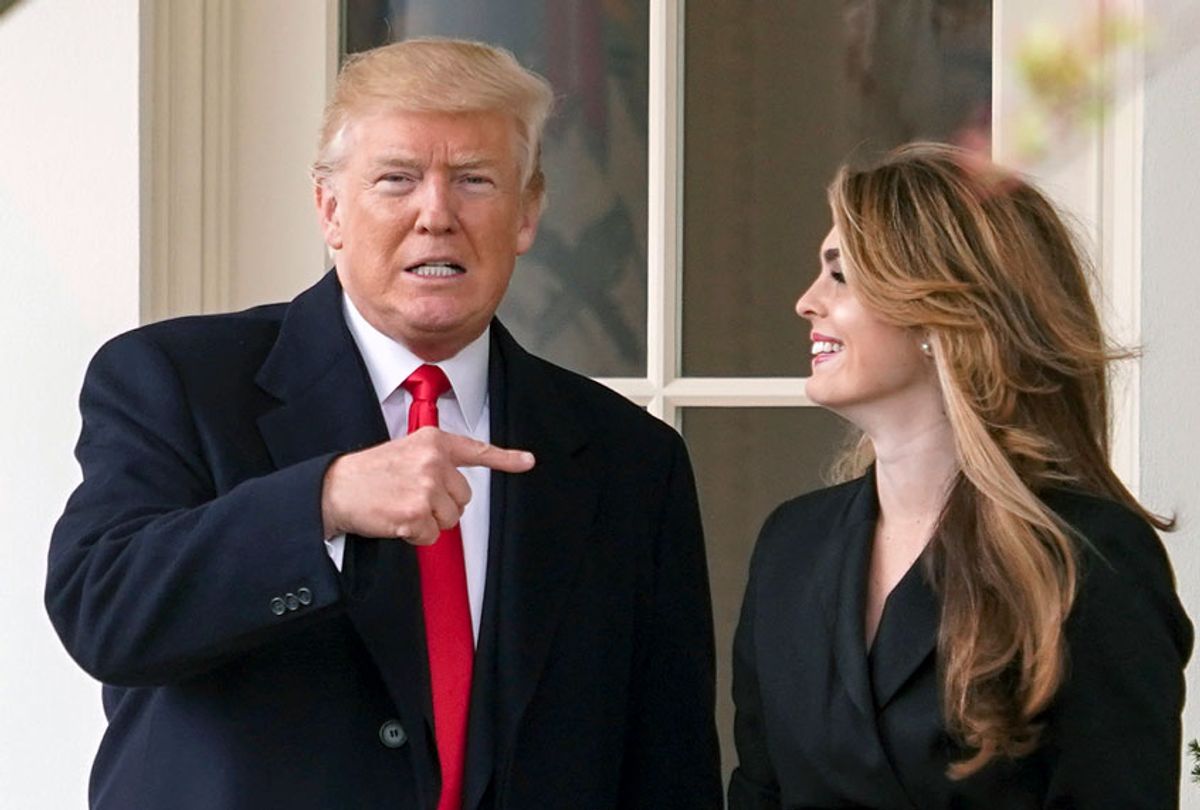 Hope Hicks, the former White House communications director to President Donald Trump, has agreed to a closed-door interview with the House Judiciary Committee, the panel announced Wednesday. The move marks a breakthrough for Democrats who have been frustrated by the White House's attempts to push back against congressional inquiries targeting the executive branch.

The House Judiciary issued a subpoena to Hicks, a close and trusted adviser to the president who worked on his presidential campaign and in the White House, last month as part of the panel's investigation into allegations of obstruction of justice, public corruption and other potential abuses of power by Trump, his associates and other members of his administration.

Her June 19 interview will mark the first time a former Trump aide has testified before the committee as part of its probe. It is unclear whether Hicks will answer many of the panel's questions related to her time in the White House. It is possible — and likely — that the White House will assert executive privilege to prevent her from answering questions about her time at 1600 Pennsylvania Ave.. The White House previously directed Hicks and another former White House aide, Annie Donaldson, not to comply with a subpoena for documents related to their tenure with the Trump administration earlier this month, although Hicks has turned over documents related to her time with the Trump campaign.

"It is important to hear from Ms. Hicks, who was a key witness for the special counsel," he said. "Ms. Hicks understands that the committee will be free to pose questions as it sees fit."

The House Judiciary Committee has struggled to secure documents and testimony from key witnesses amid a feud with the White House. The panel also wants to hear from Don McGahn, the former White House counsel at the center of special counsel Robert Mueller's report on Russian interference, who defied subpoenas for documents and testimony at the direction of the White House. The president has made it clear that he does not want any current or former West Wing aides to cooperate with House Democrats as they dig into whether Trump obstructed justice, the administration's efforts to add a citizenship to the 2020 census, alleged mismanagement in the White House security clearance procedures, the president's finances and his administration's immigration policies.

The panel also wants to hear from Mueller, the former special counsel, who made it clear in his only public comments about the Russia probe that he does not want to take questions from lawmakers or speak further about his 448-page report.

Mueller said there was insufficient evidence to show a criminal conspiracy between the Trump campaign and Moscow, and declined to reach a conclusion on whether the president committed obstruction, despite detailing at least ten episodes of possible obstruction in his report. Mueller said last month that he could not charge Trump with a crime due to longstanding Justice Department policy that prevents a sitting executive from being indicted.

"We did not make a determination as to whether the president did commit a crime," Mueller said in his first public remarks since he completed his investigation in March, citing the Justice Department's policy that a president "cannot be charged with a federal crime while he is in office. That is unconstitutional. Even if the charge is kept under seal and hidden from public view, that too is prohibited."

"If we had confidence that the president clearly did not commit a crime, we would have said so," Mueller said.

Hicks, who Trump affectionately calls "Hopey," enjoyed a close relationship with the president and his family. (Her first job in 2011 was at Hiltzik Strategies, a communications consulting firm that represented the fashion line of Ivanka Trump, the president's eldest daughter, which is how she got in with the Trump family.) She often spent hours in the Oval Office and appeared to occupy a different place in Trump's orbit than other former staffers. The president has repeatedly lauded the former West Wing aide, who became a top press adviser for his 2016 campaign and during the first year-plus of his White House tenure before leaving to take a job at Fox Corporation, the media company which spun off from 21st Century Fox's merger with the Walt Disney Company.

Hicks' coziness with Trump made her a key witness for Mueller during his nearly two-year investigation. She was interviewed for roughly nine hours by Mueller and the House Intelligence Committee behind closed-doors last year, and her exit from the White House came within 48 hours of her admitting to the committee that she had told "white lies" on the president's behalf.