"Many people are unhappy": NBC renews Noah Oppenheim’s contract amid fallout from "Catch and Kill" 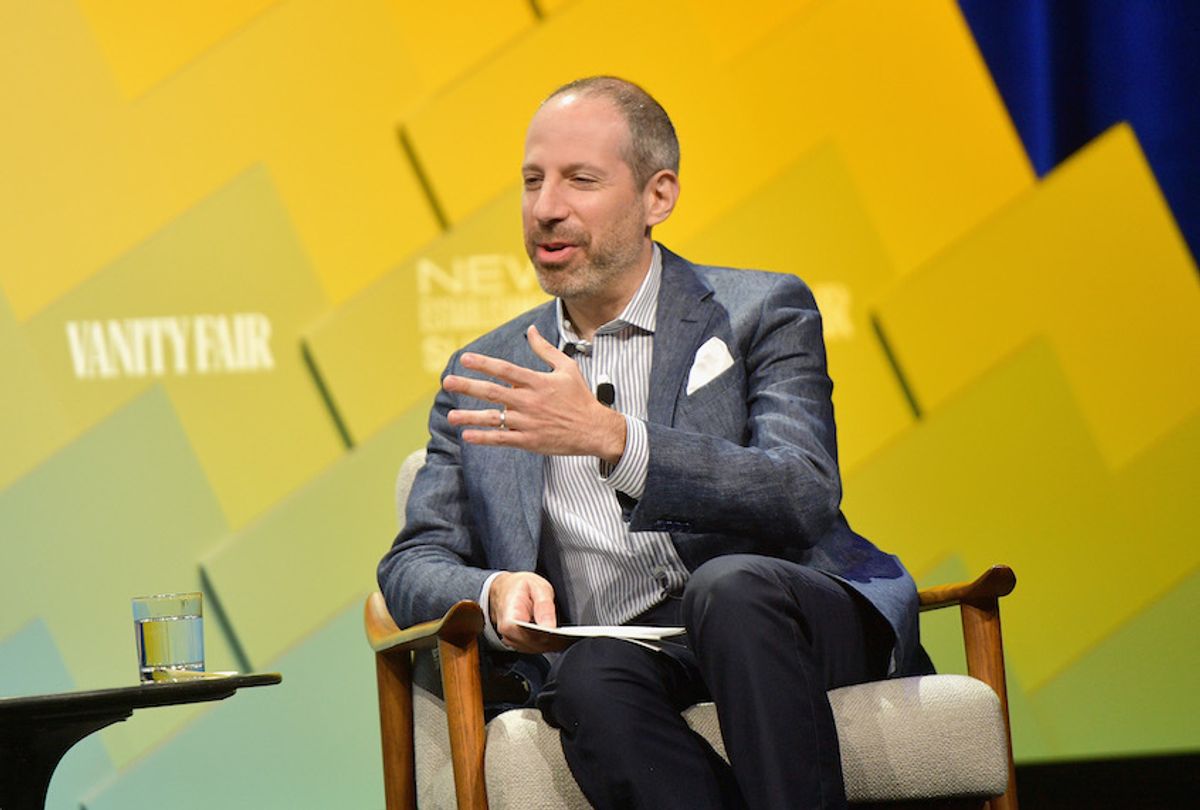 NBCUniversal renewed Noah Oppenheim's contract in recent months as the NBC News president has faced intense criticism over allegations that he was a key figure in the network's decision to quash former anchor Ronan Farrow's bombshell report revealing the alleged sexual harassment and assaults by movie mogul Harvey Weinstein that catalyzed the #MeToo movement.

The contract renewal "is a strong endorsement for an executive who has been at the center of such a controversy," wrote the Wall Street Journal, the outlet which first broke the story. NBCUniversal Chief Executive Steve Burke plans for Oppenheim to succeed NBC News Chairman Andy Lack after the 2020 presidential election, outlet reported.

According to two sources at NBC, news division employees first found out about the personnel decision after reading it the news.

"Many people are unhappy," one current employee in NBC's news division told Salon in response to the news that Oppenheim's contract had been renewed. "It sends a terrible message."

Farrow has alleged that Lack and Oppenheim told him that his reporting on Weinstein was not ready to be published. He then took it to the New Yorker, where it won the Pulitzer Prize and propelled the decades-old #MeToo moment. Oppenheim has come under mounting scrutiny in recent weeks as excerpts of Farrow's recently-published book began to surface.

In the book, "Catch and Kill: Lies, Spies, and a Conspiracy to Protect Predators," Farrow claimed that NBC thwarted the story he was working on about Weinstein in the summer of 2017 for a host of reasons, including to protect former "Today" host Matt Lauer, who faced similar accusations.

Farrow claims in the book that NBC brokered nondisclosure agreements and seven-figure payouts with at least seven women who alleged sexual harassment or discrimination at the company. He also claims that the network sought to silence employees who reported Lauer's misconduct prior to his firing in November 2017.

NBC, meanwhile, has dismissed accusations that management knew about and took steps to conceal Lauer's misconduct in the years before his ouster. The network has repeatedly claimed it first learned of the disgraced anchor's behavior after an employee filed a complaint against him in November 2017. Lauer was fired within 24 hours after NBC learned of the complaint, the network has said.

In a memo to staff after Farrow's book was published, Oppenheim alleged that Farrow had an "axe to grind" and was engaging in a "smear" campaign.

Both Weinstein and Lauer have denied the accusations against them. Weinstein is scheduled to go on trial in January for criminal charges, including rape.

In addition to its failed relationship with Farrow, NBC News executives have also faced criticism for luring former Fox News anchor Megyn Kelly to the network with a huge contract only to cancel her show and allow her to leave the company with a $30 million payout after she suggested on its venerable "Today" show franchise that blackface was not racist.

The network also came under scrutiny for providing "Nightly News" anchor Brian Williams a second chance on MSNBC after it was revealed that he fabricated a number of stories. In 2016, it reportedly sat on footage of then-presidential candidate Donald Trump bragging about groping women during a 2005 appearance on "Access Hollywood." That story was broken by the Washington Post's David Fahrenthold, who won a Pulitzer Prize for his coverage of the infamous tape.

And earlier this week, author and activist Sil Lai Abrams, who has accused music mogul Russell Simmons of rape and former "Extra" co-host A.J. Calloway of sexual assault, said that NBC News killed her story in 2018 — just like it did with Farrow's expose of Weinstein's misconduct.

In an essay published in the Daily Beast, Abrams claimed that NBC put her through an elaborate vetting process, which dragged on for months. When the network eventually passed on the story, which was being reported by MSNBC host Joy-Ann Reid, Abrams took it elsewhere. Last year, her story was published in the Hollywood Reporter, where Abrams also detailed her issues with NBC News. (Read Salon's Melanie McFarland's report.)

"When I approached Joy, I had no idea that NBC had a reputation for not breaking news about men accused of sexual assault. Therefore, I had no reason to believe my story would be derailed by the network," Abrams wrote in her Daily Beast essay. "NBC put women's lives at risk. This is one of the darkest of NBC's sins."

After the article was first published in June 2018, MSNBC said in a statement, "When MSNBC pursues any investigative story our mission is always to be as thorough as we can, to scrutinize sources and corroborate information before we report. Anything else falls short of our journalistic standards."

Meanwhile, NBC came under scrutiny from one of its own on air last week when MSNBC host Chris Hayes praised Farrow's new book and addressed allegations that the network thwarted Farrow's reporting.

"Ronan Farrow walked out of NBC News while working on the Weinstein story, and, within two months, published an incredible article at the New Yorker that not only won a Pulitzer, but helped trigger a massive social and cultural reckoning that continues to this day," Hayes said on his Oct. 14 show. "The insidious, destructive force of the path of least resistance is everywhere you look. Heck, I feel the tuck of it myself as my own news organization is embroiled in a very public controversy over its conduct."