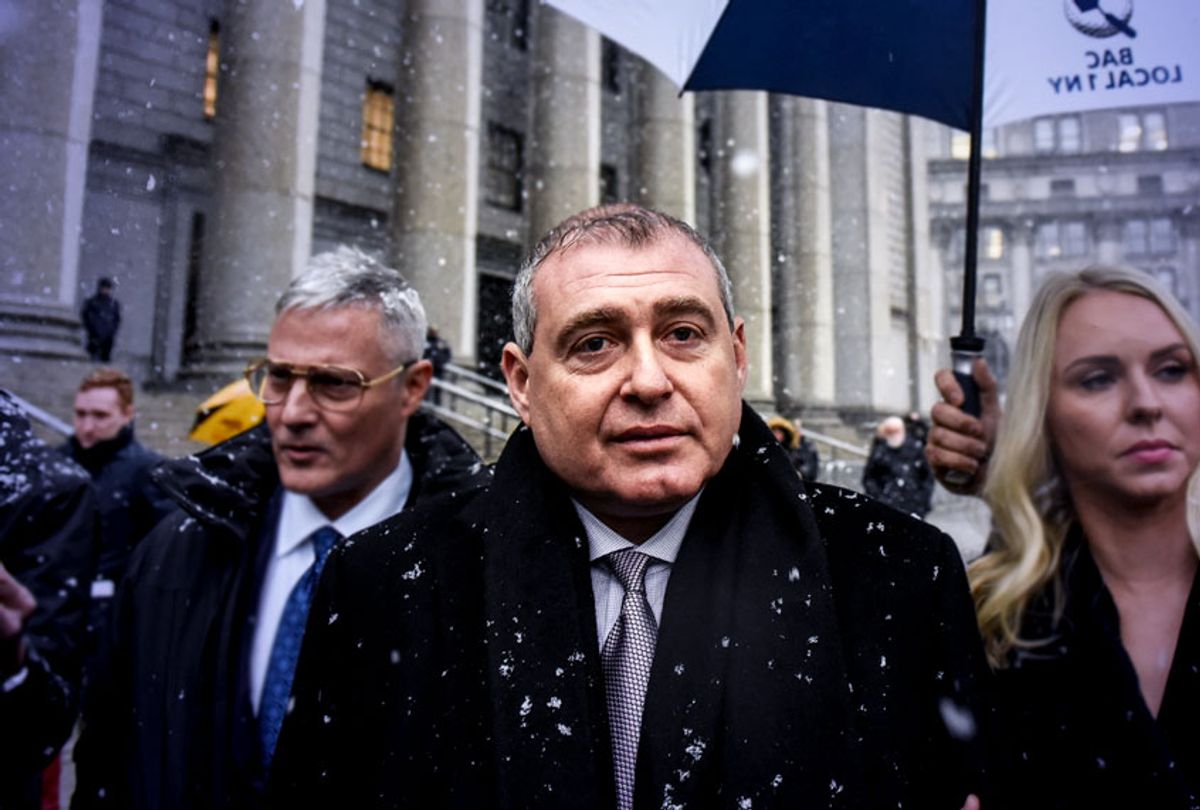 Lev Parnas, an indicted former associate of Trump attorney Rudy Giuliani, asked a judge to turn over the contents of an iPhone and other documents seized after his arrest, his lawyer said.

The Department of Justice will turn over documents seized from Parnas’ home and an iPhone seized during his October arrest on Tuesday, according to a letter Parnas’ attorney Joseph Bondy filed in court to U.S. District Jude Paul Oetken. Bondy requested that the judge allow Parnas to turn those materials over to the House Intelligence Committee.

“Review of these materials is essential to the committee’s ability to corroborate the strength of Mr. Parnas’ potential testimony,” Bondy wrote.

Parnas is currently under a court order not to share the materials with anyone, according to The Daily Beast. Oetken previously said he would allow Parnas to turn materials in the case over to Congress, because it would be in the “public interest.” The Justice Department said it had no problem with Parnas handing over the materials.

It is unclear whether House investigators are still interested in interviewing Parnas, whom they subpoenaed after his arrest. The House has already voted to impeach President Donald Trump, but Speaker of the House Nancy Pelosi has not yet sent the articles of impeachment to the Senate for a trial.

Democrats are attempting to use forwarding the articles as leverage in negotiations for the parameters of a Senate trial. Senate Minority Leader Chuck Schumer has called for the Senate to call additional witnesses, but Parnas was not among them.

Bondy has repeatedly pushed for Congress to interview Parnas, vowing that he would provide the committee with “hard evidence” of wrongdoing by the Trump administration. Parnas has already turned over some photos, videos, audio recordings and documents to the Intelligence Committee, though he had been prevented from accessing the seized documents until this week.

Parnas was arrested alongside associate Igor Fruman at Dulles Airport in October. The two men, who played a key role in helping Giuliani hunt for damaging information on former Vice President Joe Biden in Ukraine, were charged with illegally funneling foreign money into Republican campaigns, including a $325,000 contribution to a pro-Trump super PAC. The men were also heavily involved in the scheme to oust former Ukraine Ambassador Marie Yovanovitch. Giuliani has said he needed Yovanovitch “out of the way” to pressure Ukraine to launch investigations into Trump’s rivals.

Both men pleaded not guilty, hired former Trump attorney John Dowd and vowed not to cooperate with the House subpoena. But Parnas had a change of heart and fired Dowd after Trump claimed that he did not know him. Parnas hired Bondy and has been seeking an interview ever since.

“He has material, first-hand evidence,” Bondy has claimed on Twitter.

Parnas’ associates told CNN that Trump personally assigned him a “secret mission” to pressure Ukraine into investigating the Bidens during last year’s White House Hanukkah party. Parnas and Fruman later met with top Ukrainian officials and offered a state dinner for the Ukrainian president in exchange for an announcement of the investigations pressed for by Giuliani, The Wall Street Journal reported.

After Ukraine elected new President Volodymyr Zelensky, Bondy told The New York Times that Parnas issued a threat to a Zelensky aide that military aid to Ukraine would be blocked, and Vice President Mike Pence would not attend the inauguration unless there was an announcement. Giuliani and Fruman both deny this, though Pence later abruptly canceled his appearance at the inauguration.

Parnas was clearly heavily involved in Giuliani’s efforts, frequently serving as a translator, and reportedly paid Giuliani $500,000 through his company, Fraud Guarantee. But his attorney’s calls for an interview also appear to be a play for leniency, similar to the strategy former Trump lawyer Michael Cohen used before being sentenced to three years in prison.

Prosecutors called for Parnas’ bail conditions to be revoked after discovering he received a $1 million payment from Russia in September, which he allegedly tried to hide from the government. The Justice Department said that Parnas was likely to be hit with additional charges in the case. Last week, one of Parnas’ attorneys quit his team, telling a judge that “Parnas’ apparent ability to fund his defense has diminished.”

Regardless of whether he testifies to Congress, Parnas’ arrest has landed Giuliani under heavy scrutiny from federal prosecutors. Prosecutors issued subpoenas last month, which suggested that investigators are probing a plethora of potential alleged crimes, including serving as an unregistered foreign agent and mail and wire fraud.