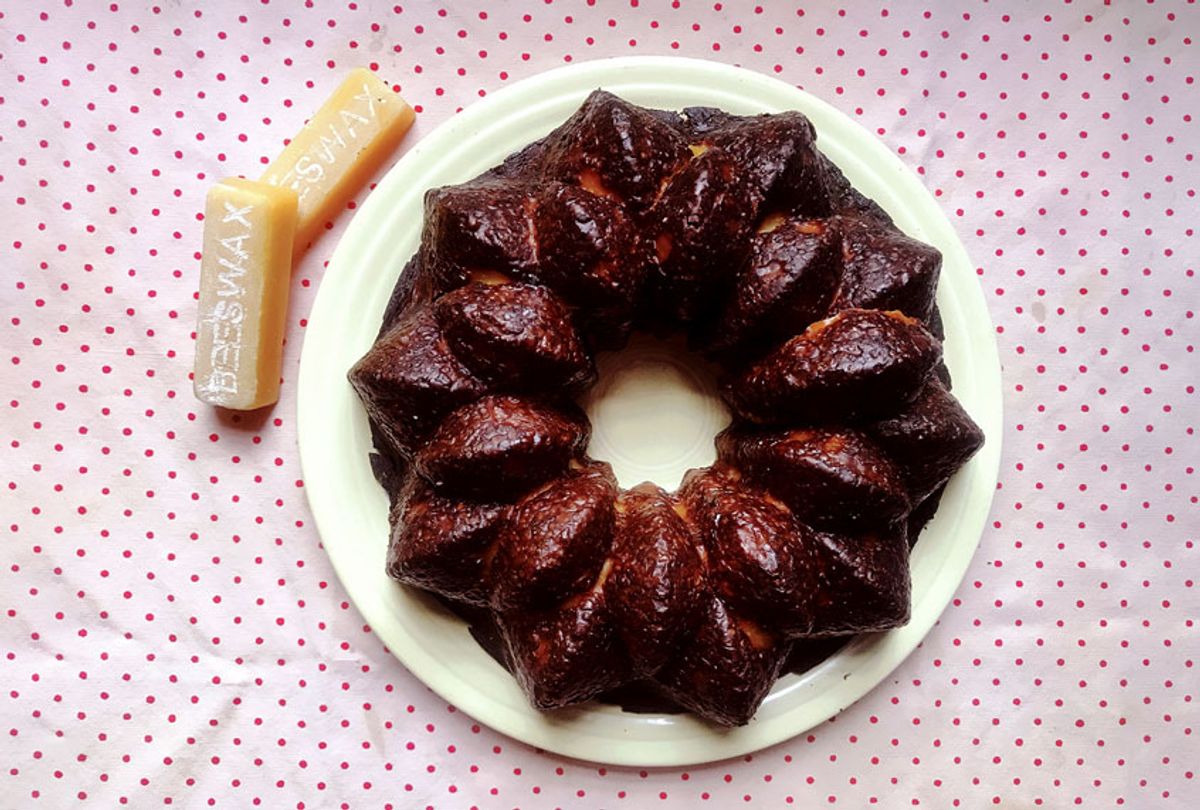 I don't know how your Fourth of July went this year. Mine was definitely a bust, but our American Independence Day has never been a great personal favorite. I prefer to use July to unleash my francophile side and go all in on Bastille Day.

A month in France as a high school exchange student left me with a permanent sense of entitlement about crossing my sevens and zees, plus a fascination with the French Revolution. TL;DR — the establishment of a republic did not go off without a hitch. Yet the storming of the Bastille remains a symbolic moment in the history of liberty. It was an act of protest against unjust detainment and incarceration, as well as the tyranny of the wealthy ruling class. It's so inspiring that it makes me want to bake something!

There's a reason the French adore their bakeries. French patisserie is a job best left to the experts. The techniques are complicated and precise, and the ingredients are often farfetched. There are, of course, some homey French desserts within the grasp of even a lazy baker like me, such as apple tarts or shortbread. Canelés, however, are not among them.

You don't need to buy several different whisks to pull off recipes like this French-inspired cake. Salon Food is a huge fan of the FlexiWhisk, a whisk with a balloon mechanism that allows you to change its shape. All you have to do is press a soft rubber button and push up to adjust the size to fit your mixing bowl.

In their defense, canelés are exquisite. They originated in Bordeaux, which is a place I have never visited. Instead, they're known to me mostly through a Korean chain of bakeries called Paris Baguette, where in pre-pandemic times I liked to pick up tiny afternoon sweets. Picture creme brûlée but in mini cake form — crackling, burnished crusts surrounding an eggy, ethereal center. They look deceptively plain — ugly, even — but the alchemy of texture and flavor is addictive.

I have been missing them acutely of late, an ache exacerbated by a long talk this week with an old friend who lives in France. Chatting with her, on the cusp of her adopted country's national holiday, I felt an itch for Paris that couldn't be scratched with a crisp sauvignon blanc and a Claire Denis movie. Too bad canelés are so intimidating.

Traditionally, they are baked in individual (expensive) copper molds, for "perfect heat conduction." The molds are greased in edible beeswax, which is one product I don't generally have at the ready in my pantry. Plus, the batter is strained and chilled for up to 24 hours before baking. I usually recoil from any recipe I know will make me cry if it doesn't turn out well, and there isn't anything about canelés that doesn't sound like a guaranteed sobfest.

RELATED: A sip of David Lebovitz's L'embrassadeur is the next best thing to being embraced by the warm sun

But what is a canelé pan but a tiny bundt? And without the beeswax, what is the ingredient list but a simple collection of kitchen basics? Surely I could hack this into a task my Breton top-wearing, Francois Hardy-listening, effortlessly cool inner French girl could actually manage.

And though there is tremendous variation in recipes out there regarding the number of eggs, types of sugar and flour to use and baking times, I ultimately mastered the canelé the same way I do most baking challenges. I just asked myself, "What would David Lebovitz do?" A reassuringly spare Instagram post from 2019 contains his old pastry school canelés recipe, with the most basic directions handwritten in English: "Boil. Add. Add. Refrig. 450°." What if it was just that easy?

I ultimately did decide to spring here for some real beeswax, which gives the cake its super glossy look and slightly honeyed flavor. (You can order it from Amazon.) ChefSteps says you can substitute butter, and I'm not so much of a purist to disagree. But I can tell you this: The cake was a breeze to make and absolutely stunning. And while it was denser than the delicate canelés of Paris Baguette, it did not make me cry — and my family inhaled it. Not exactly revolutionary, but this year, when celebrating liberté, égalité, fraternité, I can add canelé now, too.

For the white oil