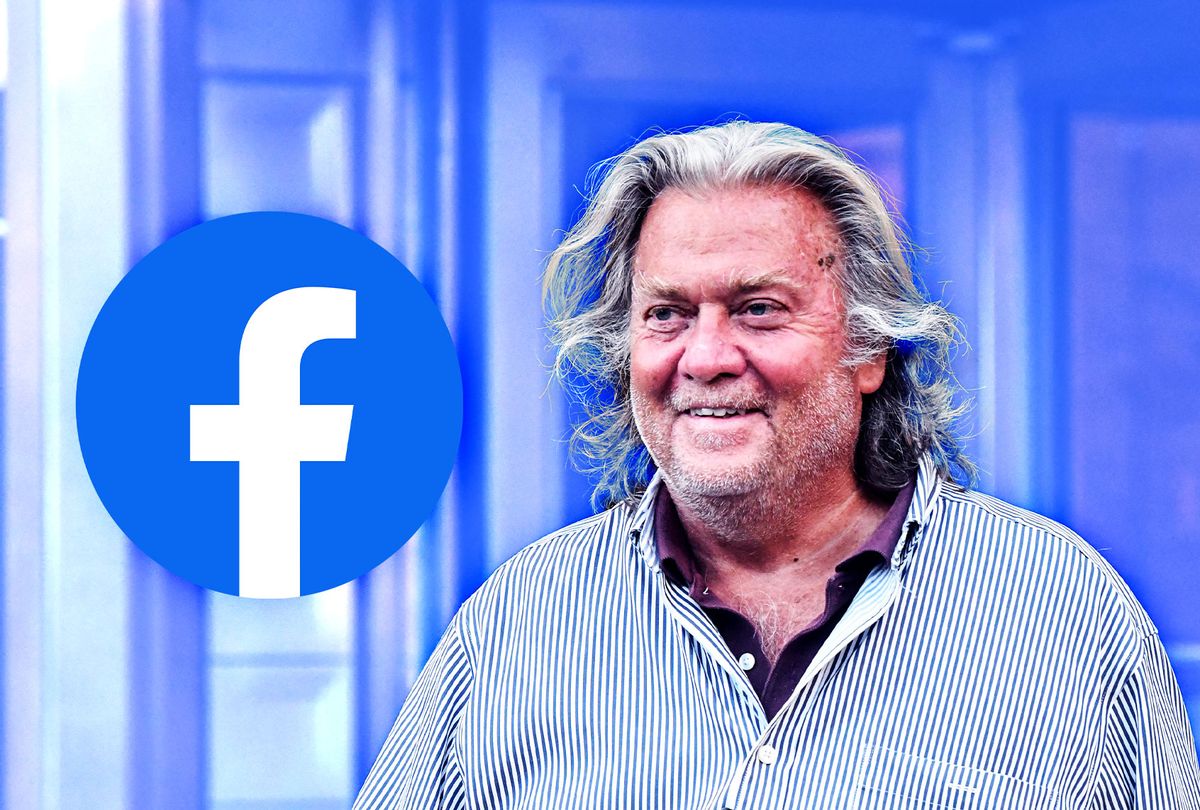 "We have specific rules around how many times you need to violate certain policies before we will deactivate your account completely," Zuckerberg told an all-staff meeting on Thursday, according to Reuters. "While the offenses here, I think, came close to crossing that line, they clearly did not cross the line."

In the video in question, which Facebook removed, Trump's former chief strategist Steve Bannon suggested that National Institute of Allergy and Infectious Disease Director Anthony Fauci and FBI Director Christopher Wray be decapitated for their supposed disloyalty to Trump.

"I'd put the heads on pikes. Right. I'd put them at the two corners of the White House as a warning to federal bureaucrats. You either get with the program or you are gone," Bannon said in the video. Bannon spokeswoman Alexandra Preate said in a statement that Bannon's comments were meant metaphorically.

This was not the first time that Bannon ran afoul of the social media giant. Last week the platform took down a network of Bannon-linked pages that inaccurately claimed Biden's victory over Trump was illegitimate, with Facebook spokesman Andy Stone explaining that the company had removed "several clusters of activity for using inauthentic behavior tactics to artificially boost how many people saw their content."

Zuckerberg also told Facebook employees on Thursday that "the outcome of the election is now clear and Joe Biden is going to be our next president. It's important that people have confidence that the election was fundamentally fair, and that goes for the tens of millions of people that voted for Trump," according to BuzzFeed News.

Facebook and Twitter have both slapped warning labels on Trump's persistent claims of voter fraud, which are without merit. Facebook has taken a number of other measures to limit the extent to which election-related misinformation can be spread on its platform, including removing a large group called "Stop the Steal." In response, many right-wingers have created accounts at an alternate social media platform, Parler, that does not curate misinformation.

The Facebook CEO has faced criticism from his employees before for his unwillingness to take a tougher stance against the Trump administration. In June, dozens of telecommuting Facebook employees staged a virtual walkout, not showing up for work to protest the company's unwillingness to take a stronger stance against Trump. The company has also been accused of altering its news feed algorithm to give right-wing sites a disproportionate advantage over left-wing ones, giving right-wing websites preferential treatment when it came to removing fact checks, and having a supposed "bug" on Instagram (which the company owns) that concealed anti-Trump hashtags while allowing anti-Biden ones. Zuckerberg reportedly met with Trump at the White House in late 2019.

Trump has previously threatened to retaliate against social media platforms that hold him accountable for spreading misinformation. In May he responded to Twitter's decision to fact-check his inaccurate tweets about voter fraud by writing that "Republicans feel that Social Media Platforms totally silence conservatives voices" and said "we will strongly regulate, or close them down, before we can ever allow this to happen." He later followed through on that threat by signing an executive order that could revoke certain social media platforms' liability protections regarding content posted by their users.

Experts believe any attempt by Trump to punish private social media corporations over moderation would be unconstitutional. "Any such move would be blatantly unconstitutional under the First Amendment," Harvard Law professor Laurence Tribe told Salon by email at the time. "That doesn't make [Trump's] threat harmless, however, because the president has many ways in which he can hurt individual companies, and his threat to do so as a way of silencing dissent is likely to chill freedom of expression and will undermine constitutional democracy in the long run."