Capturing how Aretha Franklin could "alchemize her pain into sonic gold" 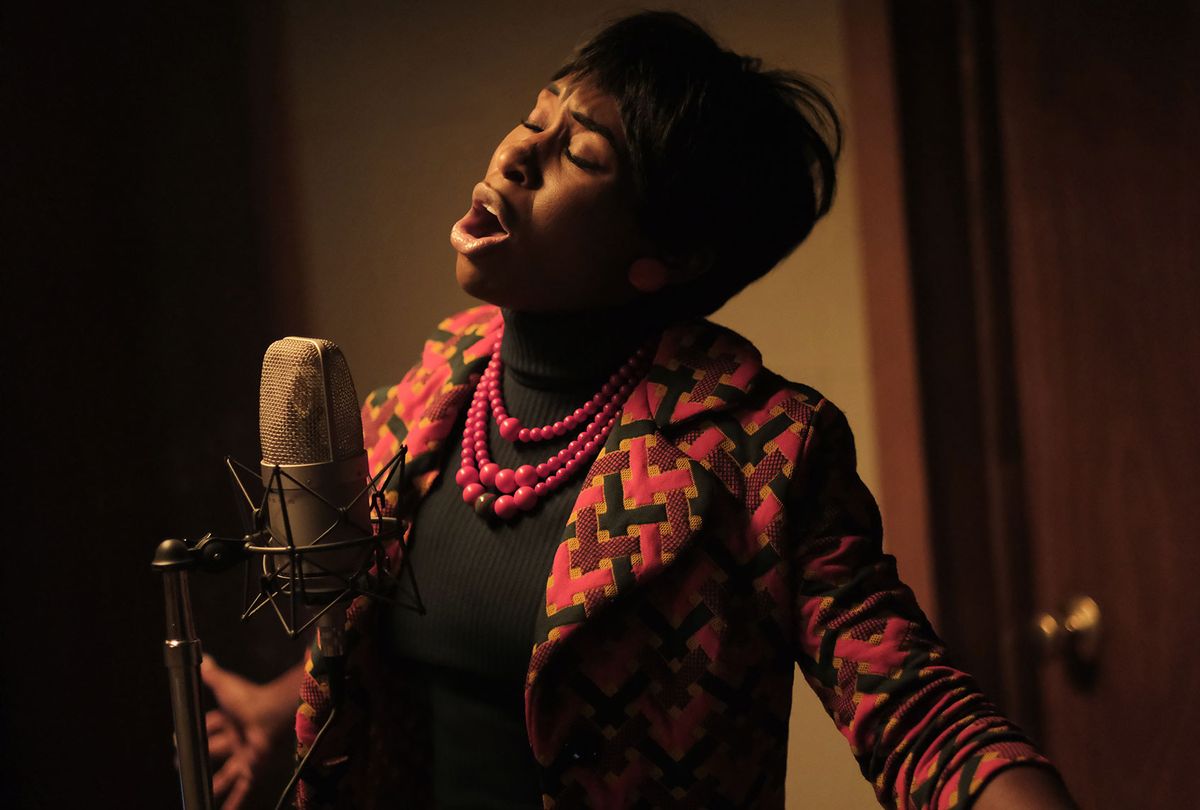 When Suzan-Lori Parks was tapped to be the showrunner for "Genius: Aretha" (now streaming on Hulu), she recalled turning to an old friend – the dictionary.

"I used to read the dictionary for fun," the Pulitzer Prize-winning playwright explained in a recent interview. "And under a definition of a word they'd have the most often used definition. Then they'd have the next one and the next."

Parks explains that to most people the standard interpretation of "genius" is rooted in scientific terms, and meant to describe the great scientists. "Usually that scientist looks like Einstein as he thinks up brilliant formulas. And that's pretty great," she said, "but then there are other ways of viewing genius. That's what I started looking for."

"Genius: Aretha" is the product of that search, an eight-episode work Parks brings to life through executive producer and director Anthony Hemingway and most crucially through the astronomical talent of Cynthia Erivo's personification of Aretha Franklin. Erivo sings on all the limited series' tracks, but she channels Queen of Soul through every note – interpretive genius layered atop of the story of an extraordinary person.

Brian Grazer and Ron Howard selected Franklin as the third subject for their National Geographic series following seasons celebrating Albert Einstein and Pablo Picasso, and after drawing criticism for featuring two white men to personify the term for two seasons in a row.

Franklin's expansive talent, larger-than-life personality and unparalleled musicianship make the choice a no-brainer, although she wasn't the first selection for the third "Genius" installment. Initially the producers announced "Frankenstein" author Mary Shelley as the first woman to be featured in the series only to realize they just wasn't enough content there to fill eight episodes.

A dearth of material was never going to be an issue with Aretha, as Parks discovered after getting the call from Grazer in 2019.  She was also grateful to start with an established title because "the title points us in the right direction. It shows us the path, it's like a compass north, you know. We know we're going that way."

Illuminating Franklin's unique genius invited her to redefine the word's meaning. She wasn't going to find examples of it in equations or theorems. "Genius is kind of heaven-sent or a gift you have from birth. Genius is paradigm-shifting. Genius is something that's sustainable. Right?" Parks said. "And with those three qualities, how does Aretha demonstrate genius?"

Continually discovering answers to that question helped her sort through a vast trove of articles, books, magazines, thrifted vinyl and online content to discover what she defines as "genius" moments. You'll know precisely what those moments are when you watch each episode because you can feel them, but Parks shared a few of her favorites.

There's her 1967 recording session at Muscle Shoals with Jerry Wexler where she defines what soul music is and can be, an event Parks explains is an example of "genius of synthesis": "For a Black American woman to walk into a studio filled with white guys and not only making it work, but making it work brilliantly? Genius moment," she said.

Then there's the depiction of Franklin's 1972 recording of her "Amazing Grace" live album. Her triumphant surprise performance of "Nessun Dorma" at the 1998 Grammys. Her committed devotion to the smallest details like keeping an empty pizza box on top of a piano during a session in order to capture a certain sound in the studio.

And it's also there in Franklin's work during the Civil Rights movement, Park explained. "The work she did with the Southern Christian Leadership Conference or her support of Dr. King gives me an idea that genius is someone who doesn't only hold their own light to themselves," she said.

The anthology series also highlights the genius Franklin demonstrated as a child, evident in what Park explained was her ability to "alchemize her pain into sonic gold as a little girl."

Parks' gained national attention for becoming the first Black woman to win the Pulitzer Prize for Drama in 2002 for her play "Topdog/Underdog." More recently she adapted Richard Wright's "Native Son" for HBO's in 2019 and crafted the screenplay for Lee Daniels' "The United States vs. Billie Holiday," which garnered its star Andra Day a Golden Globe for best actress in a motion picture drama and scored her an Oscar nomination.

The film itself was not as well reviewed, and among the criticisms is the script's focus on Holiday's suffering at various men's hands along with her artistry. "Genius: Aretha" walks some of this same territory in portraying Franklin's tumultuous relationship with an abusive, manipulative husband and her father, pastor C.L. Franklin (fiercely portrayed by Courtney B. Vance).

This places Parks in a challenging position of telling her subject's story honestly without doing what other writers have done in telling women's stories and presenting pain as a necessary ingredient in the equation that yields brilliance or strength.

Parks had a pointed response to this. "There are a million stories about white men, let's say, climbing mountains. Wow, the world has an appetite for that, and womanizing along the way. But gee, show two, or three, maybe or four or five stories where a Black woman triumphs, but she has to go through some difficulty. And the world is tired of it.

"They label it the 'dynamic of pain' instead of, 'Oh, this is Aretha Franklin's specific story,'" she continued. "If she had a hard life, I'm sorry. But it's the truth."

Then Parks poses her own question to those making that criticism. "Why is the appetite so limited when it's time for folks like me to speak my truth? That's what I want to know. And you know what, I don't even ask that question. Because I know the answer. And it's okay . . . this is the truth. Aretha Franklin had many triumphs. Aretha Franklin is a winner.

All eight episodes of "Genius: Aretha" are now streaming on Hulu.