Anna Kendrick in space! Idris Elba on a horse! Here's what new on Netflix in April 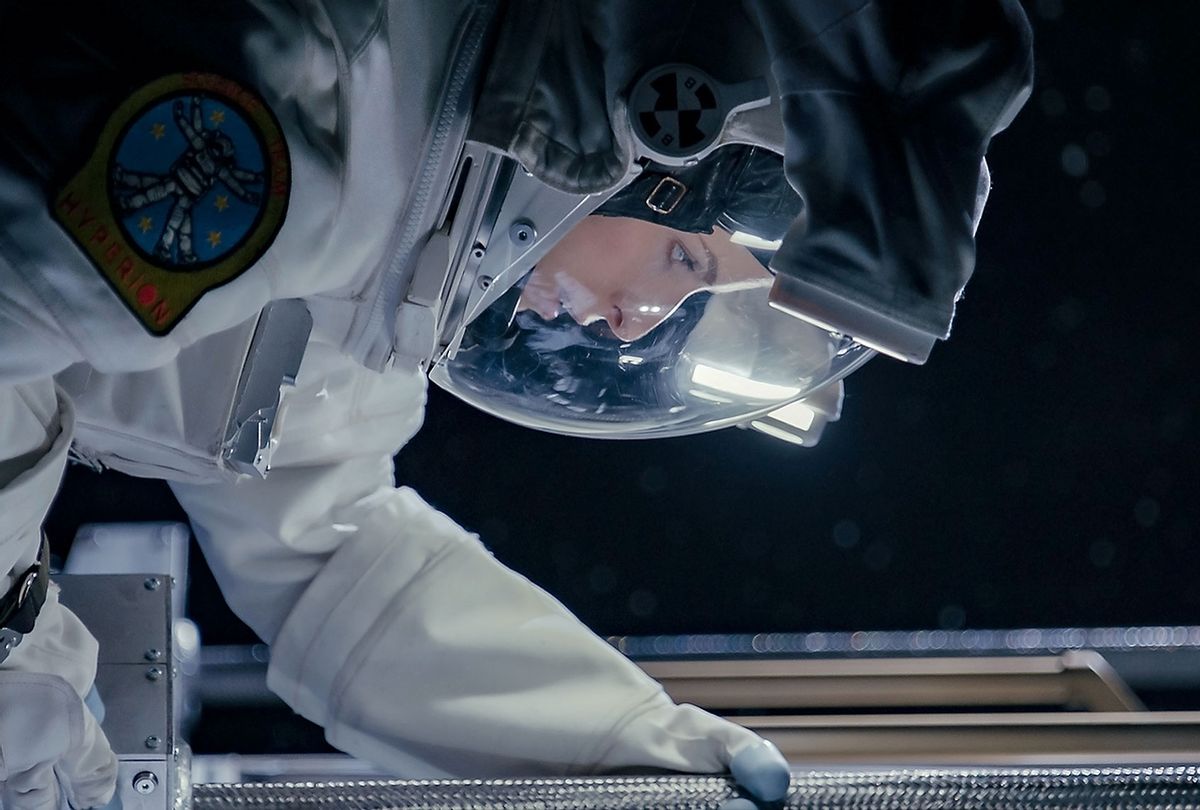 If anecdotes hold any truth, then you can expect at least a few rainy days this April. Quarantine burnout can be mitigated by the promise of those balmy spring days, but if you need some distraction on one of those drearier days, Salon has got you covered with some of the titles you should keep an eye out for this month on Netflix.

First, you might want to catch up on some titles that are on their way out. "The Great British Bakeoff: Masterclass" Seasons 1-3 will leave the streaming service April 21. The good thing about GBBO is that it can offer the same soothing benefits of self-care without the effort. What is more nurturing to the soul than soft-spoken British people waxing poetic over custards?

"Blackfish," the groundbreaking documentary that unveiled the cruelty of animal-based theme parks like SeaWorld is also leaving the platform at the end of the month. If you took our recommendation last month to watch "Seaspiracy," consider Blackfish some supplementary material about aquatic life and how it is treated by humans.

If you're in the mood for something a bit more serious, Bong Joon-ho's "Snowpiercer" is also leaving Netflix. This is from the same director as 2019's "Parasite," and is a gripping sci-fi thriller that never got the credit it deserves (even thought it did inspire an American series adaptation). Check it out if you want more cultural commentary from the Oscar-winning filmmaker.

There are also plenty of classic additions that will make April the perfect month for staying in bed and catching up. You can reintroduce yourself to the world of sorority-queen-turned-law student Elle Woods in "Legally Blonde," the girl-power cult classic that stars Reese Witherspoon, Selma Blair, and the incomparable Jennifer Coolidge.

Read on for the originals that are catching our eye this month:

If you found yourself sucked into "Wild Wild Country," the gripping docuseries from 2018 that detailed the unreal story of Bhagwan Shree Rajneesh and his controversial Oregon commune, "Searching for Sheela" should be right up your alley. This series covers the events from the perpective of Ma Anand Sheela, the infamous spokesperson for the Bhagwan, and follows her long-awaited return to India, where she embarks on a campaign of interviews to tell her story and possibly earn redemption.

Based on the best-selling book of the same title by Emily Spivack, "Worn Stories" is a charming anthology series that analyzes people, the clothes they wear, and the inextricable link between the two.

Idris Elba and Caleb McLaughlin of "Stranger Things" fame play an estranged father-son duo in this dramatic coming-of-age movie based on the novel "Ghetto Cowboy." Focused on the true history of cowboy culture within the Black community of Philadelphia, "Concrete Cowboy" shows the struggle of a young boy trying to define his identity between the streets and his father's eccentric passion. Salon's review deems the movie best "when its characters are on horseback" and addreses "issues of Black masculinity, as well as racism and discrimination."

Based on the real life of a con man and murderer in the 1970's, "The Serpent" tells the story of thief and con-man Charles Sobhraj. Following his string of crimes throughout Southeast Asia, the story shows the pursuit of European authorities to catch one of the most notorious killers of his time.Salon's Melanie McFarland writes in her review that the film offers "travel, seduction, danger, and enough beauty to offset the frequent bouts of projectile vomiting."

"This Is a Robbery: The World's Biggest Art Heist," April 7

This docuseries unfolds the events leading to one of the biggest art heists in modern history. From the producers of "The Irishman," "This Is a Robbery: The World's Biggest Art Heist" tells the story of how two men dressed as police officers snuck into a Boston museum 30 years ago and stole so much precious art that it still remains untraced to this day.

Two childhood best friends find themselves tasked with fighting crime and protecting a city when they develop a special serum that can give humans superpowers. Starring Melissa MCarthy and Octavia Spencer, "Thunder Force" introduces us to a new kind of superhero.

After his acclaimed documentary "My Love, Don't Cross That River," director Jin Moyoung expands his storytelling on a global scale. Filmmakers from half a dozen countries – from the suburbs of Tokyo to rural India – follow an elderly couple for different periods of time to reflect on their long-lasting love.

If you're itching to get out of your head, David Attenborough has another stunning nature flick up his sleeve. "Life in Color" explores the significance of color in the natural world, and uses specially developed cameras to reveal the intricacies of these creatures and how they utilize color in ways humans literally could not see before.

It's hard to imagine accidentally getting stuck on a rocket headed to Mars, but "Stowaway" explores that possibility when an unintended extra passenger suddenly finds himself on a years-long voyage with three other people. After realizing their resources won't be able to sustain the new addition, this star-studded cast that features Daniel Dae Kim, Shamier Anderson, Toni Collette and Anna Kendrick will be forced to make an impossible decision.

From the makers of the "Headspace Guide To Meditation," this spin-off series will teach viewers about sleep, how to handle their relationship with it, and techniques to build better habits. Each episode features educational content about rest, and also offers a real-time wind down to help prepare you for a restful night of z's.

LeSean Thomas, creator of "Cannon Busters" has returned to Netflix with "Yasuke," an anime that aims to tell the story of the first African samurai. Thomas has enlisted studio MAPPA, the animation house involved in hit shows like "Jujutsu Kaisen" and "Attack on Titan." The titular character will be played by "Judas and the Black Messiah" star Lakeith Stanfield, and will also feature a soundtrack produced by the grammy-winning artist Flying Lotus. There isn't an official trailer available yet, but this series sounds extremely promising for anime fans craving something new.

Here's everything else coming to Netflix this month:

April 4
"What Lies Below"

April 6
"The Last Kids on Earth: Happy Apocalypse to You"

April 8
"The Way of the Househusband"

April 9
"Have You Ever Seen Fireflies?"
"Night in Paradise"
"Thunder Force"

April 11
"Diana: The Interview that Shook the World"

April 16
"Arlo the Alligator Boy"
"Ajeeb Daastaans"
"Crimson Peak"
"Fast & Furious Spy Racers" Season 4: Mexico
"Into the Beat"
"Rush"
"Synchronic"
"Why Are You Like This"
"The Zookeeper's Wife"

April 30
"The Innocent"
"The Mitchells vs. The Machines"
"Pet Stars"
"The Unremarkable Juanquini" Season 2