As long ago as the 1700s, conspiracy theorists were spreading misinformation about vaccines 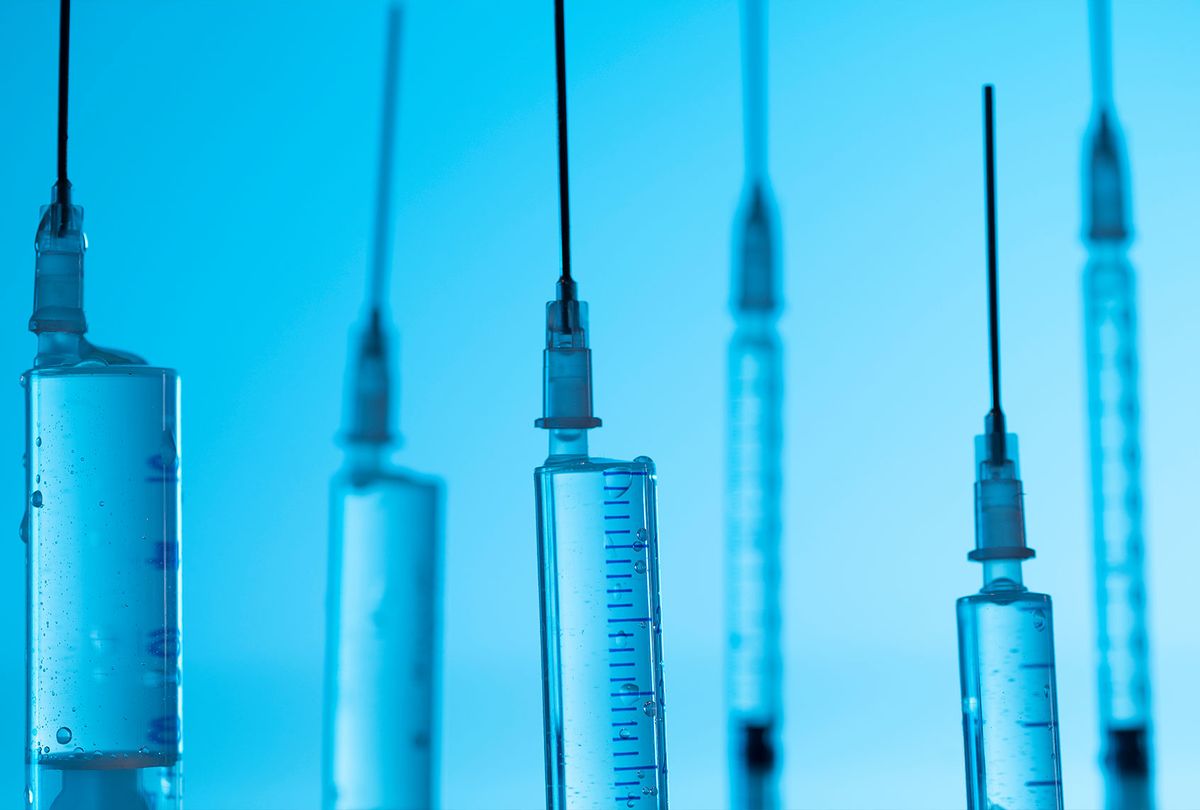 Dr. Paul Offit, a pediatrician and vaccine expert who has written extensively about the history of inoculations, is often attacked by anti-vaxxers. These conspiracy theorists sometimes claim that because Offit has financial ties to vaccine-makers (which he is open about), he is compromised, and his insistence that vaccines do not cause autism thus suspect. (Tellingly, anti-vaxxers do not apply this same standard to scrutiny of the financial ties to those in their own movement.) Offit, who openly discloses his ties and says they do not influence his views, has faced harassment and even death threats from anti-vaxxers for pushing back against their conspiracy theories. He does not stop, he says, because he believes science matters and wants to save lives.

Plus, as Offit told Salon, he knows his history. Anti-vaxxers have existed in some form for centuries; these new iterations, though different in some ways, are not terribly unique. Offit recalled to Salon how, in 1802, many people sincerely believed they would develop cow features if they took the smallpox vaccine developed by an English doctor named Edward Jenner.

"The premise was really the same as today's premise, which is 'Don't make me get vaccinated and don't make my child get vaccinated,'" Offit recalled. "It was this scary notion that Edward Jenner's smallpox vaccine could turn you into a cow." He noted that anti-vaccinators circulated documents that purportedly proved that those who had been inoculated developed "bovine characteristics." (Sound familiar?)

"That was the birth of the anti-vaccine movement," Offit recalled. "You look at that picture today and you laugh because it's so preposterous. But frankly, the biological basis of many of the anti-vaxxers' beliefs today are about as sensible as that."

Of course, there are many different meanings to the term "anti-vaxxer" these days, to the point that the word has become a catch-all. There are those who erroneously believe that vaccines cause autism; those who are specifically against the COVID-19 vaccine, a group that is disproportionately Republican men; and there are the millions of people who view opposing vaccinations as part of their identity. Arguably, the term could include those who have valid reasons for concern about vaccines, such as those from disadvantaged backgrounds who have faced systemic discrimination from health care providers.

Regardless of how you define anti-vaxxer, the reality is that anti-vaccine ideas were popular long before the vaccines-cause-autism myth or the COVID-19 pandemic. In many ways, opposing vaccines is as American as apple pie.

"There were fears about vaccines from before vaccines were made," epidemiologist Dr. René Najera wrote to Salon. As Najera noted, an early approach for fighting smallpox involved using substances from the pustules of mildly infected patients, a process known as "variolation." Needless to say, there was a strong backlash against it.

"In the early 1700s, as some people were trying to use variolation to combat smallpox, opponents firebombed the house of one of the biggest proponents of variolation," Najera said.

"People opposed them out of ignorance, misinformation, or libertarian opinions of not having anything the government mandates put into their bodies," Najera said.

And all of this happened long before 1998, a signal year for anti-vaxxers. That's when gastroenterologist Andrew Wakefield published a now-discredited article about the MMR vaccine, tying it to autism. Wakefield may have inadvertently inaugurated the modern anti-vaccination movement.

"There was a major vaccine scare in the 1970s when a pediatric neurologist called John Wilson went to the press to claim that the whooping cough vaccine in use at the time was causing epilepsy and intellectual disability," immunologist Dr. David Miles told Salon by email. "It was disproved but at the time, it caused more disruption to the vaccine program than Wakefield ever did."

Yet Wakefield was a game changer — although it was not merely his article that really rocked things.

"We need to distinguish between what the article said and what Wakefield said about the article in the press conference he gave about it," Miles explained. "The article claimed to present a case series of 12 children who were autistic and had inflamed bowels and suggested a new condition in which the two were linked. That wasn't particularly novel because it was already known that autistic children often have digestive problems." The article did not include any data about the MMR vaccine, which contains three separate vaccines for measles, mumps and rubella.

Miles added that, although accounts of what Wakefield said at his press conference announcing the paper are somewhat inconsistent, it is generally agreed that he argued against using all three vaccines together.

"The Wakefield et al paper arrived at an interesting time in history," Najera recalled. "The internet was growing. The 24-hour news cycle was growing. People like Jenny McCarthy and others were becoming 'influencers.' His paper only brought to the forefront fears that many parents had: that vaccines caused developmental delays. Before 1998, you didn't have the internet as a bullhorn, or time to interview or showcase celebrities."

Nowadays, Wakefield is still active and sowing doubts about COVID-19 vaccines. Wakefield himself was discredited, however, after it was found that he had engaged in unethical practices while performing his 1998 study and had undisclosed financial conflicts of interest. Most of Wakefield's co-authors later withdrew their support for the study.This brings us to the present. It is hardly unusual for many members of the public to oppose vaccinations even when they are in the midst of pandemics, as evidenced by the responses to the smallpox and MMR vaccines. The backlash against the COVID-19 vaccine is slightly different, in that it is explicitly tied to the overall anti-science ideology of a popular political figure, Donald Trump; but in other ways it is consistent with American history.