If you're like me, you found yourself rooting for Hall. Turns out she's fought sexism her own way all along 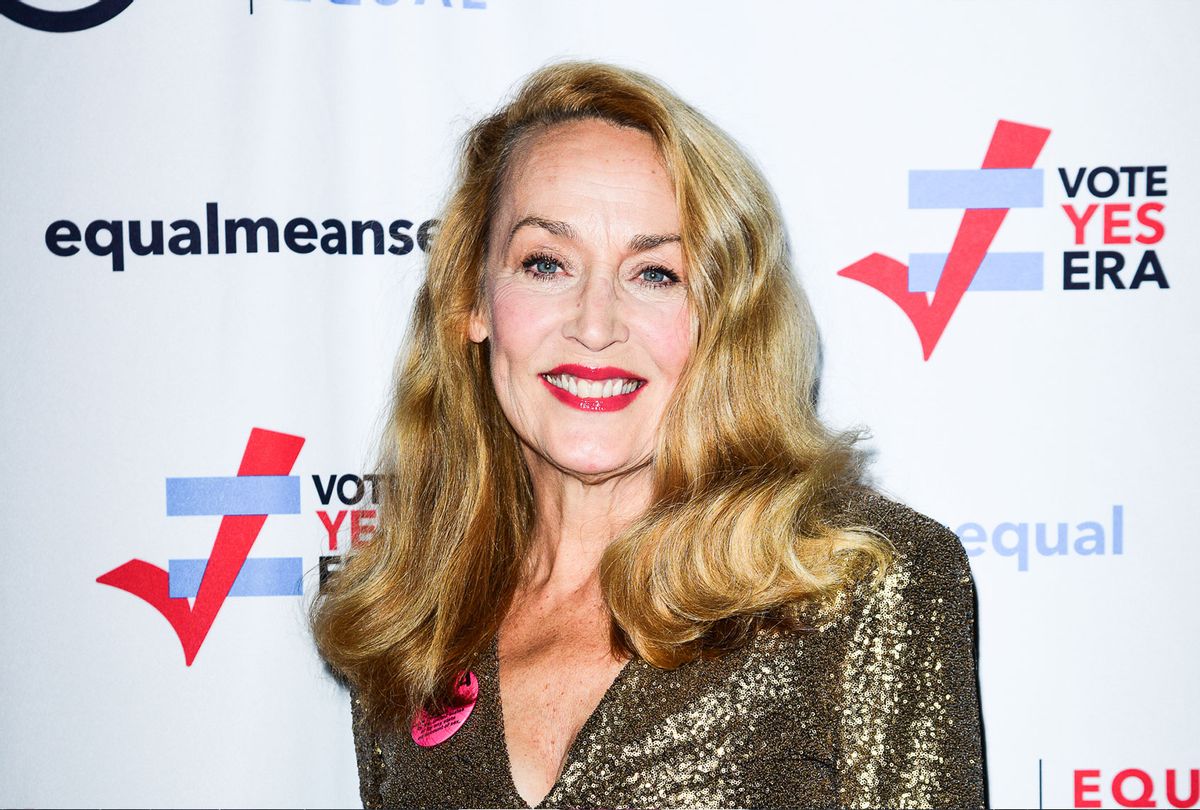 If you're like me, which is perhaps to say a Rolling Stones fan of a particular vintage, you've spent more time than you probably should have thinking about Jerry Hall — specifically, why you like her so much even though you haven't been able to put your finger on the reason why. Since she came to public attention in the 1970s in fashion magazines and, shortly thereafter, on Mick Jagger's arm, her more memorable remarks — here's one: "I've always felt the man is king of the house and should be amused and treated well" —announced her as (how to put this?) less than a paragon of forward thinking.

Still, if you're like me, you found yourself rooting for Hall, and you definitely fumed when Jagger squirmed out of paying her as much as he would have paid a bona fide wife when the couple, who had four kids together, split up in 1999. But maybe your fear that Hall wasn't all you wanted her to be seemed confirmed in 2016, when she married the indecently wealthy Fox News progenitor Rupert Murdoch, who is 25 years her senior. That the pair could have married for love isn't beyond plausibility, but it sure appeared as though Hall had bartered her looks and relative youth for financial security — a move disappointingly straight out of rock star wife central casting.

But since Hall married Murdoch, several things have revived my interest and faith in her. There's the 2019 article in Harper's Bazaar about her commitment, alongside her daughters, Lizzy and Georgia May Jagger, to getting the Equal Rights Amendment passed.

And in that same story, Hall had this to say about the #MeToo movement: "All these guys who abused their power in the movie industry, it's really wrong . . . It's great that they're shining a light on it. People should be held responsible for how they behave." (As a point of cringy contrast, consider this 2018 opinion on #MeToo from another Jagger ex, Marianne Faithfull: "I think it's really sad, you know? I mean, if that happened to me, I would just laugh at the guy. Physical assault is too much . . . But on the whole, a clever, interesting girl can bat them away.")

Here's the biggest surprise of the bunch, though: last year Forbes reported that Hall donated $500 to Joe Biden's presidential campaign. This, coupled with the Harper's Bazaar revelations, had me wondering where Hall has been hiding all this bold-faced liberalism. I did some poking around, and guess what? It was there all along.

Hall's feminism was unmistakable in a 2008 interview on Ireland's "The Late Late Show" when she said, "I'm voting for Hillary . . . I think bitches get things done." And while the reclamation of that epithet by feminists is still being debated, we can still appreciate Hall's participation in the 2005 reality TV show "Kept," in which she got to choose among a dozen-odd strapping male playthings who were all significantly younger than she was.

But my sleuthing finds Hall's feminism at its most sustained in "Jerry Hall's Tall Tales," the now out-of-print 1985 memoir that she wrote (well, "wrote": the book's acknowledgments say that the text was culled from recorded conversations) with Christopher Hemphill. I didn't have the good sense to purchase "Tall Tales" as a teenager, but my local library recently tracked it down for me, which enables me to tell you that the book is just like Hall: its frothy surface (cover copy: "Mick Jagger's Longtime Love: From Texas to the Top! Supermodel, Jet Set Star!") masks a substantive core.

"Tall Tales" offers a long-form version of the origin story that most of us know about Hall: she grew up one of five girls in a turbulent working-class family in Mesquite, Texas. In the book, she describes her father as "so Texan and right wing" and says, "He had so much anger in him. He had to vent it somehow and it would always be on us . . . Mama used to try to keep him from beating us girls up by jumping on him. Then he'd throw her across the room and it seemed like she'd get more beat up from trying to stop him from beating us up."

Hall has since said, in The Guardian in 2010 and elsewhere, that her father's rage surely stemmed from PTSD, which, of course, went unnamed, as the diagnosis didn't exist in his day. "Daddy was a decorated war hero," Hall says in Tall Tales. "He was away for five years and Mama said the war changed him." Hall plotted her escape, but Mama wasn't budging: "Sometimes the neighbors could hear it and they'd call the police and the police would come but my mother would never press charges. I think she was afraid that if she pressed charges he'd kill her. And what could she do? She couldn't exactly leave and support all of us kids."

Hall's mother may have stood by her man, but her daughter didn't always stand by hers. Readers of "Tall Tales" will find themselves cheering Hall when, after she achieves her dream of becoming a successful model, she breaks off her engagement to Bryan Ferry in large part because the Roxy Music singer was behaving like a controlling goon: he wanted her to swap out her glitzy style for that of a proper English hostess ("There were the gray suits he wanted me to wear"). Ferry was also apparently threatened by Hall's success: "I think he was afraid that I was going to be too ambitious and that I was going to go off and do my career and not stay with him. I think every man has that a bit — that's been my experience — but he had it real bad."

Jagger, for whom Hall left Ferry, wasn't like that (and a glance at his romantic history reveals an honorable predilection: Jagger likes a woman with a career), and she kept right on working after they got together. "I like the idea of having my own money," Hall says in "Tall Tales." "I don't have to go to Mick all the time to ask him if I can buy something. It's nice to be able to get your own things."

In her book, Hall says that when she would model in cities where the Stones were playing, "The local girls, the models, were all saying, 'Golly, we can't believe that you're here with the Stones and that you want to work. You ought to quit working.' Sure. For what? To sit around the hotel room like some groupie?"

If I were the sort of person who kept my "Good feminist" list on paper instead of in my head, I would have added Hall's name when I read that. And I would have underlined her name when I read this: "I think if a girl's successful it's good for womankind. It opens doors for more women." And I would have used up all the ink in my pen festooning her name with hearts when I read her thoughts on feminism: "I like a lot of things about feminists. What I don't like is the antagonism that goes on between men and women. But I believe in spurring women on to greater things. It's boring to sit at home and watch soap operas and do the dishes. And if you have your own career and make your own money and go out and do things, you should be a lot more fun to talk to at dinner."

It wasn't the dinners that were the problem in the house of Jagger-Hall; it was the nights. Jagger's infidelities, which finally convinced Hall to leave him in 1999, began during their courtship. "Finally I decided to move out for a while until he could figure out what he wanted — to date other girls or to be with me," she says in "Tall Tales." When the press reported that Hall was romancing British horse breeder Robert Sangster, "They were making me out to be the bad one," she says. "It wasn't so bad for Mick. But what's odd is that afterward so many women have come up to me and said, 'You were so brave the way you carried that off. So many men treat women so awful and the women just stay because they don't know what to do.'"

It seems that Jerry Hall has always known what to do. What she's doing now, according to the Harper's Bazaar story, is spending time with her husband and enjoying her retirement. On July 2, Hall turns 65 — that unofficial gateway to senior citizenry — and if making it a little easier for her to grow old is a rich 90-year-old man who doesn't beat her or cheat on her, so be it. And if her marriage makes it possible for her to toss money at the Equal Rights Amendment and the occasional Democratic candidate, then so be that as well: the bitch is getting things done.