Kristen Stewart stuns in the moody "Spencer," a gorgeous yet superficial biopic of Princess Di

"Jackie" director Pablo Larrain turns his lens to the sympathetic, late member of the Royal Family 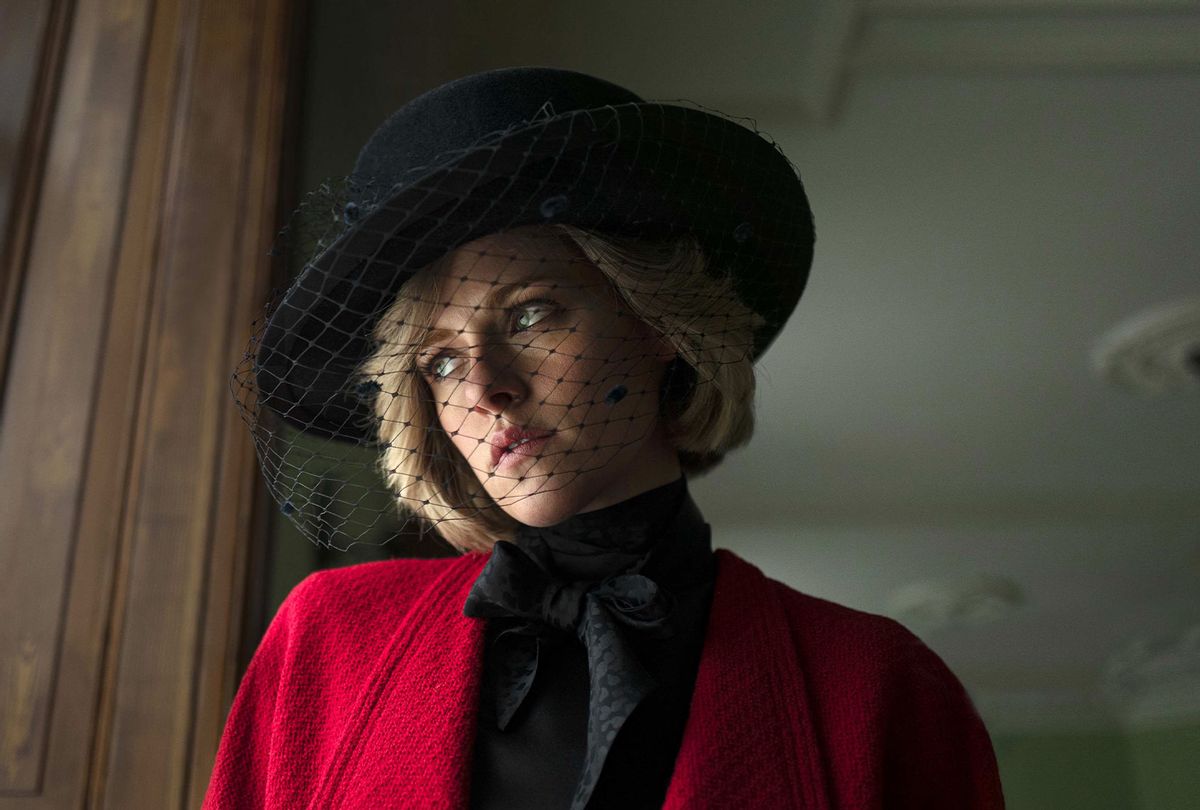 "Spencer," about Diana, Princess of Wales, is billed as "a fable from a true tragedy." This striking but heavy-handed film, relentlessly depicts the asphyxiation of Princess Diana (Kristen Stewart) experiences over Christmas Eve through Boxing Day in 1991 — when she makes her decision to leave Charles (Jack Farthing). Director Pablo Larraín ("Jackie"), working from a script by Steven Knight ("Serenity"), captures the attitude of — and attitudes about — the late member of the British royal family. But it does not provide much in the way of insight. Yes, Diana is sympathetic — but when is she not?

Stewart's performance is all moodiness and despair. Diana is supremely unhappy. She is lost and scared young woman who feels constantly under the microscope. She is bulimic. She has an impulse to rebel and takes every opportunity she can to do so. This includes being late to dinner; being late to the Royal Family photo; keeping the curtains open; wearing the wrong dress; raiding the kitchen; wandering the grounds at night; as well as other transgressions, such as giving her children presents to open on Christmas Day (when Christmas Eve is the custom). A look the Queen (Stella Gonet) gives Diana during a meal is colder than the chilly and sterile Sandringham Estate where most of the action takes place.

The film is composed with the utmost precision, and viewers will marvel at the rarified air, however stifling. The art direction is exquisite. The costumes are divine. Everything is so impeccable that even if the plot is one-note, "Spencer" is gorgeous to look at.

Larraín emphasizes mood over story. He uses Johnny Greenwood's discordant score to not only to indicate how unsettled Diana is, but also how audiences should feel. At times, the film is excruciating, albeit deliberately, and that works it its favor.

But less would be more. Everything in "Spencer" is repeated to ensure Diana's predicament is felt deeply. She is asked to be weighed upon entering Sandringham, as per tradition. She resists. She finds a book about Anne Boleyn in her bedroom, and starts having hallucinations, seeing the late beheaded Queen from time to time. This provides one of the campier bits in "Spencer," the other is an over-the-top scene of Diana breaking a gift of pearls Charles gave her — in part because he gave Camilla the same — over her soup and then eating them. Watching Diana crunch the pearls with her teeth may have some viewers clutching their pearls.

Larraín does best when he is subtler. There are some terrific exchanges, such as those with Maggie (Sally Hawkins), her dresser and confidante. Diana has a charming private moment with her sons, William (Jack Nielen) and Harry (Freddie Spry) where they talk about what they like about Christmastime. Another encounter, with Darren (Sean Harris), the head chef, suggests that while everyone is scrutinizing Diana, many of them are rooting for her. In addition, two pointed exchanges, one with the Queen in which they discuss "currency," and another with Charles, to talk about their relationship and her behavior, get at the root of Diana's issues without cudgeling viewers — even with a symbolic billiard ball being dropped.

But much in the film is unnecessary. Along with the aforementioned flights of fancy involving Anne Boleyn, there are flashbacks to Diana's childhood that suggest an independence she longs for now that she is trapped. Diana's obsession has with her former home (nearby) and a scarecrow in the field — another freighted symbol — feel empty and uninteresting. A scene of Diana dancing as a means of self-expression is revealing, but a montage of Diana dancing in different dresses is just gilding that lily. Curiously, an episode that features Diana self-harming is potent, but when the wound she creates is gone in the next scene it feels superfluous. Arguably the most on-the-nose moment has Diana wearing an O.P.P. baseball cap to underscore her status as "other people's property."

"Spencer" may be trying to highlight the suffocation Diana feels, but the film is best when it just breathes. On Boxing Day, Diana and Maggie steal away for a moment on the beach where Maggie tells Diana that she needs "Love, shock, and laughter." It is a beautiful scene, and Hawkins effortlessly steals the film with her warm performance. A note Maggie leaves Diana is quite touching.

Diana also has a pair of curious encounters with Major Alistar Gregory (Timothy Spall, excellent as always). He tries to keep Diana in line, gently at first, then more aggressively, hoping she will conform to what is expected of her. As Diana is told, she must do the things she hates for her country. That tension is felt throughout the film, and keeps the action engaging, when the film sags, especially during a subplot involving William going on his first hunt for pheasants. Diana's final act of disruption is meant to be liberating, and for her, it is. But even when Diana secures a moment of personal freedom, it feels oddly underwhelming.

Diana is repeatedly told to "be beautiful." "Spencer" is certainly beautiful to look at, but it also feels skin-deep.

"Spencer" is in theaters Friday, Nov. 5. Watch the trailer below via YouTube: