Until "Confirmations" the Apple TV+ lacked direction. Losing a major character may be what it needs to find one 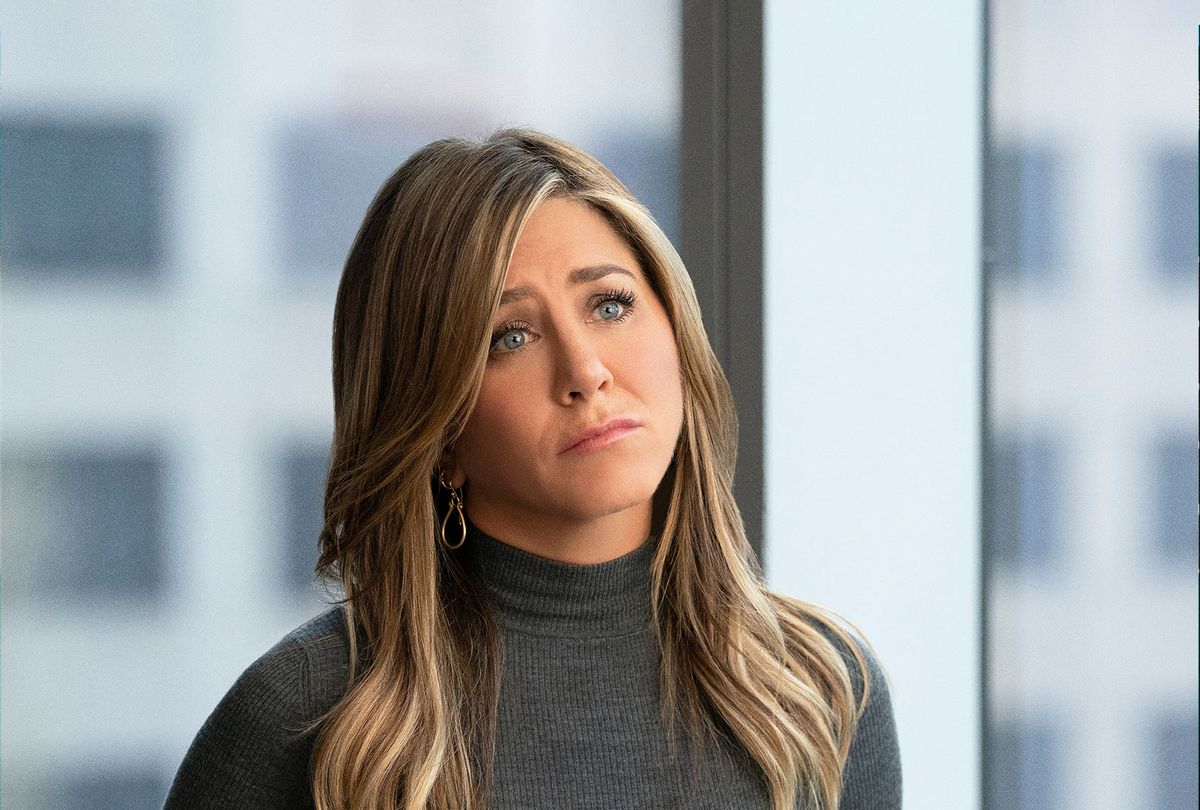 Sometimes shows meander for a time before becoming what they should have been all along. "The Morning Show" took almost two seasons to reach that point – or to be precise, one season and nearly eight episodes.

"Confirmations" finds the plot, at long last, by offing Steve Carell's character Mitch Kessler, the story's Matt Lauer surrogate. Carell's Mitch is one of those predicaments a show traps itself with, in that he's amply developed and directly involved in the reversal of Jennifer Aniston's Alex Levy. Unlike Lauer, the show couldn't simply disappear its star sexual predator. It didn't have to take us on a slow cruise towards empathy either.

Nevertheless, now that he's gone, the show can double down on good old love-hate stew boiling at the center of UBA's workplace toxicity, the kind to which many more can relate than TV industry-specific conflicts.

Related: "The Morning Show" shifts to cover the pandemic, but still needs a shot in the arm to find its soul

Mitch is a constant reminder that we were watching a story loosely based on NBC's "Today," a show millions watch but few gossip about. "The View" drives more conversation day-to-day, and the quality of each episode's discussion has little to do with it. We tune in for the fighting, assigning meaning to each expression, conjecturing about what happens when the cameras are off.

That's why Meghan McCain's supposed revelation that "the truth is that the environment of ["The View"] is toxic" was met with a resounding, ". . . And?" Of course it's toxic. Toxicity is that show's nitro fuel. We warm our faces with its flames. But some of the vicarious thrill we glean from those explosions comes from simply watching a group of co-workers say exactly what they are thinking about a topic, and each other, to each other.

"The Morning Show" anchors are never so honest in their expression, and that makes its off-camera refutation of the workplace family fantasy so delicious. Appreciate its attempt to capitalize on #MeToo two years too late if you want, but for my money no scene hit the mark better than the one in which Alex, freshly in shock after being told that Mitch is dead, listens to furious, expletive-laced phone messages from her producer Charlie "Chip" Black (Mark Duplass) as he's sitting next to her.

This is where the plot finally kicks into gear.

Alex is a narcissistic opportunist who doesn't realize she's terrible. Chip personifies the concept of being loyal to a fault. Television has no better example of a more hideous and too-common work marriage.

In the lead-up to "Confirmations" Alex crumbles in fear of how damaging a tell-all by her adversary Maggie Brener (Marcia Gay Harden) is going to be to her career. To her, being "canceled" is a fate worse than death. She bails on moderating a presidential debate and flees to Italy without telling anyone because she wants to see Mitch one last time, to hell with the consequences.

"Morning Show" sufferers know this has long been the trouble with Alex. Some of the same may also work with a real-life version of Alex – that is, the co-worker who has a special relationship with the boss and therefore feels free to act in their own self-interest as opposed to that of the team. They assume, often correctly, that more reliable colleagues will bring order to whatever chaos their decisions create.

These snakes are among the many reasons people aren't keen to go back to their offices or have been driven to quit their jobs. We would love to scream at them at least once – you know, really lay out where we stand. But we can't.

Chip finally does it for us.

Chip has been covering for Alex to the detriment of his new, stable relationship and his own sanity, because he values their partnership. He cares about Alex – more than cares – and he hates himself for that while hating Alex even more. In short, Chip is gutless.

Still, when Alex stumbles on the worst of his voicemails after Chip picks her up from the private jet flight home, he begs her to not listen to them. She ignores his pleas, wailing, "It's really not the time!" even though she's controlling the circumstances.

"Why are you not letting me feel what I should be feeling right now?" she wails. "F**k you for this!"

That's when he really loses it. "Your vanity knows no bounds!" he bellows when she accuses him of being jealous of Mitch. "Jealous of that dumb, dead a**hole who ruined my life and all of our lives? Yeah, I'm jealous of Mitch. I'm jealous of Hitler, too!" From there the dialogue devolves into Aniston and Duplass hilarious trading growls of "I hate you so much" until they are deflated, which is when they pull up to the house of Mitch's ex-wife Paige (Embeth Davidtz). Alex believes it's kinder for the most famous woman Mitch slept with to deliver the news of his demise in person.

There's nothing wrong with office comedies like "Mary Tyler Moore," "Sports Night," "Parks and Recreation" and every other show about co-worker camaraderie, including "The Office." The best character ensembles behave like the families they profess to be.

Captivating realistic depictions of the Darwinian corporate shops that claim to operate like "one big family," as Billy Crudup's executive Cory Ellison describes the supposed atmosphere at "The Morning Show," remain rare. That's what makes this episode's emotional mayhem such a gift – it explicitly acknowledges the conditions that create the Mitches of the world.

"Feelings, they drain your life blood," Cory maniacally spews in the face of network president Stella Bak (Greta Lee) when she asks how he's doing. "They turn your eyes gray. How I'm doing cannot be your problem. Caring about other people, it limits your ability to make self-serving decisions. And what is good for you is good for the company. Because it owns you. And it owns me. And we own it! We are all one."

While Mitch's lechery, sexual misconduct and overt power abuse is the putative reason the show shaped itself around #MeToo, Carell's creep is merely one of many offenders that make UBA a psychological meatgrinder. It's a top down problem, a symptom of power's carelessness.

Mitch Kessler would not have gotten as far as he did or hurt as many people if not for Cory feigning ignorance as to what was happening. Alex undermined the people around her to further her career or satisfy her own impulses. Whether it was Mitch's wife or Julianna Margulies' Laura Peterson, whose ascent she halted by outing her in the '90s, or Chip, who she threw under a bus to save her own skin, nobody was or is safe from her.

Even Mia Jordan, Karen Pittman's strategic producer, dealt with Mitch using her and tossing her aside by accepting the promotion UBA upper executives doled out to her in exchange for her silence. Pittman brews a marrow-deep rage and despair into the monologue that erupts from Mia during a private moment witnessed only by a trusted subordinate.

In that outpouring Mia seethes at knowing she's been lumped in with a gaggle of Black women Mitch slept with and fetishized when, in her mind, they had a relationship. Mia knows that admitting how deeply Mitch's treachery has wounded her would be career suicide. And she's righteously livid about the fact that nobody cares about the beating her conscience is taking during this breaking news whirlwind Mitch has created out of the choices he made in life and the way he controlled how his story ended, robbing his victims of any chance to get true justice.

With all that whirling in her brain, Mia still has to write up the obit another woman, Bradley, reads on the air.

"Transition for society is rarely easy," Mia writes and Bradley reads. "Reconciling who we were with who we are, with who we want to be, is challenging. Figuring out what from the past we need to remember to forgive, to learn from or to ignore, is impossible to do elegantly."

Bradley goes on to observe that her co-workers suffered from Mitch's inability to do any of that. But maybe "The Morning Show" writers will learn from what's working in this hour and spin it in a better direction that at long last has something relevant to say.