"Yellowjackets" is a fantastic, terrifying plummet into the darkness of female desire and rage

Beyond a harrowing tale of cannibalism, Showtime's thriller explores the mystery & danger in female relationships 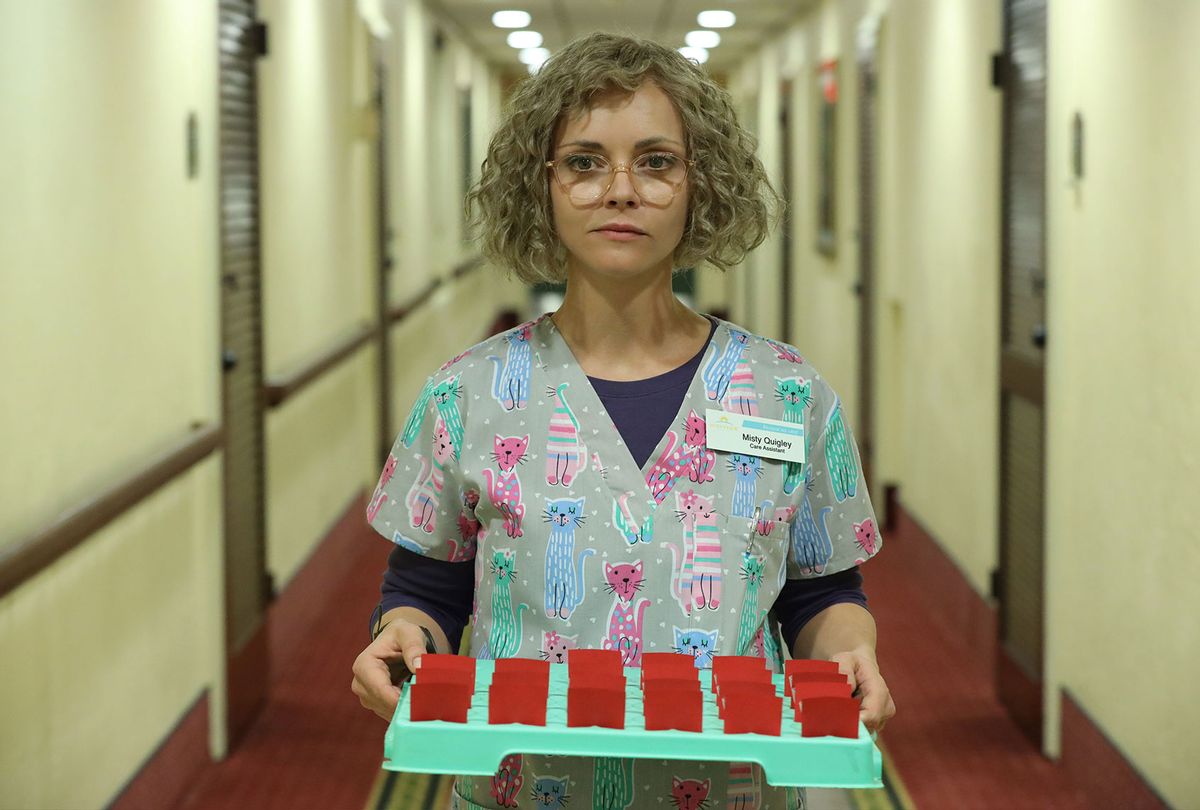 Women are judged more harshly than men when it comes to, well, you name it. "Yellowjackets" tests that theory by a bonfire built mainly for survival purposes, save for the gruesome hunt that precedes it. But it puts an even finer point on that notion when we see best friends Jackie (Ella Purnell) and Shauna (Sophie Nélisse) deride a local pizza parlor's sign reading, "We're Proud of Our Boys Varsity Baseball – Go Jackets!"

It's 1996, and their town doesn't seem to care that the girls' soccer team is the one on its way to the national championship, until their plane goes down and they disappear for 19 months.

"Yellowjackets" is one of those series destined to attract "Lost" comparisons. The parallels are obvious, of course. To write it off as such ignores the essential element setting it apart from the lesser survivor dramas that have come before it, like the fact everyone on that plane knows each other. At least they think they do.

Related: How can the "Lost" finale not suck?

Days into their ordeal they start to understand the truth of each more fully, which is where the story transforms from an ordinary survival drama into a disconcerting, savage curiosity. Series creators Ashley Lyle and Bart Nickerson ask their characters to straddle a past and present interrupted and reset by an intense spell of being lost in the deep wilderness and slowly unmask the ways that ordeal impacted them.

There may come a point when some wonder whether the trail of plot crumbs may be too sparse and question whether it's leading to a season-ending revelation strong enough enough to alleviate those doubts and sell another season. But that won't happen before viewers take in its fantastic, terrifying plummet into the darkness of female desire and rage.

The pilot introduces Shauna, Jackie and teammates Taissa (Jasmin Savoy Brown) and Natalie (Sophie Thatcher) ably enough as the fierce queens of the team's starting lineup. A doomed plane trip into the wilderness rearranges that hierachy, as we see some time after they've been stranded in the wilderness and have resorted to hunting one of their own. That cruel scene opens the story, letting us know what we're getting into.

Every stereotype about women's stories hints that would be an asset, until the script cuts to the ritualized cannibalism. That raises questions that haunt the survivors 25 years after the crash.

Nobody's quite ready to let it rest. Not the middle-aged version of Shauna, played by Melanie Lynskey, a housewife with a subsumed well of suspicions and rage, and a daughter who is about as old as she was when her plane crashed. Not Natalie, a socially maligned teenager who matured into a relapsing addict played by Juliette Lewis. Definitely not Taissa, who as an adult (played by Tawny Cypress) channels her aggressive urge to excel into a run for political office.

At every turn people prod them to reveal what really happened out in those woods, but none of them want to say – knowing what it would mean if they were to reveal the truth.

The six episodes provided for review indicate answers won't be coming any time soon, and the invigorating performances sell the idea that delaying isn't necessarily the worst choice. But that only holds as long as the plot's rope maintains its tension even as it tosses out additional length.

In the short term "Yellowjackets" holds all the essential ingredients needed to brew a thriller worth investing in. The crash scene is agonizing; the direct aftermath is gruesome. The butchery that comes later puts all of that in perspective. Wisely the writers quickly embark upon the process of creating more questions with each answer, which is a difficult build but worthwhile when the strategy works. Still, for all of director Karyn Kusama's masterful establishment of tone and vacillation between the girls' revelry in their invincibility throughout in the pilot, it's hard to quiet the doubting voice that wonders how much patience audiences with have with the careful pacing. This is a 10-episode season that moves as if it has 20 episodes to get us to the season finale. People love such lengthy teases to a point.

The same is true for timeline leaps, although here they're organized with a discipline that sells the essentiality of knowing who these women were in the past to explain their present selves. And the cast, anchored by Lyndsey's shifting tonality, is stellar. She and the show's other marquee names are the main bait audience lures, and they don't disappoint – especially once Lewis' Natalie pairs with Christina Ricci's Misty.

Natalie and Misty are the ensemble's most overtly extreme characters. As teenagers Thatcher roots Natalie in a jungle of feral damage, while Samantha Hanratty's mousy adolescent version of Misty is desperate to be liked, leading the team to underappreciate her intelligence and untapped skill.

When the two are thrust together as adults Lewis and Ricci channel an "Odd Couple" energy where Oscar truly hates Felix, whose fastidiousness may be a symptom of something keenly awry. Augmenting the alarm bells we feel whenever Ricci appears is the character's off-putting devotion to show tunes. Between that detail and Misty's tragic fashion sense, the performer is clearly having a great time camping it up on this show.

The beauty of Lynskey's and Cypress' separate performances is the way they conceal how dangerous they can be, but just barely. I hope Cypress receives the credit she's due for the range she exercises in a role other actors would make too extreme or solemn. The glory of her Taissa is in the way she shifts between the studied politician, the protective mother, the passionate wife and a frightening mask that flashes when she's tested.

Brown isn't as subtle about hiding the teenage Taissa's power and the brutal extent to which she'll go to impose it, but she doesn't have to be. She's the fire in this group that contrasts with Nélisse's Shauna, whose quiet poker face is a precursor to Lynskey's dualistic portrayal.

Lyle and Nickerson's writing team make its heaviest investments in developing the tangled underbrush each woman conceals beneath the faces she shows the other, first on the soccer field and later in the the woods. In each arena teamwork is essential to survival. Obviously somewhere along the line that lauded principle devolves into dangerous tribalism.

Beguiling as the performances are, "Yellowjackets" displays as much potential to go off the rails as it does to interrogate our preconceived notions about acceptable female archetypes and depictions in popular culture. Whatever disharmony that arises in the group is justified by their circumstances.

And the effects convincingly depict the crash and its aftermath in such a terrifying fashion that the "Lost" crash seems humane. That show's producers were bound by network TV's limitation, whereas this drama's production design maximizes the wreckage's brutality to such an extent as to make a person rethink any upcoming holiday travel.

That horror is quickly supplanted by the dread of a wilderness with no roads offering the hope of an exit or easy rescue by anyone passing through – a metaphor for the real risk the story runs of losing its direction. The first season is a web of small mysteries connected to a present one that seems to have a running timer attached to it but, six episodes along, hasn't moved as far from its introduction as one might have expected it to.

There's also the concerns attached to the lurid aspects of the plot that make us more curious about the feral "Lord of the Flies" scenery than the richer secret of who these women really were and are to each other once the illusion of friendship dissolves completely. The writers seed the plot with one significant shocker at the outset and take a while to get to the next which, again, could be perfectly fine.

So much about "Yellowjackets" depends on whether the first season touches down without a hitch, and whether its mystery is sticky enough to keep the fans it wins along the way invested. But I can't foresee any reason one wouldn't want to stay on this road for the full hike if only to see whether the view ahead is worth sticking with it.

"Yellowjackets" premieres Sunday at 10 p.m. on Showtime. The premiere is currently streaming for free at Sho.com. Watch the trailer for the series below, via YouTube.