From "Jeopardy!" to "Trivial Pursuit," how LeVar Burton's latest lesson is one to inspire us all

As this strange year comes to an end, let's consider how LeVar Burton's bumpy ride ended right-side up 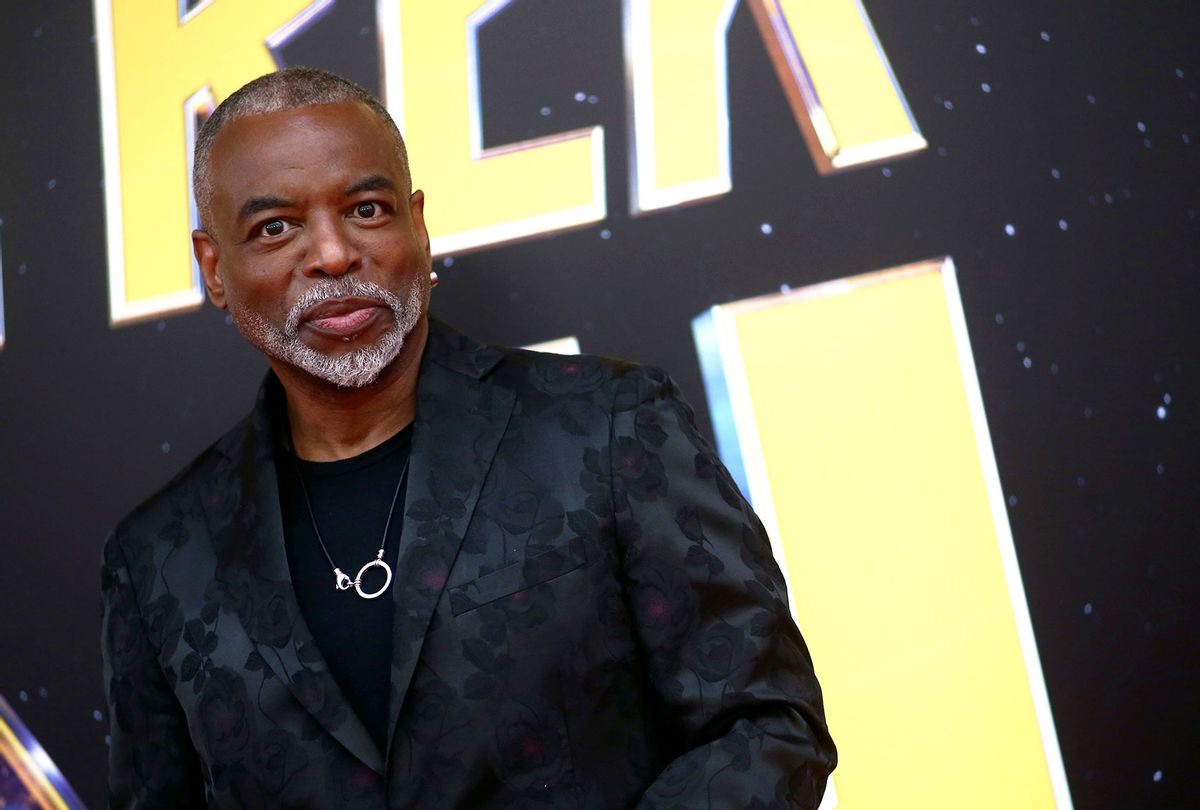 What began with a bud of relief that society was trending toward some version of normalcy was squashed under the boot of an attempted insurrection six days into the new year. We enjoyed the fantastic returns of "Succession" and Adele. Joe Rogan become the unofficial health expert of the anti-vaxxer crowd.

Let's not forget that weeks before the ball dropped in Times Square fans launched a campaign for LeVar Burton to succeed the late Alex Trebek as the host of "Jeopardy!" Momentum snowballed and the enthusiasm surrounding that dream provided yet another mote of optimism.

Nearly a year hence, we know how that turned out – although we could not have predicted that this story's trip through Disappointment Pass would drive by a number of kooky choices selected by execs at "Jeopardy!"'s producing studio Sony Pictures Television.

In case you've forgotten, before giving Burton a tryout, Sony and former "Jeopardy!" executive producer frat bro Mike Richards picked celebrity quack Dr. Mehmet Oz as a guest host before giving Burton a shot along with Green Bay Packers star Aaron Rodgers, who lied about his vaccination status before contracting COVID. Wisely he sought out treatment advice from, yes, Joe Rogan. Who would have thought a brand associated with general knowledge and facts would be so few degrees removed from both Dr. Oz and Joe Rogan?

Be that as it may, because of the brouhaha surrounding Sony's bungling the selection of Trebek's successor – for the time being that duty is being shared by Mayim Bialik, who may also be problematic, and Ken Jennings – many more of us emotionally invested in the syndicated trivia show than we had for much of our lives.

And while that didn't do great things for the institution's reputation, it only resulted in good things for Burton.

Having officially entered the month of "best of 2021" lists and contemplative retrospectives covering the year that was, it's tempting to focus on the definite superlatives or acknowledge important events we'll be happy to leave in the past.

Burton's 2021 chapter is a spectacular journey through the peaks and valleys of possibility that was public, and painful at times, but ends in a way that should please anybody contemplating a daring leap.

In the simplest breakdown of events, strangers and friends made a passionate suggestion that he should be given a shot at one of the best and most respected gigs on TV and he responded not with false humility but by saying, "Yes, actually, I'd make a great host, I'll take that shot."

That's not how business is generally done in the entertainment industry or most others. These deals are forged quietly, behind closed doors. Such was the case with the eventual and troubling selection of Richards, who was wrong for the job in every way.

But "Jeopardy!" made a show of auditioning contenders to replace Trebek, even if it ended up being an empty one. Burton was right to declare his desire out loud. In a New York Times profile he admitted that if he didn't get it he'd be upset, but also philosophically observed, "That which is mine, no one can take away. That which is not meant for me, no amount of wishing or stamping my feet will make it so."

All of that let the world know that Burton's heart was in this effort. That set him up for heartbreak when it didn't go his way. Sony made itself a target of outrage on its own, though, by announcing Richards as the next host. Then The Ringer did what the studio failed to do and dug into Richard's troubling past, discovering multiple allegations of gender discrimination and a library of podcast episodes that include antisemitic and misogynistic slurs.

Meanwhile, the public discovered Burton's soothing podcast that uplifts reading and literacy, and Burton himself began courting offers. It's poetic, truly. A dream launched last year around this time with a fan-fueled quest to host "Jeopardy!" lands with Burton securing a gig to host another show that champions intelligent and breadth of knowledge: the TV resurrection of "Trivial Pursuit," Hasbro's popular family game, co-produced by Entertainment One Ltd (eOne) and LeVar Burton Entertainment (LBE).

"Trivial Pursuit" had previous tryouts on TV, with Wink Martindale hosting its first serialized incarnation in 1993 and 1994 for cable's Family Channel, Freeform's ancestor, with Christopher Knight stepping into the hosting role for a year in 2008 when Hasbro attempted to syndicate it as "Trivial Pursuit: America Plays."

Knight is best known for playing Peter Brady, not teaching generations of children how to read or navigating the stars in an iconic science fiction series. No show's success or failure lies solely in whether the host fits the gig, but it certainly helps. That already places Burton in a position to fulfill his quest to helm a trivia show, and one he can shape to suit him. We can't know whether that would have happened if he hadn't loudly, confidently answered his fandom's call to step into contention for a role Sony wouldn't have considered him for on its own, and still didn't after tens of thousands of people signed a petition.

Finding inspirational parables about life and truth in our fictions is easy, be they televised or written on the page. Popular culture invites us to draw inspiration from real people, too, although so often the image we're presented is manipulated and edited to fit whatever dream a studio or a label is selling.

Burton provided a window into an unvarnished step-to-step tumble through hope and letdown that parked at year's end on a positive score. In its own way he rode the same fast-moving current as the millions of workers who decided life was too short not to try for something better, even if whatever that was had yet to present itself.

Burton boldly took his shot, for the win. There's nothing to read into that but inspiration.