Nothing can compete with the behemoth that is Christmas consumerism, so stop trying to make Jewish holidays conform 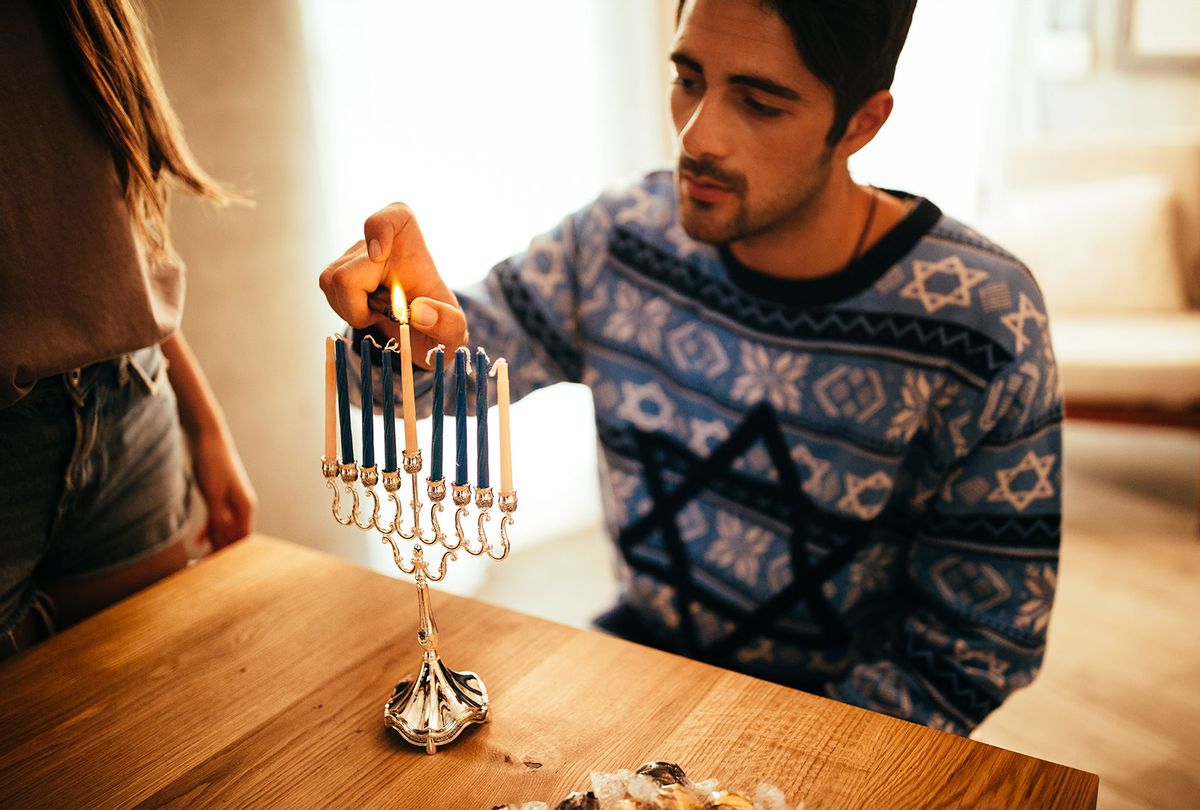 Hanukkah is not a Jewish Christmas. It never was and shouldn't be treated like it is. So pay attention retailers: knock it off. Stop trying to sell us dumb products.

Christmas is its own billion-dollar industry. Nothing can compete with the behemoth that is Christmas. And that's OK! However, within the last two decades, retailers have realized they had been ignoring a similar, yet untapped market: Jewish holidays, Hanukkah specifically.

Although many large corporations have begun catering to their Jewish clientele, unfortunately, because the options have been limited for so long, we're expected to be satisfied that companies are acknowledging us. Not just satisfied, but grateful. Willing to reward a token of inclusivity with our money.

So why do so many corporations produce wrong, ignorant items for sale? Because they don't care about getting things right – just about getting things sold, although I don't know who is buying these things. It's also a great way to tout inclusivity without actually demonstrating it.

RELATED: I fought (and lost) the battle against Christmas

Isn't it better to be acknowledged? you might wonder. Something is better than nothing. Not in this case. When it comes to selling holiday products, Jews are often an afterthought. You shouldn't just repackage a Christmas item as a Hanukkah one – it usually doesn't even make sense. It's so easy to get things right that it's offensive when products are wrong. Not truly offensive like when Shein tried to sell a swastika necklace, but demoralizing for sure.

We don't need a Mench on a Bench or a Shmelf the Hannukah elf to compete with your Elf on a Shelf, although they might be useful for Interfaith families. We don't need the same thing you're selling, just tweaked for one holiday instead of another. Our holidays aren't remotely similar to Christians' holidays; they only occur around the same time because one affects the other. Jesus' Last Supper was a Passover seder. Because of that, although they are not comparable, Easter and Passover are linked. And while Hanukkah and Christmas both occur near the Winter Solstice, they celebrate vastly different things.

An eight-night long celebration, Hanukkah commemorates that the oil from a destroyed temple lasted for eight nights instead of one. Is this a very simplified explanation? Of course. But it demonstrates it has absolutely nothing to do with Jesus' birth – what Christmas celebrates.

Beginning around 1950, women began to knit "Jingle Ball Sweaters" to give people a festive look for a holiday that was becoming more and more commercialized. They were an expression of love. Of itchy, uncomfortable, unfortunate, ill-fitting love. By the 1980s and '90s, people were finally realizing that the Christmas sweaters were the great equalizer; a dutiful expression of love. Because they were hideous. And as they fell out of favor, hipsters recovered them, as they are wont to do. The first Ugly Christmas Sweater Party was held in 2002, and nearly 20 years later, they're still going strong all over the country.

RELATED: Stop dressing like your kids – it's weird, sad and kind of creepy

What began as hipster irony somehow turned a corner a few years later and it, the ugly sweater, became its own commodity. No longer ironic, it was something to laugh with, not at. It displayed your faith in a silly way and the bigger, the brighter, the sillier the better. This is all pretty charming and interesting; I wonder if any other garment has been able to do such an about face.

But for Hanukkah . . . what? No. That's OK. Keep this 70-year tradition strictly for Christmas. Why do we need to get in on this? I've bought my share of Hanukkah-themed shirts for my sons and my nephews, but come on; that isn't edging in on a uniquely Christmas tradition. And you know what? That's OK! Of all things, Jews don't need this.

For me, the biggest question is why holidays must be pitted against each other. Or at least compared. Perhaps it's the easiest way it can make sense to people. If your experience is centered, everything else is "other" and different. It's hard to understand things outside your realm of personal experiences. Maybe a comparison is the only way to bring them together. While comparing puts them in the same universe, there is not a base truth they both adhere to.

Incorrect symbols and phrases occur so often on Jewish items for sale that Rachel Kenneth created the Instagram account @HanukkahFails which documents the ridiculous, inappropriate, nonsensical fails when it comes to Hanukkah merchandise – including the Bed Bath and Beyond pillow that didn't quite get its Jewish holidays straight.

Missing the mark so egregiously is actually more insulting than offering us nothing. Corporations are telling us, their potential customers, they know there is a market for Jewish related holiday décor, yet they don't care enough to spend two minutes on Google to see if matzo was a food eaten at Hanukkah. Even if a person had heard both of those words, they should still take the time to see if they were in any way related.

I don't want to give my money to a company that can't be bothered to pretend a single Jewish person was a part of designing, creating, marketing, or selling an item. But don't worry, it's an easy fix! Within one or two minutes of research, you too can learn if an item is incorrect or inappropriate. Or, even easier: ask a Jew. Literally, anyone who was raised Jewish can tell you if there is something wrong with your product. When it comes to ensuring an article or book is not offensive, sensitivity readers will work with authors. Maybe it's time to hire sensitivity consumerist researchers.

While we're on the topic of reading and writing, there's one holiday topic that is a bit more open to interpretation. Kenneth happens to spell Hanukkah like I do, but if you've wondered why it seems like there are as many spellings for the holiday as nights, it's because Hanukkah isn't an English word; it's a transliteration from a Hebrew one. Because of that, there is no correct spelling for the holiday. There is nothing wrong with spelling Hanukkah in multiple ways – Hanukkah, Hannukah, Chanukkah, Chanukah – as long as you're not using Chaka Khan, you should be good.