HBO's Adrienne Shelly doc is a loving, wistful tribute to the filmmaker whose life was cut short

The film reveals the luminous woman behind the acclaimed "Waitress," the killer's story and the family left behind 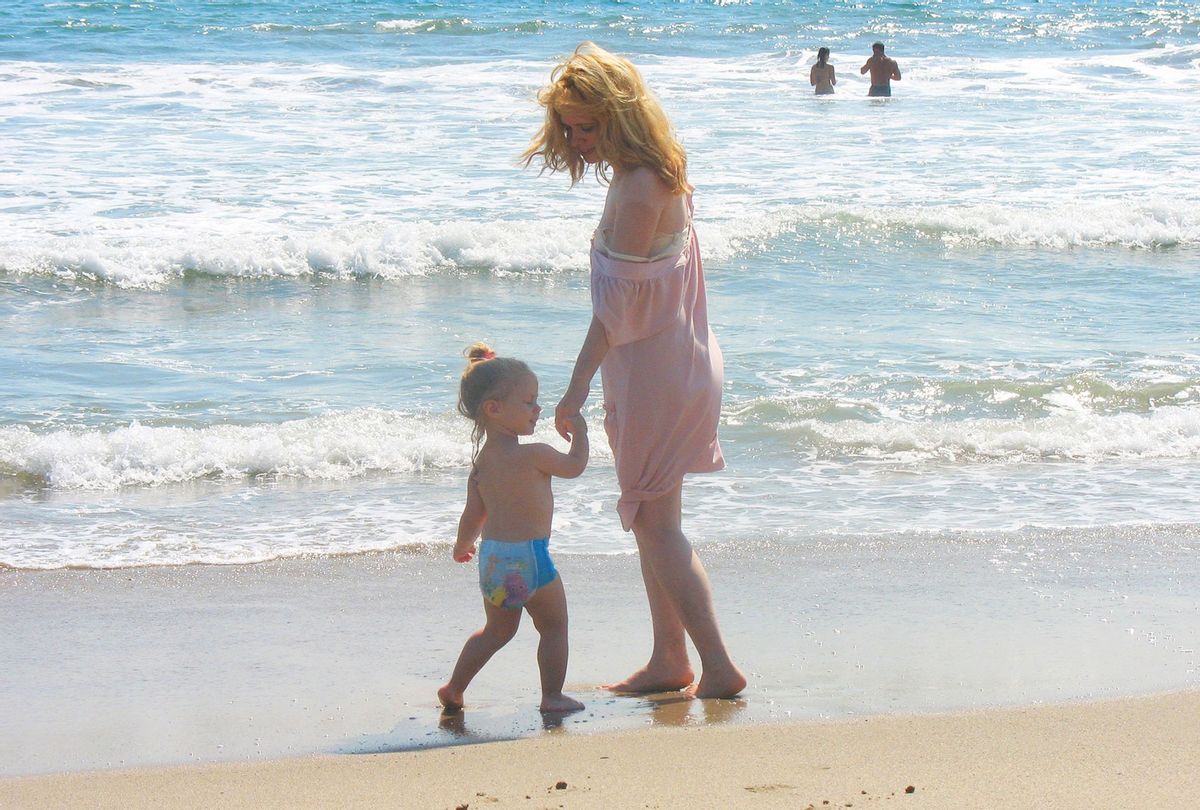 The tragic 2006 murder of Adrienne Shelly cut short the promising career of a talented actress, writer and director. She had just completed directing "Waitress," a film she wrote and costarred in when she was slain; a few months later, it would premiere at the Sundance Film Festival. It would later become a hit Broadway musical.

"Adrienne" is Andy Ostroy's bittersweet, admiring documentary about his late wife, who was the mother of their daughter, Sophie, who was age 2 when Shelly was killed. Ostroy uses interviews, film clips, archival footage, diary entries, and more to trace the all-too-brief life and career of Shelly.

His highly personal approach may appear to be self-indulgent — and at times it is — but it is more of a benefit than a drawback. Ostroy recounts the horror of discovering his wife's body, hung in the shower of her Greenwich Village office. He insists that her death was not a suicide as it appeared to be, but murder. After additional investigation, the cops find the culprit, Diego Pillco, an immigrant construction worker.

One of the many subplots in "Adrienne" has Ostroy contacting Pillco in prison and asking to meet. He wants to learn the details of his wife's murder, and to share who Shelly was with the man who killed her. This section of the film addresses issues of grief and closure, as well as touching on why Pillco committed a crime he regrets. (Pillco's explanation provides an understanding, not an excuse for his actions, which is another tragedy). Significantly, Ostroy never forgives or absolves Pillco — and he does not need to — but given his process and coping with trauma, he is advocating for resentment's virtue.

Most of the film's focus is on Shelly, and her luminosity. Her career began when she quit college in her junior year to find work as an actress in New York. She succeeded admirably in her early collaborations with Hal Hartley in "The Unbelievable Truth," and "Trust." Eventually, Shelly made other films, including "Big Girls Don't Cry . . . They Get Even," and "Hold Me, Thrill Me, Kiss Me," that capitalized on her quirky combination of intelligence and fragility. But as a clip from Rosanna Arquette's documentary, "Searching for Debra Winger" shows, Shelly bristled at her casting being determined by her ability to be "f**ckable," and the lack of respect she and every actress endures.

"Adrienne" shows that it was her frustration with the industry that prompted Shelly to start her own theatre company to maintain control of her projects. She started writing and directing shorts and features. But a critic's negative response to her work disheartened the filmmaker. Meanwhile, her friends and colleagues marveled at her ability to get funding for projects, suggesting in many ways, she had a charmed life, which only compounds the tragedy of her untimely death.

This is why Ostroy's film is so poignant. There are memories of Shelly being sloppy, which are amusing, and Paul Rudd describes Shelly "ethereal." She was treated as a doll in magazine covers when she was an up-and-coming talent. Sadly, when Ostroy interviews folks in line for the musical, "Waitress," no one he talks to knows who Shelly was.

The documentary does provide some insight into Shelly's life before she was famous. Ostroy interviews Shelly's mother, and there are multiple discussions about Shelly's father's sudden, untimely death, from a heart attack, while the 12-year-old Shelly was at camp. (A revealing story recounts how she learned about her father's death). Shelly cites her father as her creative influence, and "Adrienne" suggests her experience with trauma with his death at a young age was why Shelly found humor in things that were painful. A terrific clip illustrating this has her discussing the connection between her breakups and a restaurant that kept changing hands. Her cockeyed outlook on life was endearing. One of the most interesting clips in the "Adrienne" showcase the filmmaker's project on happiness.

Ostroy does not go much for tear-jerking, but he does pull at the heartstrings when the film considers his daughter Sophie's life without her mother. A series of animated segments in the film show how Ostroy explained to his young daughter that her mother was dead, and not coming back. These are sentimental episodes, but they are laudable as a teaching tool. Better are the scenes of Ostroy talking to his now 15-year-old daughter about the mother she never had. Letting his daughter read her late mother's letters and diary entries, showing Sophie where he proposed to Shelly in Paris, and letting Sophie process her grief at missing Mother's Days, or acknowledging the anniversary of Shelly's death are moving episodes.

If nothing else, "Adrienne" will make viewers in general, and fans in particular, wistful that she is still not living and working. Ostroy's film is a loving tribute to his late wife.

"Adrienne" premieres Wednesday, Dec. 1 at 8 p.m. on HBO and will be available to stream on HBO Max. Watch a trailer for it below, via YouTube.