"The King's Man": Come for the goofy revisionist history, but stay for scenery-chewing Rasputin 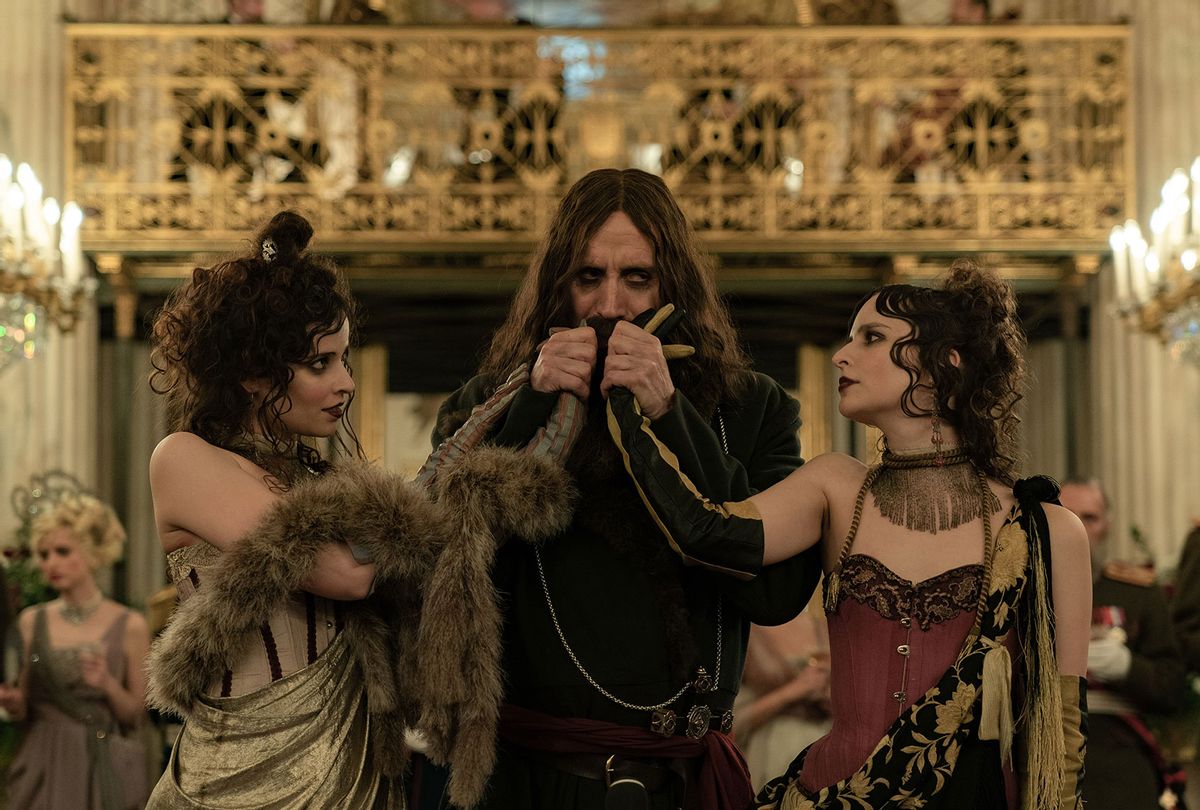 "The King's Man" — an "origin story" for the previous two films in the "Kingsman" series — is a dumb bit of fun, a revisionist history of WWI told in a nimble, comic-book style. At times it is perhaps too comic; Tom Hollander's sneering Kaiser Wilhelm is like something that snuck in from the Jim Abrahams, David Zucker, and Jerry Zucker spy spoof, "Top Secret!" And then there is Rasputin (Rhys Ifans) who is deliciously over-the-top, albeit in a pretty spectacular way.

This is not to say that the film, directed and cowritten by Matthew Vaughn, who helmed the two previous entries, is not without serious moments. The horrors of WWI battlegrounds are vividly shown, and the film certainly tries to be respectful to the lives that were lost and could have been saved during the Great War. But even as this film provides lessons about privilege and responsibility, as well as reputation vs. character — the former is what others think you are, the latter is what you are — "The King's Man" really just wants to feature as many souped-up fight scenes as possible, and some of the action set pieces are fantastic.

But first some backstory. "The King's Man" opens in 1902, South Africa, where a tragedy befalls Orlando Oxford (Ralph Fiennes) and his young son, Conrad (Harris Dickinson). The episode prompts Orlando to protect his only child who, 12 years later, insists on serving in the war after Archduke Franz Ferdinand of Austria (Ron Cook) is assassinated. But Orlando is a gentle man, a pacifist, and cannot allow his son to see battle, even when he is of age to enlist.

RELATED: 20 epic fails from the history of pop culture

The film pits the three cousins, King George of England (Tom Hollander), Kaiser Wilhelm of Germany (Tom Hollander) and Tsar Nicholas of Russia (Tom Hollander), against each other. However, it is really a cadre of baddies, led by a mysterious Scotsman, who is pulling the strings. One of the evildoer's henchmen is the Gavrilo Princip (Joel Basman) assassin of the Archduke. Another is Rasputin, who has Tsar Nicholas under his spell.

Vaughn provides a glossy historical fiction that places Orlando and Conrad in the carriage when the Archduke and his wife, Sophie (Barbara Drennan) are shot. It also involves the Oxfords conning their way to a Christmas party to do in Rasputin, who has a taste for sweet cakes and sweet boys. (The homophobia here is cringey, but so too is Rasputin). Orlando's plan is for Conrad to be the bait to get Rasputin to eat a poisoned cake. Yet the film twists this so Orlando is in a private room with Rasputin, with his trousers off, and the Russian mystic trying to heal the injured Orlando getting incredibly close to his manhood. It's a sight to behold because Ifans goes wild — not just in that moment, but with the action that comes next. Suffice it to say, Rasputin dances like a whirling dervish, fighting any comers, and, as legend dictates, is immune to most attempts on his life. It's a rollicking sequence and the highlight of "The King's Man."

Alas, the film has more than an hour to go when this bit is over, and the film gets sluggish as Conrad asserts his independence and enters the war against his father's wishes. This stretch of the film sets up the big climax, but the more interesting part involves not Conrad's experiences dodging bullets on the battlefield, but Polly (Gemma Arterton), Orlando's trusty assistant, breaking coded messages from Germany by using a network of well-placed domestics. This kind of quiet subversive spycraft is fun, but a subplot about Mata Hari (Valerie Pachner) seducing President Woodrow Wilson (Ian Kelly) to blackmail him — is silly. Still, it gets Orlando, Polly and Orlando's right hand man, Shola (Djimon Hounsou), to recover the cinematic proof of Wilson's assignation in the Scotsman's mountain lair where adorable goats are being raised to make the softest, rarest cashmere.

"The King's Man" starts to get far-fetched and exhausting at this point, and then it includes a death-defying airplane adventure and a mountaineering sequence that lead up to the final showdown with the obvious, nefarious villain. Vaughn tries to go to extremes with these scenes, but they just scream CGI. Such visual gimmickry is better used earlier in the film, when a character on a ship is killed by a torpedo from a nearby submarine. Vaughn uses a nifty tracking shot to show what will happen right before it does. As for the various fight scenes the ones involving gunfire feels telegraphed whereas the swordplay sequences are far more exciting and believable.

While the film is not meant to be an actor's showcase, Ralph Fiennes does justice to his part, providing an air of sophistication that grounds the film in chivalry. (It's not for nothing that the characters have code names that derive from the legend of King Arthur). Gemma Arterton is plucky as Polly, who is smarter than most of the men, but Djimon Hounsou is underserved in the Magic Black Man role. (His code name, of course, is Merlin). Harris Dickinson, who is generally magnetic on screen, oddly fails to make much of an impression here. It may be that his role is one note, but he should have a bit more spark. In contrast, Rhys Ifans gives a commanding performance, and not just because his Rasputin is a towering figure. Ifans chews the scenery like Rasputin chews the poisoned cake, in great big bites, letting the crumbs fall as they may. In support, Tom Hollander seems to enjoy playing three great European leaders, even if he is best at playing King George.

"The King's Man" is a goofy, but that is part of what makes it a good time. It delivers, even if it doesn't go wholly according to plan.

"The King's Man" is in theaters beginning Wednesday, Dec. 22. Watch a trailer for it below, via YouTube: