Mispronouncing "Gestapo" gets the GOP congress-troll what she wants: Attention for her relentless Nazi talk 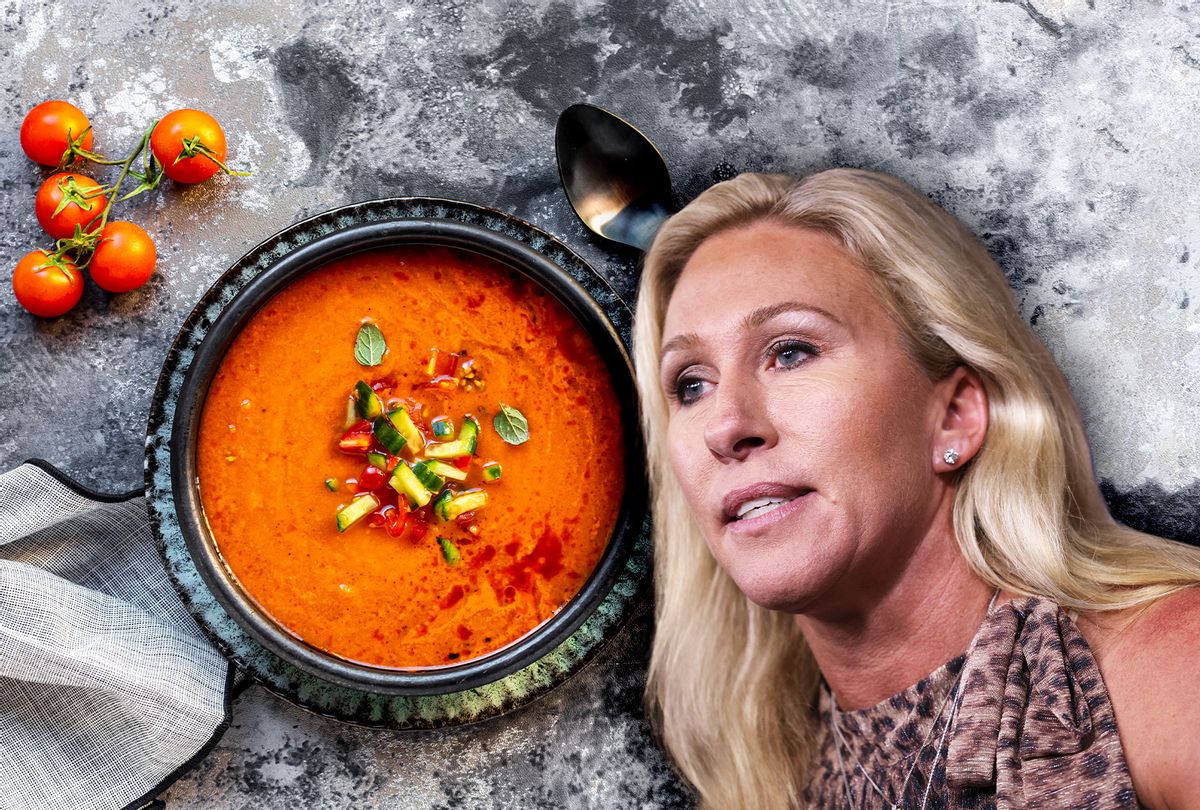 Poor Marjorie Taylor Greene! Not too long ago, this taxpayer-funded troll knew how capture the news cycle for days with a glib comparison of public health officials to the Nazi brass or a shameless equivalence of COVID-19 mitigation measures to the Holocaust. She regularly drew juicy denunciations from famous Democrats. She even got the Anti-Defamation League and Holocaust Museum involved, which is like winning the troll lottery. But recently, the Republican congresswoman from Georgia has been suffering diminishing returns for her relentless, risible Nazi talk. Why, she went on Infowars last week to compare Dr. Anthony Fauci to Josef Mengele and barely anyone paid attention. To add insult to injury, the decline in attention also means that triggering-the-liberals money is drying up.

Suddenly, in what is truly a tremendous stroke of good luck, Greene mispronounced a word. On Tuesday, during one of her approximately 8 trillion public statements accusing her perceived political opponents of being Nazis, Greene used the word "gazpacho" when she meant "Gestapo." She was on One America News when she very loudly and unmistakably mispronounced this word, so the moment went unnoticed for about a day. But then, blessed forever by the gods of trolling, Greene got lucky and a never-Trumper group called the Republican Accountability Project tweeted the video out.

"Pelosi's gazpacho police spying on members of Congress," squawked Greene in her usual tone of maximized faux-outrage. She was referring to a Capitol Hill controversy involving Republican members of Congress who, for some reason, are extremely sensitive about Capitol police coming into their offices without giving them sufficient time to flush the toilets.

But the context hardly mattered. For liberals on social media, all that mattered was the opportunity to mock her. Each joke was more groan-worthy than the last, all meant to showcase how much smarter we are than the CrossFit fanatic who convinced enough Georgia voters to put her in Congress where she can draw a salary to do nothing but troll the left and fundraise for fascism. Greene was able to collect dunks from all the Democrats her fans hate the most, from Rep. Alexandria Ocasio-Cortez of New York (who had one of the few actually funny burns) to chef-activist José Andrés (who did not).

It was a jolly good time for all, especially Greene, who joined in on the fun with a punning tweet: "No soup for those who illegally spy on Members of Congress, but they will be thrown in the goulash." Why shouldn't she be happy? She got everything she wants: More attention to her claims of victimhood for the January 6 insurrectionists and their supporters. More people spreading her false accusations that Democrats are fascists. More downplaying of the horrors of the Holocaust. And, to add a cherry on top, more evidence for her supporters that liberals are a bunch of smarmy know-it-alls.

Indeed, it couldn't have worked out better for Greene than if she had done it on purpose.

In our collective rush to dunk on Greene's idiocy, progressives are failing to notice that she's actually an incredibly effective communicator and strategist for the far right. While her liberal detractors are worried about who would get a better grade on an imaginary vocabulary test, Greene is growing her power, pushing the GOP and the nation as a whole closer to her vision — actual fascism, not the "fascism" she's always accusing her opponents of perpetuating.

RELATED: Whataboutism, the last refuge for Republicans, is on the rise

Green's relentless accusations of Nazism are a crude but potent form of propaganda. Call it "projection" or "false equivalence" or "whataboutism," but it works. Trump, like his hero Vladimir Putin, uses the technique to great effect. It's the favorite rhetorical technique of Tucker Carlson, the number one cable "news" host on TV. The relentless accusations of fascism aimed at Democrats and public health officials serves to de-fang the term, so when Republicans commit actual acts of fascism, it's difficult to persuade the people to be as alarmed as they should be. The mainstream media and far too many members of the public shrug it off as "both sides call each other fascists."  As I argued in last week's Standing Room Only newsletter, "If everyone is a 'fascist,' then no one is. It's the fascist's way of hiding in plain sight."

And make no mistake, normalizing fascism — even making it seem cuddly with fun soup puns! — is Greene's goal. She's been at the forefront of rewriting the Capitol insurrection as a noble act of patriotism and portraying the people arrested in the attempted coup as "political prisoners." Indeed, that is part of the argument she's making in the "gazpacho" video, which now has exponentially more views on it than if she'd pronounced "Gestapo" correctly.

Greene has been incredibly effective at mainstreaming fascism, and she's not alone. Just last week, the Republican National Committee, which has previously been a bit antsy about publicly embracing political violence, released a statement declaring the January 6 insurrection to be "legitimate political discourse." In the face of public outcry, they backtracked a little, adding the clause "that had nothing to do with violence at the Capitol." But everyone knows, especially far-right sympathizers like Greene and her fans, that this was insincere ass-covering. If anything, it just fuels the right's narrative that they are victims of an all-powerful "cancel culture."

In our collective eagerness to feel smarter than the illiterate D students of the authoritarian right, it's all too easy for progressives to overlook their strategic cunning. Sure, Greene got made fun of on Twitter. She doesn't seem to mind, and why should she? Liberals have their jokes, but she and her allies control the GOP — and the GOP controls the Supreme Court and, riding a wave of Democratic voter complacency, they will likely control Congress next year. And they are doing a pretty sterling job at organizing the scheme to steal the White House for Trump in 2024.

Marjorie Taylor Greene is pretty successful for such a dum-dum! Perhaps it would be unwise to continue underestimating her. Progressives and Democrats would do well to pay closer attention to why her dummy dum-dum talk just keeps working out so well for Greene and the authoritarian movement she's helping Trump lead.