Inside the rumors about Queen Elizabeth II, who is not dead yet nor using ivermectin (probably)

A small blog claims to have the exclusive on the monarch's death – or did it? The whole situation's a mess 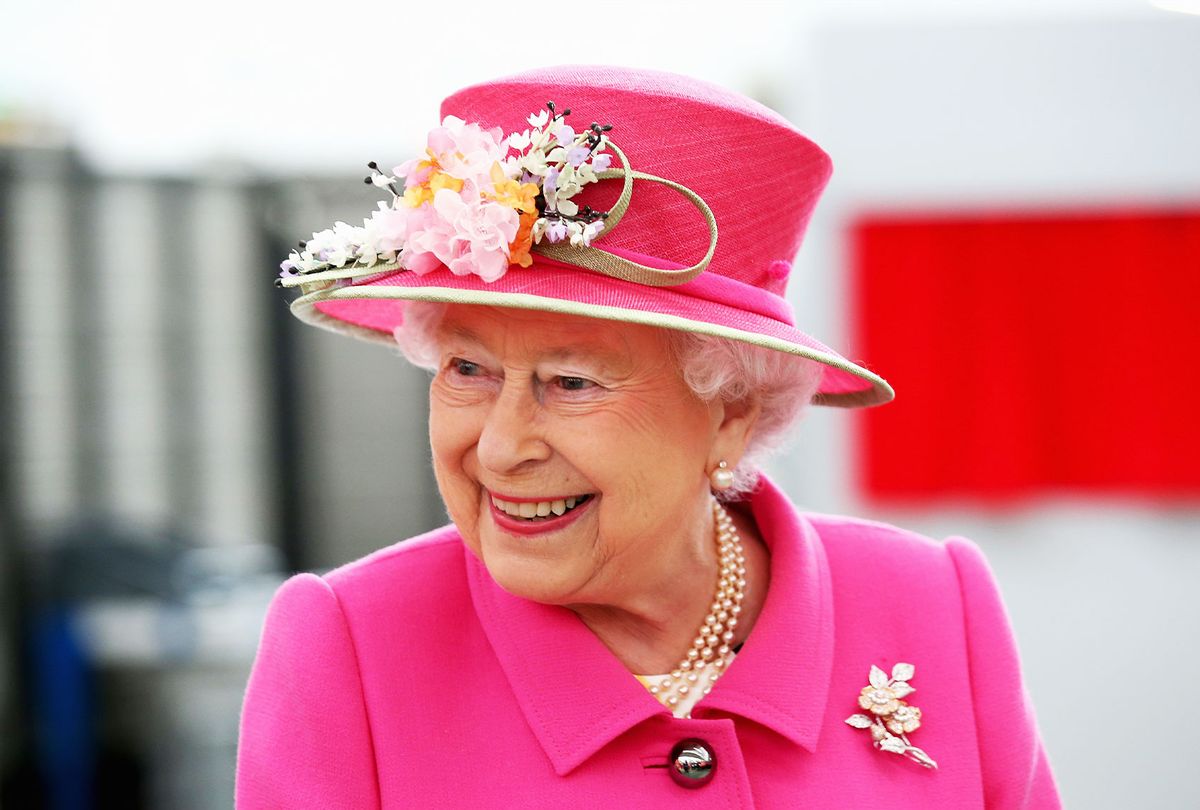 Queen Elizabeth II arrives at the Queen Elizabeth II delivery office in Windsor with Prince Philip, Duke of Edinburgh on April 20, 2016 in Windsor, England. The visit marks the 500th Anniversary of the Royal Mail delivery service. The Queen and Duke of Edinburgh are carrying out engagements in Windsor ahead of the Queen's 90th Birthday tomorrow. (Chris Jackson - WPA Pool/Getty Images)
--

Shortly after Buckingham Palace announced Queen Elizabeth II's positive COVID-19 diagnosis on Sunday, she became the focus of many wild rumors. Well, to be fair, rumors of her death have been swirling around for quite a while ever since her retreat from the public eye last last year.

First, the Australian news program "A Current Affair" claimed that the Queen was self-medicating with stromectol, which is the brand name for the antiparasitic medicine ivermectin, to treat her mild, cold-like symptoms. A separate broadcast segment of the program pushed the same claim, which quickly spread across Twitter.

On Tuesday, U.S. blog Hollywood Unlocked published an exclusive story claiming that the Queen is already dead, and in fact was found dead prior to a scheduled attendance of British Vogue editor Edward Enninful's wedding. The brief piece was written by an unnamed reporter, whose byline appears as "DefaultUser," and attributes vague sources "close to the Royal Kingdom."

RELATED: Why I believed that dumb Pynchon death hoax: The elusive novelist is tailor-made to be the butt of bizarre rumors

In a now-deleted tweet, Hollywood Unlocked had issued an apology for the story and described the entire situation as "embarrassing." The outlet, which primarily covers daily news and entertainment gossip focused on Black celebrities, also blamed the mistake on an undisclosed intern.

"Our deepest apologies goes out to the #RoyalFamily and all involved in this embarrassing situation," the blog's statement outlined per Variety. "It was an accident and we're working hard to make sure that this mistake never happens again. The intern journalist was misinformed and published the draft post by mistake."

That tweet has apparently been deleted because the story is still alive and well, unlike the Queen. Maybe.

The blog's founder Jason Lee later took to Twitter to defend the story, asserting that he stands by his sources and that his outlet doesn't fabricate facts. Both the viral tweet and the story quickly garnered suspicion amongst users who questioned how a small, unknown platform was able to break the news before major British outlets. Users also noted that Lee, who touts a little over 39,000 followers, is verified on Twitter while Hollywood Unlocked is not. The blog's handle included in Lee's bio also leads to a blank account page.

In another viral tweet, Lee claimed that the apology was not legitimate and instead, posted by "some fake account." He once again defended his story and wrote that the outlet was still waiting for an official statement from Buckingham Palace.

Amidst the fiasco, major credible news outlets have painted a different story that proves the Queen is still alive and carrying out her regular tasks while in recovery. On Wednesday, the Associated Press reported that the Queen held her weekly audience with Prime Minister Boris Johnson via telephone.