The false triumph of that nonsensical "Anatomy of a Scandal" ending

We expect more from David E. Kelley than this bizarre, "Die Hard"-like ending for a thriller with rape at its core 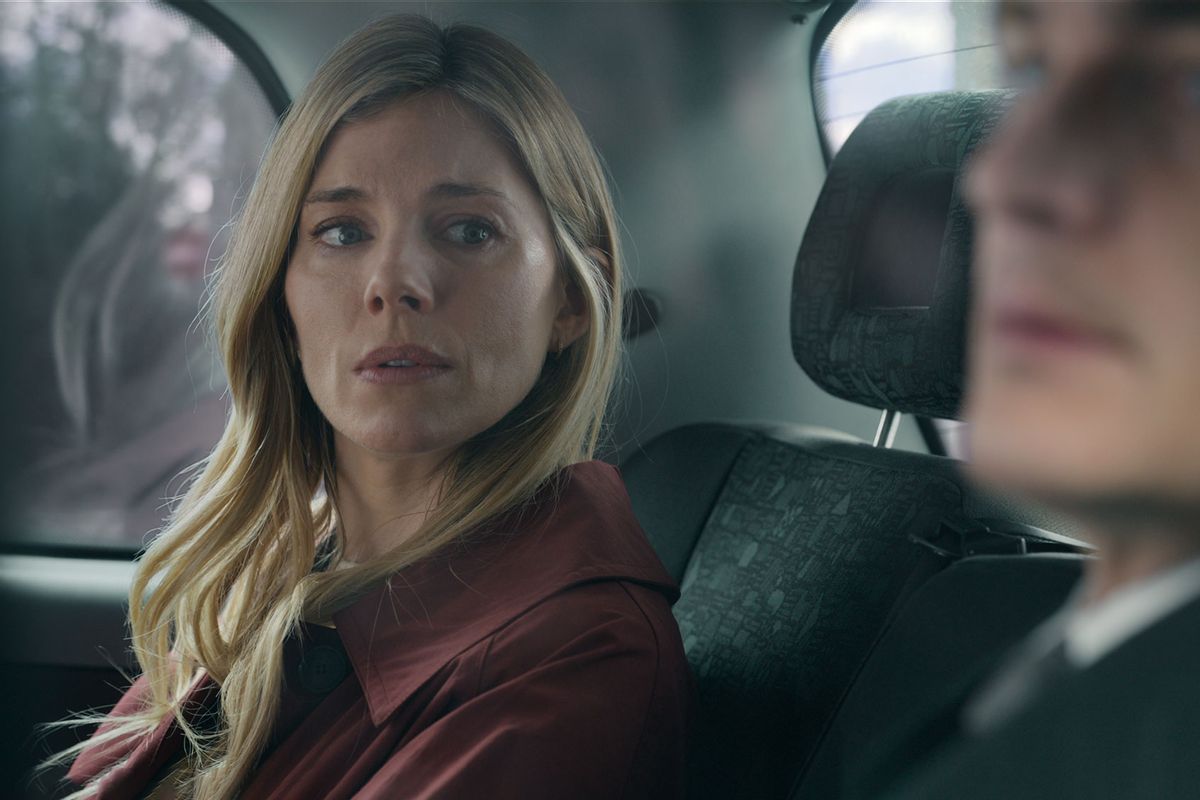 Anatomy of a Scandal (Photo courtesy of Netflix)
--

The following contains major spoilers from Netflix's "Anatomy of a Scandal," including its ending.

Something being a novelist will teach you: people love happy endings.

Perhaps the more discerning reader loves a deserved ending, one that makes sense in the context of the fiction. Not every romantic pair is going to end up together. Not every want will be fulfilled, based on what happened before.

That's why the weird triumph at the end of Netflix's "Anatomy of a Scandal" rings as particularly hollow. The rushed ending of the story feels unearned and false, presenting justice where there is none and a happy, hollow resolution that is anything but resolved.

RELATED: Evan Rachel Wood alleges Marilyn Manson raped her on camera: "No one was looking after me"

"Anatomy of a Scandal," based on a novel by Sarah Vaughan, was created by David E. Kelley and Melissa James Gibson. The story examines what happens when British "golden boy" Tory MP James Whitehouse (Rupert Friend) has an extramarital affair with a younger aide, Olivia Lytton (Naomi Scott). The relationship becomes public. His wife, Sophie Whitehouse (Sienna Miller) is informed. But the worst is yet to come. It seems that not all of James and Olivia's sexual encounters were consensual. Whitehouse is accused of rape and must stand trial.

"Anatomy of a Rape" was not catchy enough, or maybe the show didn't want to give away the accusation.

The barrister on the prosecution? Kate Woodcroft (Michelle Dockery of "Downton Abbey") who, it turns out, has a very personal connection to the case, something motivating her even more than her usual drive to get a conviction,  Kate's former name was Holly Berry (I know). And – this is a major spoiler yet minor surprise – back in her college days, when she was an unpopular, bookish girl and tutorial partners with Sophie, James raped Holly. She never reported it and did not tell Sophie, instead leaving school suddenly and transferring.

I'm no lawyer, but Kelley was, and it's odd that such a glaring conflict of interest, not to mention an unethical one, is a huge part of the show, its biggest reveal and one Vulture calls "the most obvious and overdetermined, shocking twist in recent TV memory." That's not even approaching the weak end of the story.

Vaughan is a British novelist and former journalist. "Anatomy of a Scandal" is her third novel, one where she utilized her experiences reporting on politics and her own background as a student at Oxford.

Perhaps a crime reporter could have helped the mix a bit because, like many Kelley shows such as "Ally McBeal" and "The Practice," a good part of "Anatomy of a Scandal" takes place in a courtroom. But it's not a mere scandal being examined as the title would have you believe. Not Anthony and Kate of Bridgerton sharing a stolen kiss. It's rape.

Hell hath no fury like a woman whose husband is definitely a rapist but was acquitted and also confessed to her some bad things he did in college.

"Anatomy of a Rape" was not catchy enough, or maybe the show didn't want to give away the accusation leveled at James. Or since this is billed as an anthology series, the next season won't be specifically about rape. But, like the majority of rape cases, there is no justice here.

According to The Washington Post, less than 1% of rape cases end in felony convictions. The BBC recently published findings that rape prosecutions in England and Wales have fallen by 70% over the past four years, attributing the falling rates to victims withdrawing their cases (after waiting years in some instances), to an overwhelming amount of evidence difficult for law enforcement to process and to government funding cuts.

So perhaps it's unsurprising that, despite pretty damning evidence, James Whitehouse is found not guilty. What is surprising is the neat bow that "Anatomy of a Scandal" attempts to tie on the mess.

Sure, James got away with rape (twice, that we know about), but his wife Sophie has some dirt on him. Hell hath no fury like a woman whose husband is definitely a rapist but was acquitted and also confessed to her some bad things he did in college involving heroin and his merry frat band of drinking buddies, the Libertines.

Sophie brings to light evidence of those bad things, which also implicate the Prime Minister as being responsible for a fellow student's death, and later meets up with Kate. She's discovered Kate's former identity as Holly Berry – because of left-handedness and neat note-taking, naturally; that's a dead giveaway!

She's tipped off the press like she's Deep Throat and like Bruce Willis in "Die Hard," tosses out the show's last line.

But Sophie isn't going to use that information to help her husband. Instead, she reveals that she leaked his past to the press, which implies that James will hopefully convicted this time, though not for the crimes against Kate or his former aide, Olivia. It's much easier to get convicted of involuntary manslaughter than rape, apparently, which Sophie calls: "Course correction for the greater good."

As there is no real justice in this show, there's also no reconciliation between the two women. No reckoning. Former classmates, tutorial partners and now linked by a terrible crime, they could form an uneasy alliance. Or, Sophie could confront Kate/Holly for unethically prosecuting her husband's case. Or, Kate could confront Sophie for marrying and protecting a rapist.

There's none of that. Instead, after engaging in some light victim-blaming and then playing the misunderstood victim ("A lot of people think they know me. You think you know me. Trust me, you don't"), Sophie says she's tipped off the press like she's Deep Throat and then like Bruce Willis in "Die Hard," tosses out the show's last line casually before stalking away: "Merry Christmas, Holly Berry."

This is supposed to pass for a satisfying ending. Instead, it's simply bizarre. Is this all rape survivors can hope for?

In this hollow happily ever after, Kate chuckles and grins. We're treated to a montage of the arrests of James and the Prime Minister, and a final scene of Sophie frolicking without a care on the English coast. Sophie gets to run around in fields with her children and dog in the lovely countryside, far from the scandal or rape or press. Because she's rich, she'll be fine. Kate, though, gets back to work.

One would hope that legally Kate would not be allowed to prosecute James again, even if her duplicity in the first case was not uncovered (which would likely disbar her). But with this story, which relies little on sense or earning its triumphant finish, you never know.