Everything we know about Dolly Parton's "Mexican Pizza: The Musical"

Plus, how to watch the Taco Bell production from the comfort of your own home 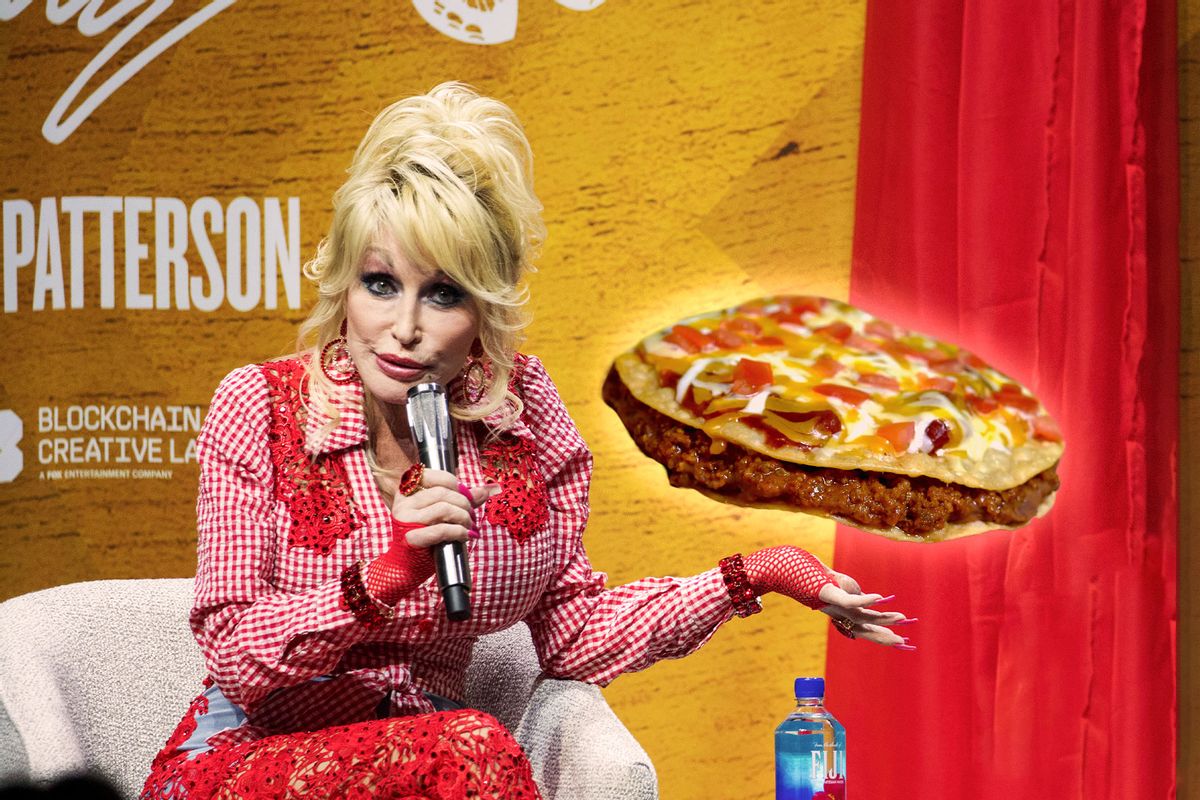 There's something distinctly American about the way in which celebrities and fast-food companies court each other. Consider how "Rick and Morty" superfans helped propel the relaunch of Szechuan Sauce or the revolving door of actors who have portrayed KFC's Colonel Sanders, recently culminating in Mario Lopez starring as the bespectacled fried chicken mogul in Lifetime's "Recipe for Seduction."

Celebrities are also woven through the story of the highly-anticipated return of Taco Bell's Mexican Pizza. It was, after all, singer Doja Cat who was the first to publicly share the news. While on stage at Coachella, she stopped her set to exclaim to the crowd, "I brought back the Mexican Pizza, by the way!" Days later, Taco Bell HQ issued a full press release to confirm that the cult-favorite would be available May 19 at locations across the country.

And now, as the return date approaches, another Taco Bell-celebrity mashup is on the horizon.

On Monday, Dolly Parton posted an image of a script for "Mexican Pizza: The Musical," written by Hannah Friedman, Abigail Barlow and Emily Bear.

As for the caption, Parton simply wrote: "I'm making #MexicanPizzaTheMusical with @TacoBell #tacobellpartner."

Related: Taco Bell is bringing back the Mexican Pizza, but we have an easy homemade recipe if you can't wait

While some Instagram commenters initially thought Parton's announcement was a joke, Broadway World confirmed that there was a musical — albeit one that will only air on TikTok for now — in the works. It's about the "'harrowing' story of those who fought to bring back the Mexican Pizza, featuring notable moments from Doja Cat's triumphant journey."

The musical, which is being produced by Live Más Productions, is based in part on a TikTok made by user Victor Kunda, whose video speculating about what a Taco Bell musical rehearsal could look like went viral late last week.

While the project is definitely satirical — and no further information has been released yet about the specific plot of the musical — the talent involved is no joke. Friedman is a writer and producer who has anchored projects for Amazon, CBS and Comedy Central, while Barlow and Bear are known for their Grammy-winning album "The Unofficial Bridgerton Musical."

And, of course, there's the living legend that is Dolly Parton.

"Mexican Pizza: The Musical" will premiere exclusively on TikTok on May 26 and 8 p.m. EST.