Plus, the the one boundary the actor didn't want to cross in telling Miranda's story about leaving Steve 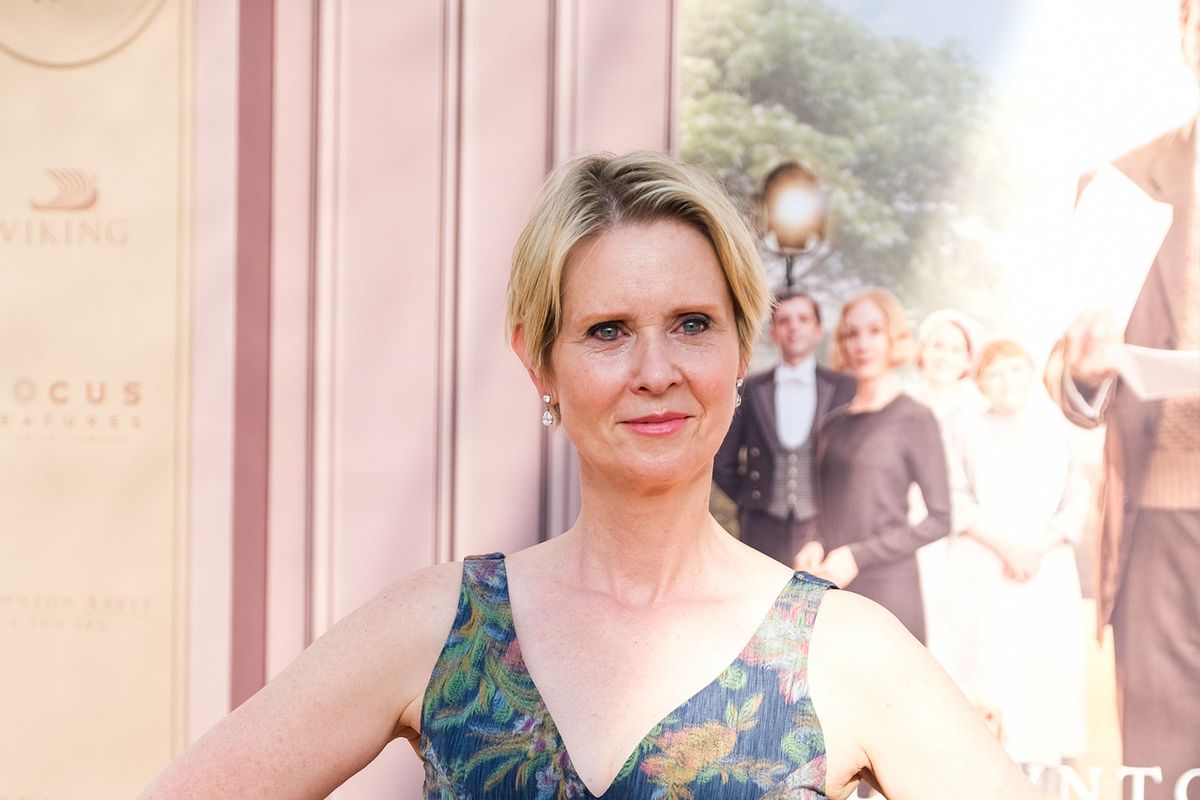 Cynthia Nixon is opening up about her character Miranda Hobbes' sexuality in an interview for Variety's cover story about Sara Ramírez, who plays Miranda's new love interest, Che Diaz, on the "Sex and the City" revival.

On HBO Max's "And Just Like That…," the headstrong lawyer makes strides in both her career and love life after quitting her job at a corporate law firm to go back to school and then abandoning her marriage to Steve explore her own bisexuality.

According to Nixon, Miranda's newfound journey was first discussed when showrunner Michael Patrick King asked her if she wanted Miranda to be a queer character. The role would also be reflective of Nixon herself, who identifies as queer and is currently married to education activist Christine Marinoni.

RELATED: The antiquated homophobia of "And Just Like That"

For the storyline, King wanted to focus on Miranda's marriage, specially her departure from it, and initially proposed that Miranda have an affair with her professor. Nixon, however, opposed the idea.

"I know we're crossing a lot of boundaries here that people have a lot of opinions about, but for me a boundary that I don't want to see Miranda cross is dating her professor, you know?" she explained. "That's not OK with me."

Instead, Miranda falls in love with Che — a non-binary, queer stand-up comedian who co-hosts a podcast alongside Carrie Bradshaw (Sarah Jessica Parker) — and leaves her husband, Steve (David Eigenberg). The romance was regarded as controversial by many viewers. But King said it made sense, especially because Miranda got "married against her will almost."

"Miranda was an anarchy character," King said. "She was like, 'Why do I have to wear a dress and go out and pretend guys are smarter than they are?'"

When asked if she always thought Miranda was queer, Nixon responded with an enthusiastic, "Yes!"

"Even though she was only really interested in men, I think that Miranda had many other queer and frankly, lesbianic qualities about her," she said. "And I think for a lot of gay women, she — we didn't have a gay woman! But she was a stand-in for the gay women we didn't have."

Nixon continued, "Miranda has always grappled with power, and female power versus male power, and women getting the short end of the stick — and that's a big issue for women who are queer. I think not having to be under a man's thumb has always been one of the very appealing things that being with another woman has to offer."