From #SwedenGate to a food-less wedding, why are we obsessed with stories of hospitality gone wrong?

What hospitality looks like differs from culture to culture. Behind a computer screen, that nuance is lost 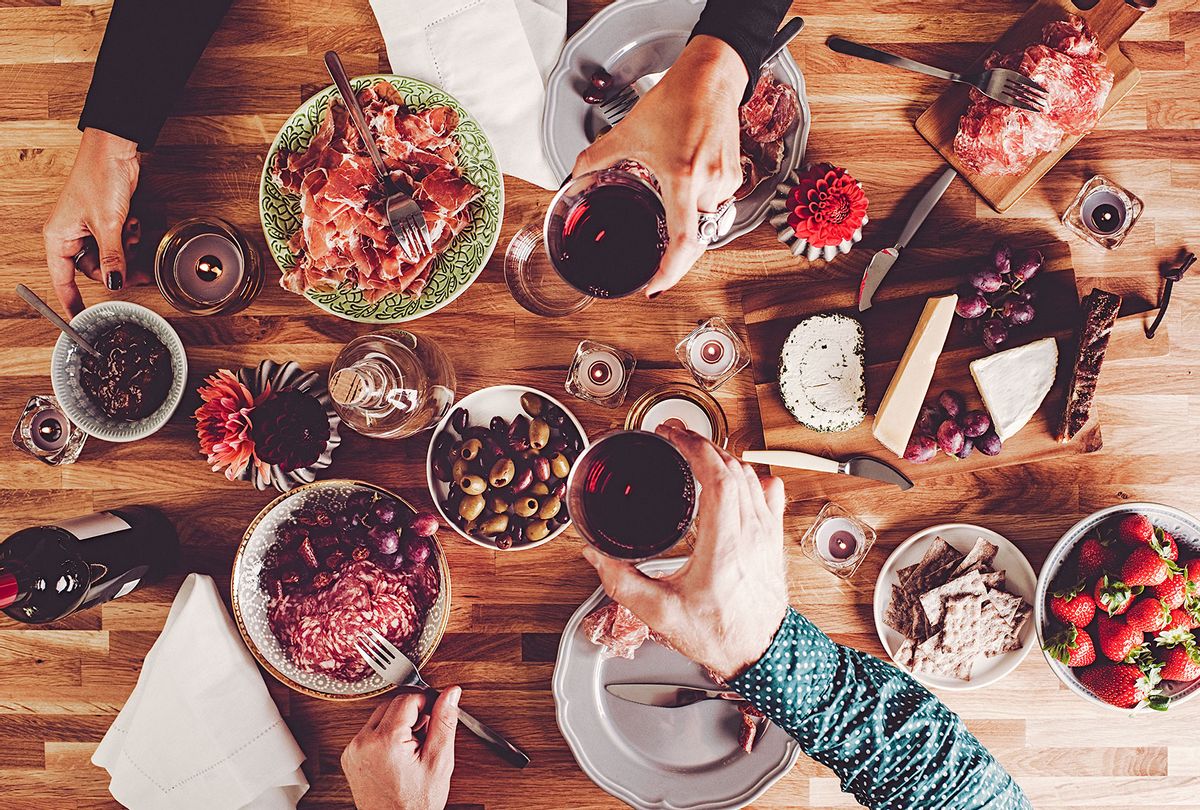 In the epic ancient Greek poem, "The Odyssey," hospitality is perhaps the foremost moral theme. While Odysseus' wife is being badgered by a houseful of uncouth suitors eager to take her husband's place and wealth, the titular hero is trapped on the island of the goddess Calypso. Finally, the heavens hear his pleas to return home, and they grant him passage to the country of the Phoenicians.

Before entering the city, Odysseus thinks to himself, "What kind of people have I come amongst? Are they cruel, savage, and uncivilized, or hospitable and humane?"

In Greek society at the time, there would have been no in-between; one was either hospitable or uncivilized. Xenia, the Greek word used for hospitality in the text, roughly translates to "guest friendship" and was multifaceted. Guests would have been undeniably entitled to certain things, such as shelter, drinks, a place to bathe, safe passage to their next location — and, of course, food.

Related: Real women are still expected to cook: From sitcoms to the Food Network, the "angel in the kitchen" pressure on women prevails

Such was not the case at a recent Disney-themed wedding.

On June 4, a newlywed bride posted a query on the popular subreddit r/AmItheA**hole (AITA for short).

"Disney is such an important part not only to us, but to our marriage," the bride wrote. However, family members had started to gripe about the couple's wedding.

"The issue was with our decision to not offer catering services/bar services at our wedding due to routing the money towards having a wedding Minnie and Mickey make appearances at our special day," she continued. "The cost of having both Minnie and Mickey for a good chunk of time (30 minutes) was almost exactly what our parents allotted for our catering budget, so we scheduled an appearance during our first dance and our wedding photos, forgoing served food."

Attendees had the option to purchase meals at the venue or from vending machines. (It's unclear from the post whether the wedding was held at one of the Disney theme parks or a resort.) However, no catered food was provided to the guests, some of whom publicly complained after the fact.

The bride took to Reddit to find out if she was, in fact, the a**hole.

While there's seemingly room for moral ambiguity in the AITA online community when it comes to all manner of personal conflicts (such as whether reporting rude wait staff to management, resulting in their dismissal, falls into an ethical gray area), the judgment was swift in the case of the foodless Disney wedding.

Not only was the couple roundly mocked for, as one commenter put it, "spend[ing] $5,500 on fake mice," they were accused of something far more serious: being inhospitable to their guests.

This is only the latest dispute over how and when to feed guests that has taken the internet by storm. From #Swedengate to horror over Venmo-backed dinner parties, there seems to be an outsized fascination in dissecting the intricacies of hospitality (and a lack thereof) in a contemporary world as of late. Why? There are likely a few reasons.

The concept of hospitality is a near-universal virtue that is regarded as so important, it's knitted throughout world religion and history.

The concept of hospitality is a near-universal virtue that is regarded as so important, it's knitted throughout world religion and history. The Ancient Greeks' xenia was shaped by the idea that a wandering stranger could be a god in disguise.The Biblical book of Hebrews states something similar: "Do not neglect to show hospitality to strangers, for by doing that some have entertained angels without knowing it."

The societal importance we place upon hospitality is further reflected in the tomes of etiquette advice that have been written and distributed throughout history, perhaps most famously in the U.S. by Emily Post. Much of the author's original advice centered on the prospect of having someone in your home or entering someone else's home while maintaining proper etiquette, which she noted is more than simply knowing what fork to use. Etiquette is "the science of living. It embraces everything. It is ethics. It is honor."

The point being, for many, the concept of hospitality is loaded with strong emotions and expectations. However, in our increasingly interconnected world, it's easy to forget that hospitality itself is contextualized by culture. Sometimes, this is dictated by broader geography.

In May, the term #Swedengate began to trend online after a user on Reddit recalled once going to a Swedish friend's house "and while we were playing in his room, his mom yelled that dinner was ready. And check this. He told me to WAIT in his room while they ate."

Swedes agreed that this was a common practice. "As a Swede, I can confirm this," tweeted @CarlWilliamKul1. "I would find it weird to feed someone else's kid if they [were] just over to play."

Many readers from other countries were aghast at what appeared to be a long-standing tradition of inhospitality. However, Swedes argued that what had occurred was the opposite. First of all, they said, the parents who are hosting wouldn't want to step on any dinner plans that the visiting child's parents may have already made because that would be disrespectful.

Secondly, as Richard Tellström, a food historian at Stockholm University, told NPR, some Swedes think that feeding a guest can create a sense of obligation "and in a society that values equality and independence, people don't want to put a burden on someone or feel like they owe someone something."

This practice is distinct from countries where sharing a meal is a core element of hospitality. This is so much the case in Saudi Arabia, many Twitter users pointed out, that the country had to make a special PSA to discourage residents from inviting census workers in for coffee and a snack because it was making it impossible for said workers to do their jobs in a timely manner.

That said, sometimes the cultural context for hospitality is a little more narrow. For instance, my own parents still tell the story of moving to an Atlanta suburb from Chicago. A new neighbor knocked on the door and invited them to a barbecue, though they declined to mention until the day-of that it was BYOM — "bring your own meat."

While this was a foreign concept to my parents (enough so that it has become a running joke in the family), a culture had developed among the rest of the neighbors where that was the expectation for these get-togethers. Hospitality norms can be even more narrowly defined and flexed within friend groups and families, and they can shift over time.

Behind a computer screen, that nuance is often forgotten. It becomes easy — and honestly, sometimes really satisfying — to narrativize perceived hosts' slights like a modern-day parable. Instead of said inhospitality being punished by Zeus, we're the gods — and we draw the line at a food-less Mickey Mouse wedding.

Behind a computer screen, that nuance is often forgotten. It becomes easy — and honestly, sometimes really satisfying — to narrativize perceived hosts' slights like a modern-day parable. Instead of said inhospitality being punished by Zeus, we're the gods — and we draw the line at a food-less Mickey Mouse wedding. Let perpetrators feel our collective wrath (i.e. internet mockery).

With so much that feels uncontrollable in the world, it occasionally feels good to be the moral authority in the situation where answers seem so cut-and-dry.

Through the lens of those questions, food isn't just food. It can be a token of camaraderie, love and community; it can also be a sticking point in forging those relationships.

I think of when podcaster Amber Nelson tweeted in March about being invited to someone's house for dinner, then receiving a payment request for $20 via Venmo after the fact. "[T]his is weird, right?" Nelson wrote. "This makes me not want to accept offerings in the future."

A friend of mine sent the tweet to our group text with the note: "I would die of embarrassment before billing my guests."

Another responded, "And I would die of embarrassment if I received the bill."

As stay-at-home restrictions have lifted, it's like much of the country is collectively refiguring out which vestiges of gathering in the Before Times they want to maintain and which ones they're ready to let fade away. However, the basics seem to remain the same. Post wrote of good manners, saying they're really "nothing but courteous consideration of other people's interests and feelings." Good hospitality is the same.