"Always push the skillet cookie": An ode to the star of the '90s chain restaurant dessert menu 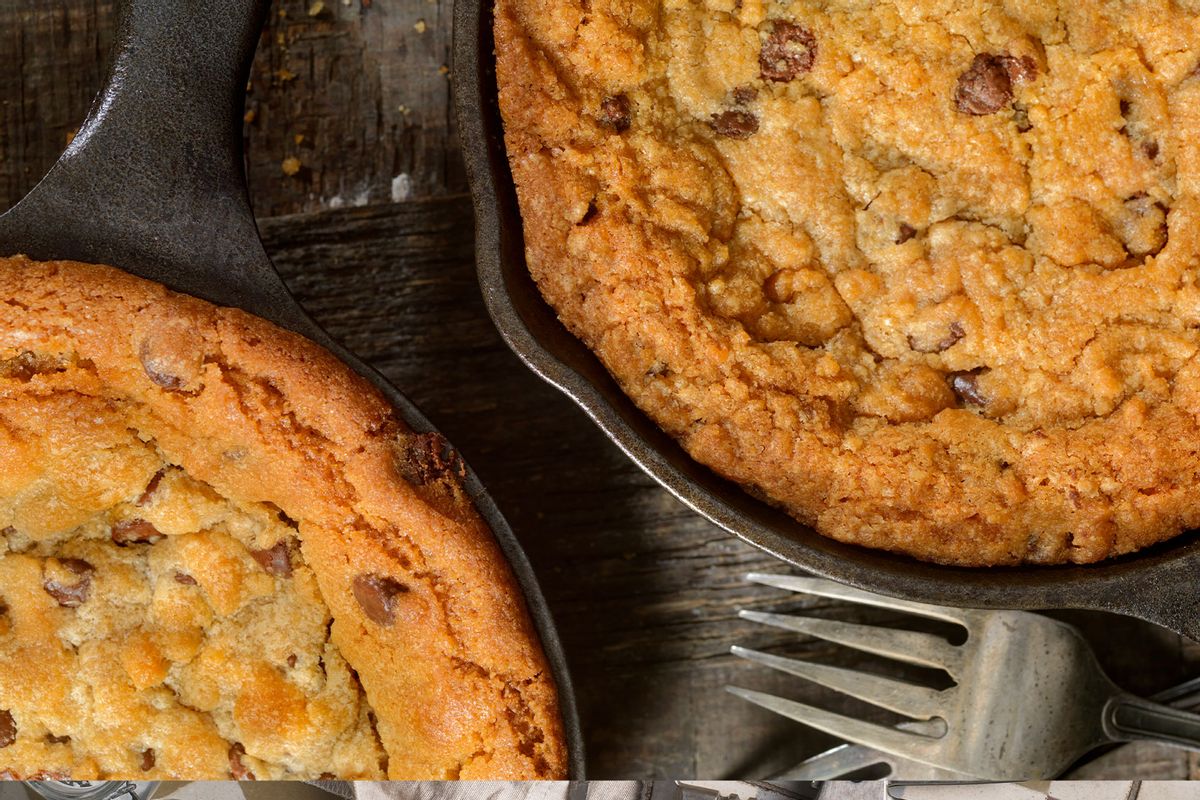 In late high school and early college, I held a string of random jobs: Skate School figure skating instructor, costumed cashier at a local Halloween store, dog walker, college entrance essay editor. But one of my absolute favorites was working front-of-house at Chili's.

While it wasn't the pinnacle of a fine dining experience, it was (and is) also a very typical restaurant experience for most of America. This Chili's sat in the shadow of a Costco, constructed between an Olive Garden and Longhorn Steakhouse.

The bartender who — despite his real name being something like Chad or Brian — went by Spike had been there the longest. He was tall, a little gangly and world-weary in a way that seemed more fitting for a dive bar owner than someone who served electric blue, sugar-rimmed margaritas to giddy suburban moms out for girls' night.

He offered every new female employee the same bits of advice: If you're kind to the back-of-house guys, they'll keep you fed; never smile too much when you're serving couples or you'll risk making someone jealous; and always push the skillet cookies.

While some may regard some of Spike's advice as a little sexist, it definitely served me well — especially the skillet cookie bit. Those things were a home run. I'd watch as the cooks would drop oversized dollops of chocolate chip cookie dough into miniature greased cast iron skillets — the same kind from which the restaurant serves its queso — and toss them in the oven for 12 minutes or so. When they emerged, they were immediately topped with one scoop of vanilla ice cream and a drizzle of sticky-sweet chocolate syrup.

On Friday and Saturday nights, especially, they sold like hotcakes. They ran about $6 at the time and were definitely large enough for two people to split, though there was something decadent about having one all to yourself. One of our regulars, a woman with a collection of Ann Taylor blazers that screamed "real estate agent" or "pharmaceutical rep," would typically come in on Wednesday nights after the dinner rush and find a seat at the bar.

She'd order a glass of red wine and a skillet cookie, then Spike would slide her the remote so she could find a hockey game. She was Canadian, we later found out. It seemed like a really cozy ritual, one I was thinking about recently after I stumbled upon a few 3.5-inch Lodge cast iron skillets at a resale store.

Initially, they were great for small-batch cooking — a single egg, some baked apples, etcetera — and just looking cute in my kitchen. But then a few Wednesdays ago, I realized I'd already had quite the week and the week wasn't even over yet. To paraphrase food writer Bettina Makalintal, I deserved a little treat.

So, I popped a little blob of frozen homemade cookie dough (thank you, Past Ashlie) into a skillet and let it bake until crisped around the edges and gooey in the center. I didn't have ice cream or syrup, but I made do quite nicely with a frankly embarrassing amount of whipped cream. I skipped the wine and found some hockey.

Since then, I've nailed down a version that works well in a standard 10-inch cast iron skillet, meaning there's more than enough to share with friends.