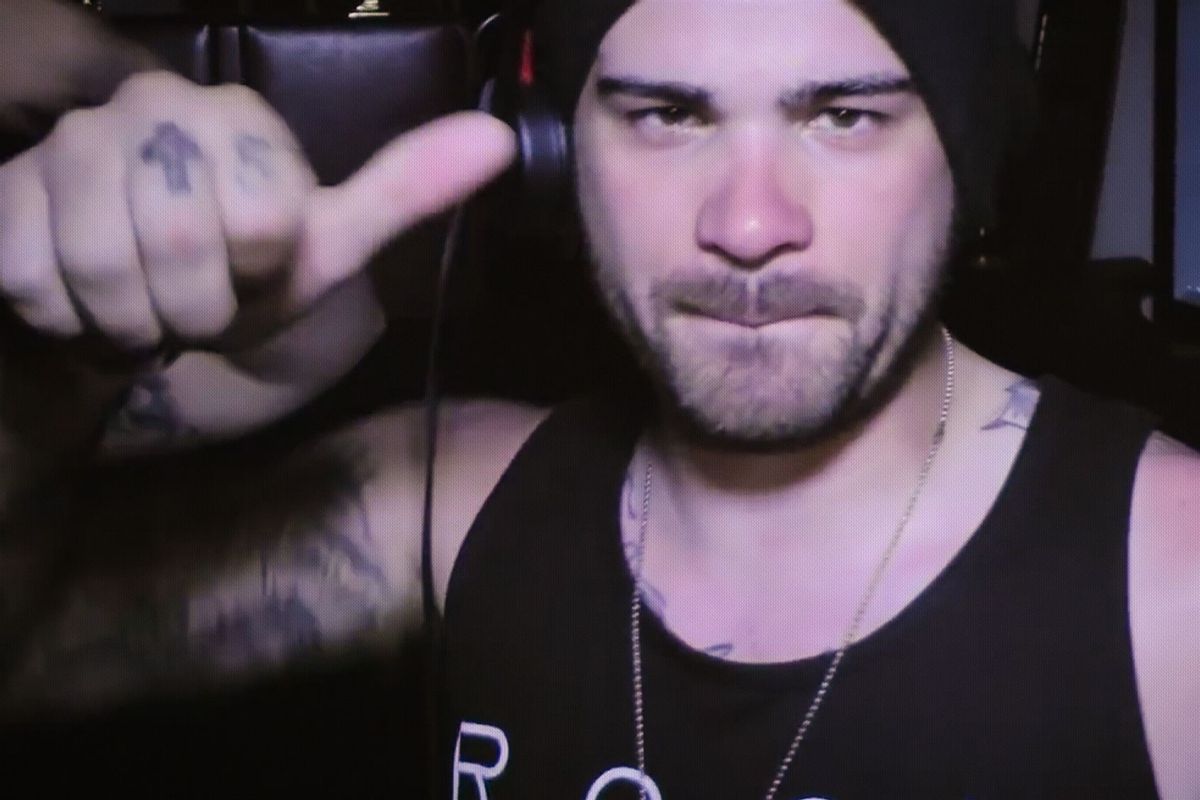 Hunter Moore from "The Most Hated Man on the Internet" (Netflix)
--

It didn't take long till Moore and his site became the subjects of international controversy. Moore was targeted by the FBI, attorneys and, even, the hacktivist collective Anonymous. But his main opponent was one determined mother, who worked tirelessly to see Moore's undoing after her daughter fell victim to his ploys.

From the producers of "The Tinder Swindler" and "Don't F**k with Cats," comes "The Most Hated Man on the Internet," a three-part docuseries that follows Moore's dangerous rise and subsequent fall. Netflix's latest release spotlights the webmaster's victims and their families along with the agents, journalists and lawyers who investigated the high-profile case.

Here are 6 disturbing revelations from the series:

Hunter Moore's sinister motive for creating Is Anyone Up? 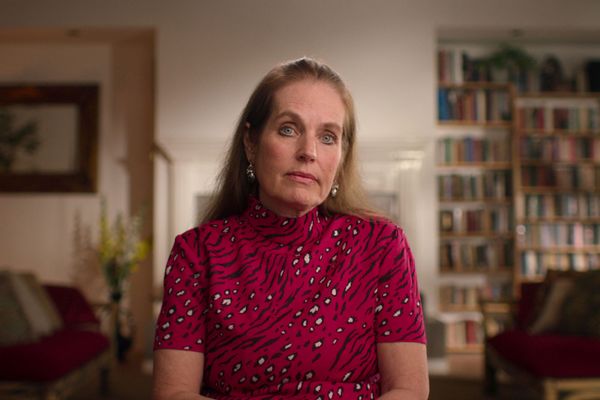 Charlotte Laws from "The Most Hated Man on the Internet" (Netflix)
"Well, it all started with, you know, me hating some dumb b*tch who broke my heart, really. And that's how it started, dude," Moore said in an old interview. "Me and my friends would post a bunch of girls on Is Anyone Up? And we just got a bunch of traffic one day, and I was like, 'Yo, I can make money off titties and f**king people over.'"
Moore, who took part in the scene subculture (a continuation of the early 2000s' emo subculture), first hosted nude photos of metalcore and punk rock musicians on Is Anyone Up? Once the website garnered significant attention, Moore targeted women, posting photos – mostly of them engaging in sex acts – without their consent.
"I started scrolling through the rest of the website and seeing other women's pictures, and it was just everything you can imagine," recalled Charlotte Laws, whose daughter, Kayla, was posted topless on the site.
"It was from very young up to 70-year-old women. It was people who were 300 pounds. It was people who were incapacitated. You know, a blind paraplegic was on there."
The site also included a comment section under each post, allowing users to critique the victims, their appearances and their morals. Some choice descriptors included, "whores," "sluts," "ugly b*tches," "nasty b*tches" and "fat cows."
"It was very clear that the site was about humiliating people as much as possible," Laws said.
02
The brainwashed worshippers 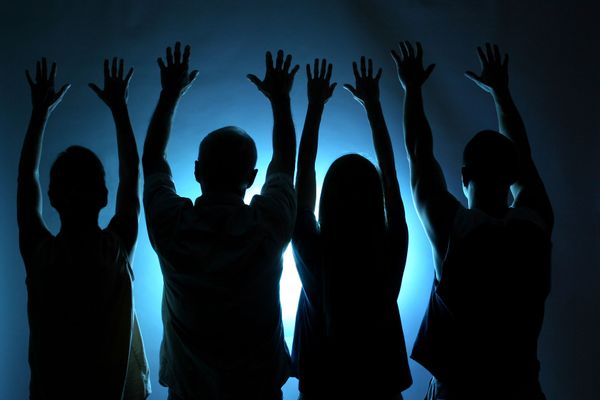 Moore's mass of online fans were formally known as The Family. Members of The Family revered Moore, referring to him as their "Father" and "God," and did whatever he said, no matter how ludicrous the request was.

Some lit their genitals on fire or stuck firecrackers up their anus. Others took videos of themselves urinating and defecating, sometimes in the comfort of their own bathrooms and sometimes out in public spaces. Members willingly filmed themselves punching strangers, attacking innocent bystanders and harming themselves.

However, the most infamous member of The Family was an unnamed girl, who took a video of herself dipping her toothbrush into her own urine and feces, and then brushing her teeth with that same brush.

"There was no doubt that Hunter Moore was a master of manipulation," said Mike, a former scene kid and Moore follower who appeared in the series' pilot episode. "And I think the most extreme example of that was Butthole Girl." 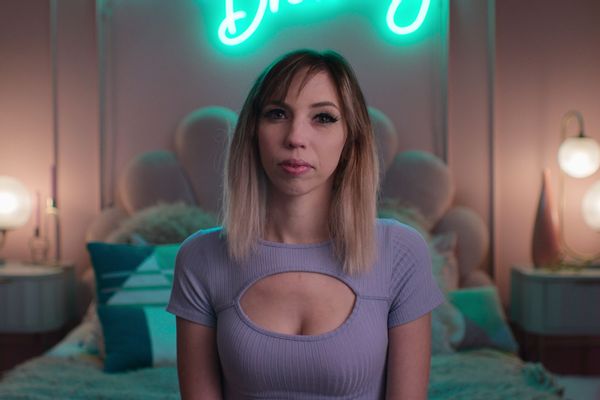 Destiny Benedict from "The Most Hated Man on the Internet" (Netflix)

Destiny Benedict first learned about Is Anyone Up? through a close friend. The then-19-year-old was working as a cam girl in order to move out from home and support her two children financially. Benedict said she sent her nudes to Moore in hopes of attracting more people to her webcam sites, acquiring fame and making boat loads of cash.

Benedict's plan, however, did not go as planned.

During a webcam chat with her friends, Benedict was dared to insert a bottle of hair mousse inside her anus, which she did. One of her friends secretly took a screenshot of Benedict and submitted it to Is Anyone Up? The following day, Benedict's new post was on the site, along with a screenshot of her Facebook profile which included a cover photo of her two children.

Benedict said Moore was not willing to remove the screenshot of her children off his site. So, she offered to take more pictures of foreign objects inside her buttocks, hoping he would then satisfy her request.

A post titled, "Pick what you want her to put in her butt," soon appeared on the site and encouraged users to name obscure objects for Benedict to insert. Moore himself suggested a cell phone, saying it would be funny to then call the cell phone and have it vibrate inside Benedict.

"So I took the photo, and that's how Butthole Girl was born," she explained.

Once Benedict's photo went public, Moore took down her cover photo from the site. The famous Butthole Girl became an overnight internet sensation, with members of The Family asking for her hand in marriage and social media influencers, like Jeffree Star, praising her work on Twitter.

"I had never imagined myself being famous for putting things in my butt," Benedict said. "I wanted more than that." 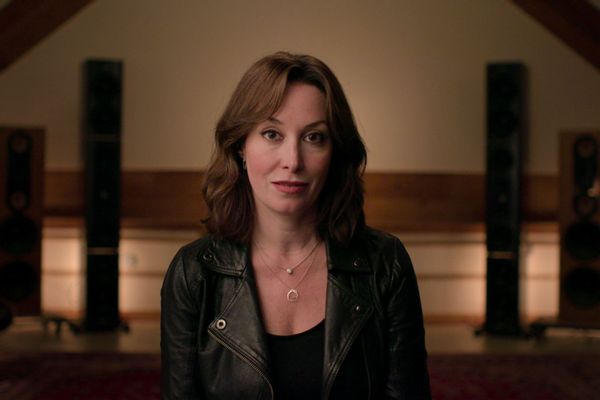 Alex Morris from "The Most Hated Man on the Internet" (Netflix)

In 2012, Alex Morris, a Rolling Stone journalist, joined Moore, who was working as a DJ and professional partier at the time, on one of his East Coast tours. Morris had been assigned to write a profile piece on Moore titled, "Hunter Moore: The Most Hated Man on the Internet."

While recounting the experience, Morris said that nothing could have prepared her for what she would witness on Moore's tour:

"I mean, first of all, he was doing coke. He's drinking a lot. But women were just lining up outside the green room to sleep with him. It wasn't just about having sex. It was about what he could do for shock value to post online. So, he was having women do lines of coke off of his penis. He was drinking vodka out of their vaginas. It was like Howard Stern meets 'Jackass' every single night." 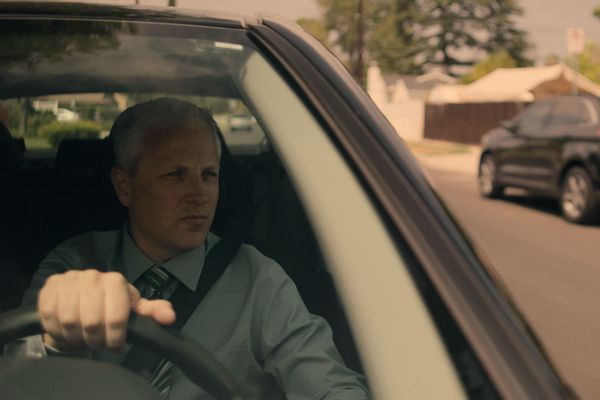 Jeff Kirkpatrick from "The Most Hated Man on the Internet" (Netflix)

Following an elaborate hacking scheme and a lengthy FBI investigation led by Special Agent Jeff Kirkpatrick, Is Anyone Up? was successfully shut down on April 19, 2012. Moore was also stripped of all his electronics, devices and USB cables . . . but that only motivated him to create a more harmful platform than before.

Moore's new website was called HunterMoore.tv and followed a similar concept, wherein users could freely submit (and re-upload) explicit photos of others along with their names and social media profiles. But unlike Is Anyone Up?, HunterMoore.tv contained a new address field, allowing users to provide driving directions to the victims' places of residence and violently target them.

It was clear at this point that Moore felt no remorse for his actions and instead, enjoyed the fear and harm he continued to spur.

"I don't give a f**k about emotionally. Deal with it. Obviously, I'd get a ton of heat for it," Moore said in a 2012 Village Voice profile written by journalist Camille Dodero. "But — I'm gonna sound like the most evil mother**ker — let's be real for a second: If somebody killed themselves over that? Do you know how much money I'd make? At the end of the day, I do not want anybody to hurt themselves. But if they do? Thank you for the money."

06
Laws gives Moore a taste of his own medicine 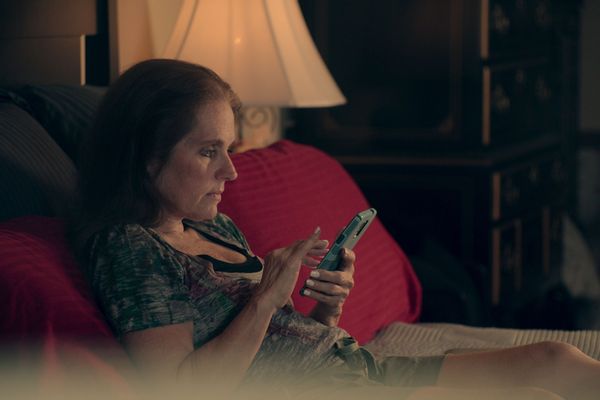 Charlotte Laws from "The Most Hated Man on the Internet" (Netflix)

Shortly after the debut of HunterMoore.tv, Laws challenged Moore by exposing his personal home address on Twitter.

"I mean, no one told me it was going to be a good idea," Laws said. "I thought that it was important to let him know the victims were now gonna fight. We're gonna fight harder than ever before."

Her tweet was met with a flood of hate-filled comments, from both Moore and his warped followers. "By the way, when you and your daughter get my d*ck out of your mouths, you will realize how hard I can troll you," read one response from Moore. In a subsequent tweet, he wrote, "Posting your daughter's nudes tonight. I am the Internet genius and will ruin your life and your daughter's the fun way."

Despite the safety risks and concerns, Laws said she did not regret tweeting Moore's home address.

For more than two years, Laws worked relentlessly to defeat Moore and seek justice for her daughter and countless other victims. In February 2015, Moore pleaded guilty to aggravated identity theft charges and aiding and abetting in the unauthorized access of a computer. He was sentenced to two and a half years in prison and ordered to pay a $2,000 fine.

"The Most Hated Man on the Internet" is streaming on Netflix. Watch a trailer for the series, via YouTube: