Every time I eat tuna, I’m honoring my father

To know my dad is to know his tuna. Now that he’s not here to make it, I want to carry that torch 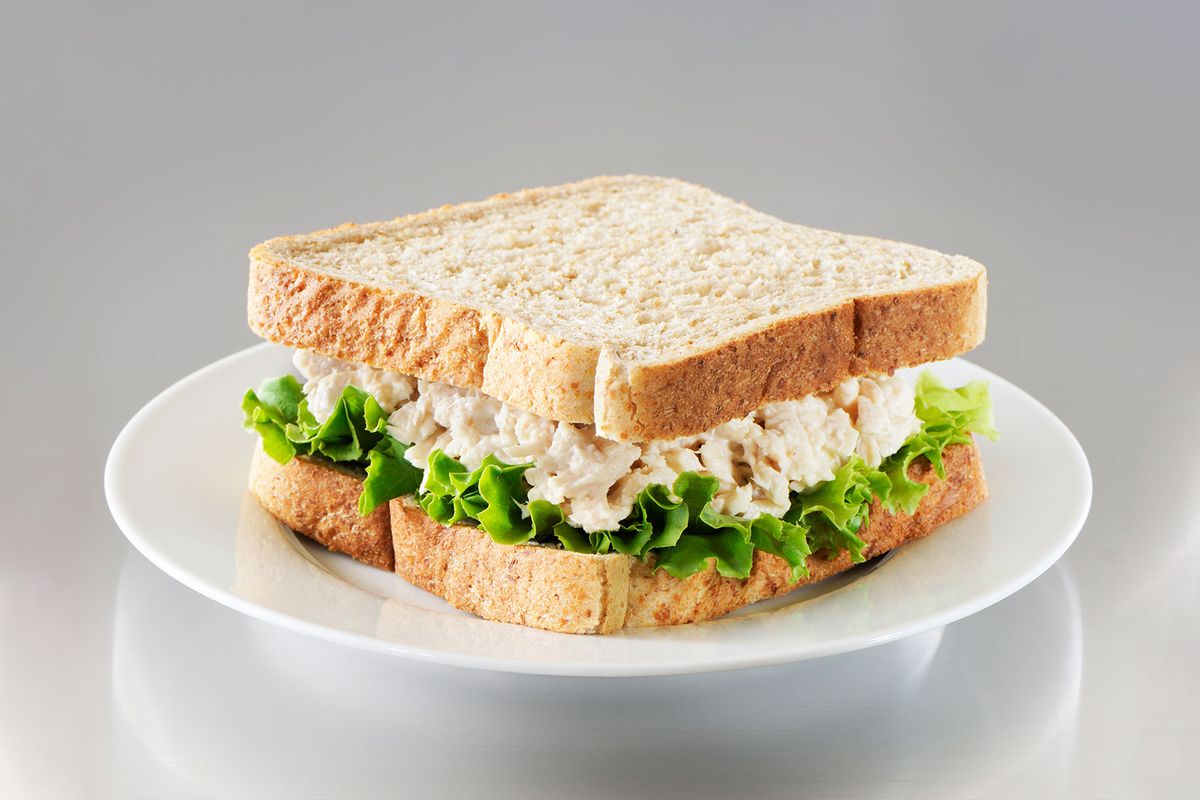 On November 20, 2021 — five days before Thanksgiving, two weeks before his wedding anniversary with my mother and three weeks before his 74th birthday — my dad passed away, suddenly and unexpectedly.

For as long as I can recall, my father had been renowned for his tuna. "Aug's famous tuna" was requested by many a family member and friend and the inexplicably creamy delicacy was the epitome of no frills: Bumblebee tuna in water and Hellman's mayonnaise, blended in a food processor or with a hand beater, until the disparate elements became one with each other. (It should be stated, though, that it was originally my mom's concoction.)

Honoring my dad with Bell's seasoning and family recipes this Thanksgiving

No salt, no pepper, no celery, no garnishes — the aroma would fill the kitchen, though, because he'd often make large "batches" of this concoction. It wasn't even so much a recipe as it was a method. My cousins, family and friends would come over, specifically clamoring for my dad's tuna. My aunt — my dad's twin sister — coincidentally also uses tuna in her macaroni salad, which is the most exquisite macaroni salad I've ever tasted and is one of the focal points of Christmas Eve dinner.

Every time my brother came home, I'd walk upstairs and immediately be greeted by the familiar, nostalgic aroma of tuna and mayonnaise, the sounds of the food processor or hand blender going — and it would run and run. My dad didn't merely stir or blend, he basically liquified the tuna and blended until the tuna and mayo had become one in the same.

This was a "welcome home" sign, a food and smell that signified comfort, nostalgia, as well as a literal favor.

This was a "welcome home" sign, a food and smell that signified comfort, nostalgia, as well as a literal favor — my dad would wrap up multiple sandwiches in foil and hand them to me to have in the car when I'd scoop up my brother from the train station. My dad became synonymous with his tuna, and I bet he beat a world record when it came to purchasing Bumblebee tuna in water.

My father and brother would eat this tuna on "baguette bread" — as my dad called it — whilst I would opt for whole wheat or rye. Back in middle school, I recall garnering the ire of my classmates when I would bring tuna on whole wheat. They would complain about the smell, but I could care less. I loved those sandwiches and that tuna is the culinary equivalent of my father.

No matter the situation, the season, the holiday, the extenuating circumstance — there was always tuna. It was our constant.

At my dad's service, a family friend joked with my mom that she thought about putting a can of tuna in his casket. We somberly chuckled in that bittersweet, mournful manner, but it resonated with me.

My dad was, by no means, a cook. His culinary repertoire was infinitesimal — you could count the entirety of his culinary lexicon on one hand: tuna, peanut butter and jelly, rice Krispies with sliced banana and grilled cheese, which he made by toasting two pieces of bread and then sticking a piece of cheese between them. He was obsessed with lightly toasted mini bagels "buttered" with I Can't Believe It's Not Butter (with a styrofoam cup of decaf coffee sweetened with Sweet & Low).

But his tuna was something else — unbelievably consistent, whipped, light as air and creamy, tuna-forward but not "fishy," never "mayonnaise-y" and perfectly blended. My culinary concoctions were a bit much for him, but sometimes, he'd go back for seconds and thirds when I made certain meals. I loved when he would do that.

My father and I connected through food. It was our primary connection. He'd pick up food for me during his trips to ShopRite, he'd come home with candy. If I even whispered that I was craving something, he'd somehow magically conjure said item and bring it home that night. When it came to food, I never had to want.

He was a fan of Italian baked goods of any iteration, and he loved black-and-white cookies. He adored a local restaurant called Giuletta & Romeo so much that he'd pick up an order there maybe once a month for nearly 15 years. He would eat Martin's potato bread, microwaved buttered corn niblets and jarred brown gravy alongside many a meal. He loved "creamy provolone" from a truly iconic local Italian stalwart called Vitamia. During Christmas time, the line would wrap around the block. Driving to Vitamia with him (and waiting on line) remains a cherished memory.

I miss my dad a lot. He had a robust, jovial laugh that I think is recognizable in mine. He often kept to himself, but I know how deeply he cared about my mom, my brother, my dog and me. I remember once, a few years ago over Thanksgiving weekend, he showed me that he had saved a newspaper from the day I was born.

One of the things that sticks with me most about the past decade or so is his pure, unvarnished adoration for my dog — which was something so foreign to him for 75% of his life, when he had quite the distaste for pets. But he took to Winston so kindly and so wholly, adding ice cubes to his water dish, disallowing me from using his blankets and making the purchase of Winston's food as the focal point of his (nearly) daily ShopRite visits. He would pause the television and call me into the room whenever a dog-centric commercial came on or there was some sort of dog-adjacent segment on the news. Winston sparked some sort of shift in him, and I'm so happy they were able to befriend one another in such a meaningful way.

For a good six months after my dad passed, I didn't touch a can of tuna.

For a good six months after my dad passed, I didn't touch a can of tuna. A few months back, though, I opted to try a new variation: with lots of herbs, lemon, celery and red onion — plus my dad's favorite, Hellman's. Each time I enjoy some tuna with potato chips oron toasted rye or whole wheat, I think that my dad would be happy.

The aroma and flavor felt good, reassuring and familiar; it helped me to feel close to my dad again, using our shared love of food as a way to connect with him as best as I possibly can.

I love you, Dad. I'll relish every single time I ever make tuna — no matter the iteration — for the rest of my days. (And I'll try to always remember to put ice cubes in Winnie's water bowl).

My dad would've turned 75 this past Tuesday. Happy birthday, Dad — we miss you immeasurably and wholeheartedly.