"They can pry it from my cold dead hands": Rumors of a gas stove ban ignite a right-wing culture war

From Tucker Carlson on Fox News to Ted Cruz in the Senate, conservatives are getting heated about gas stoves 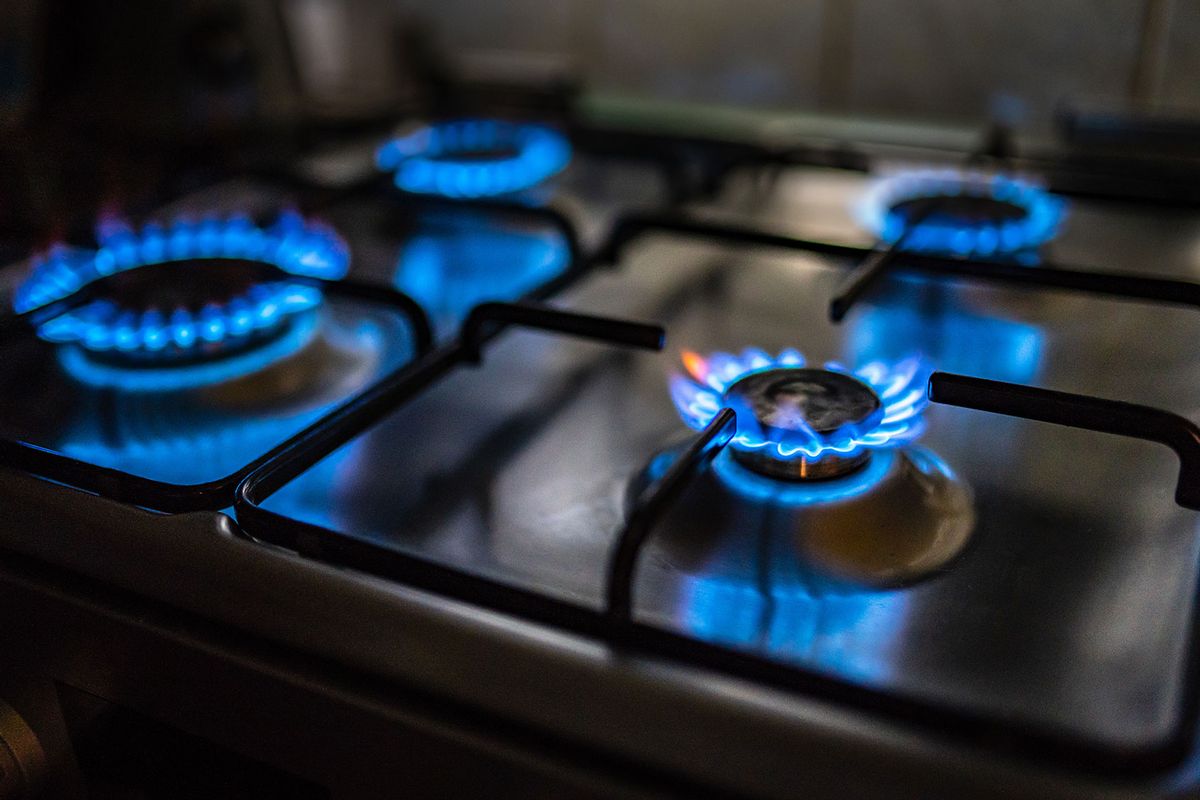 In the final months before the 2020 election, first lady Jill Biden tweeted a simple question to "Queer Eye" host Antoni Porokowski: "What are you cooking tonight?"

"Well, this is kind of embarrassing," Porowski admitted in a 12-second video response. The cookbook author then zoomed his camera out to reveal a kitchen island covered in takeout containers.

Why did this quick, seemingly innocuous exchange from Sept. 2, 2020, resurface with a vengeance in conservative political circles this week? It's because of the accompanying photograph of Biden cooking on a gas stove. In the image, little licks of blue flame are visible underneath the pan the future first lady used to sauté a generous handful of spinach.

"Rules for thee but not for me," Sen. Ted Cruz, R-Texas, wrote Tuesday in a Twitter caption accompanying the resurfaced photograph.

This attempt at a "gotcha" moment came after Richard Trumka Jr., a commissioner of the U.S. Consumer Product Safety Commission (CPSC), suggested that the federal agency may pursue some form of regulatory action surrounding the manufacturing or installation of gas stoves, as contemporary research shows their usage may contribute to environmental and health issues like asthma.

"This is a hidden hazard," Trumka said in a Monday interview with Bloomberg. "Any option is on the table. Products that can't be made safe can be banned."

Though Trumka has attempted to get fellow commissioners of the CPSC to write rules regarding gas stoves before, as The New York Times reported, he "could not get support from the other four members." That being said, Trumka quickly backpedaled his statements to Bloomberg.

"To be clear, C.P.S.C. isn't coming for anyone's gas stoves," he tweeted later Monday, adding that any regulations would apply to new products.

But by this point, Trumka's comments had already sparked controversy in conservative circles. As a result, gas stoves are now caught in the culture war crossfire as right-wing rhetoric saturates the conversation about potential new regulations from the walls of Congress to the screens of Fox News.

On Jan. 9, chef and frequent Fox News guest Andrew Gruel posted a video on Twitter showing himself "strapped" to his restaurant kitchen gas range, tethered by a piece of blue painter's tape. "In protest of the suggested ban on gas stoves, I'm staying taped to this stove forever," he wrote.

The next day, Tucker Carlson invited Stratis Morfogen, the executive managing director of Brooklyn Chop House, onto his show to discuss the rumors of a ban, largely centered on the topic of governmental overreach.

"For people that don't understand the restaurant industry, for 35 years, we've been attacked by everybody," Morfogen said. "We had organized crime in our industry in the '70s, '80s, '90s. In the 2000s, we had corrupt Wall Street. And for the last three years, we've had government overreach."

As the week progressed, versions of the Gadsden flag, in which the tinder rattlesnake had been replaced by a gas range, complete with the phrase "Don't Tread On Me," began to be shared on social media, including by Florida Gov. Ron DeSantis, R-Fla.

"I'll NEVER give up my gas stove," Jackson wrote. "If the maniacs in the White House come for my stove, they can pry it from my cold dead hands. COME AND TAKE IT!!"

"If the maniacs in the White House come for my stove, they can pry it from my cold dead hands. COME AND TAKE IT!!"

This political circus, however, is underlined by real concerns about how a ban on gas stoves — and natural gas itself — would impact restaurant cooks.

This isn't a new fear. In May 2022, the Los Angeles City Council passed a motion that would ban most gas appliances in new residential and commercial construction in the city, citing an effort to combat climate change.

In the lawsuit, the CRA argued that restaurants "rely on gas for cooking particular types of food, whether it be flame-seared meats, charred vegetables or the use of intense heat from a flame under a wok."

According to The Los Angeles Times, this sentiment was reinforced by area restaurant workers.

"The tabletop gas grill is an important part of our Korean food culture," Ryan Park, the general manager of Park's BBQ, told the publication at the time. "It's connected to the taste of the food and how we grill the meat."

Additionally, certain techniques are more difficult or simply not possible without the use of flame. Leo and Lydia Lee, owners of RiceBox, a Cantonese BBQ restaurant in downtown Los Angeles, told the outlet that they cook everything on their menu, with the exception of rice, on a gas range.

"The wok itself is really essential to Asian cuisine," Leo said. "By taking gas away, you're telling us we cannot use woks anymore, essentially taking away our identity and heritage. It forces us to adapt to American culture."

Christina Sleeper is a chef, master food preserver and the founder of Sleepers Gourmet. In an email, Sleepter told Salon Food that one of the reasons behind an industry-wide preference for gas is how easy it is to visually regulate temperatures.

"You cannot just plop down the skillet, turn the heat up to 'high' and expect great results."

"You have multiple size burners that can be adjusted for different sized pans with ease," she wrote. "With an electric or glass top, you have a real learning curve because you must get to know temps by the dial. Also, for electric tops, your pans must be perfectly flat to achieve consistently even cooking. This means abandoning pots and pans we've grown to love — like I had to with my beloved nearly 100-year-old family cast iron skillet. This is expensive."

Could professional chefs adjust? Sure, Sleeper says, but "to become proficient with an electric or glass top takes patience and a willingness to accept the learning curve that comes with using your senses a little differently."

She continued, "You cannot just plop down the skillet, turn the heat up to 'high' and expect great results."

For now, though, questions about a future without gas stoves can apparently be put on pause. A White House spokesperson told The New York Times that President Joe Biden isn't in favor of a ban.

Alexander Hoehn-Saris, the safety commission's chairman, also said that the agency was "not looking to ban gas stoves" in a Wednesday statement.

In the spring, the commission will begin to seek public comment on gas stove hazards and potential solutions for reducing risks.