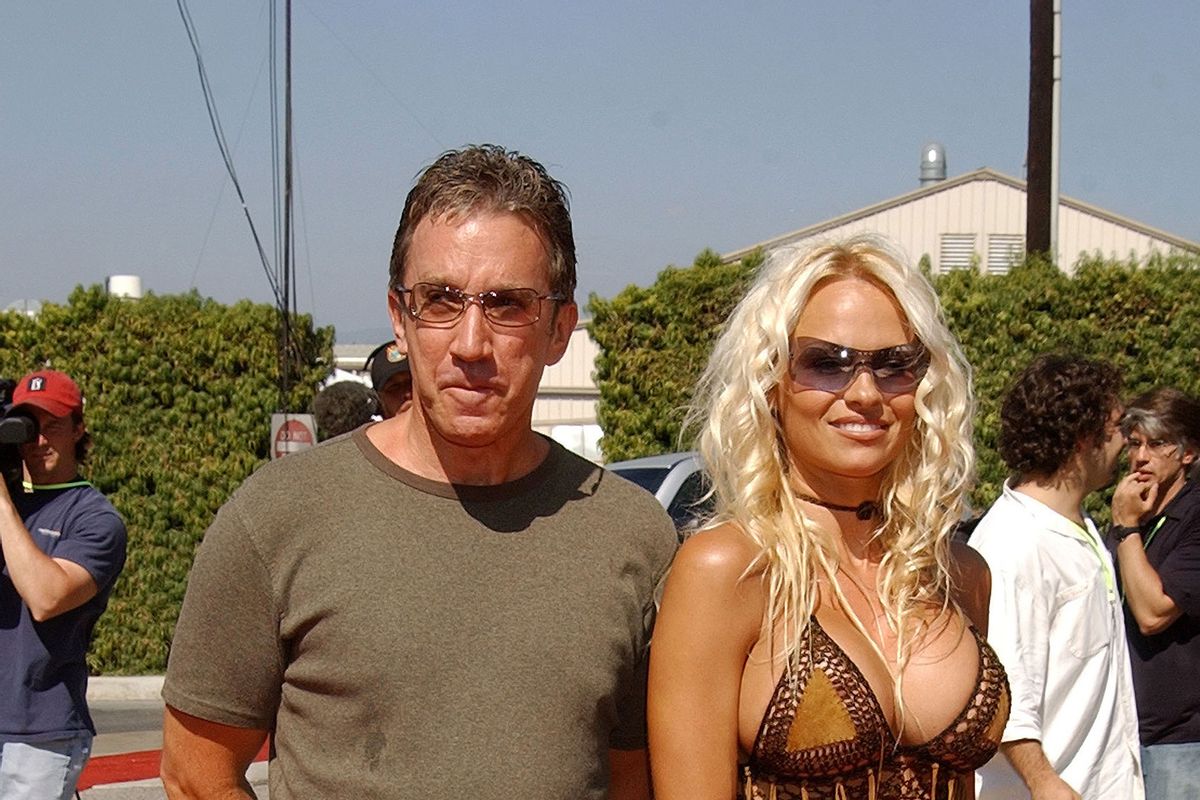 In her new memoir, "Love, Pamela," Pamela Anderson recounts her disturbing first encounter with actor Tim Allen on the set of "Home Improvement."

Anderson specifically writes about joining the sitcom's cast as Lisa in 1991, when she was just 23 years of age, in an excerpt obtained by Variety before the book's Jan. 31 release. While on set, Anderson met Allen, whom she alleges exposed himself to her:

"On the first day of filming, I walked out of my dressing room, and Tim was in the hallway in his robe. He opened his robe and flashed me quickly — completely naked underneath. He said it was only fair, because he had seen me naked," Anderson states, seemingly referencing her previous modeling work for Playboy. "Now we're even. I laughed uncomfortably."

At the time of the incident, Allen was 37 years old. Following the allegation, Allen denied the wrongdoing in a brief statement sent to Variety.

"No, it never happened. I would never do such a thing," Allen told the outlet.

In addition to Allen, Anderson mentions several famous men in her memoir and details her relationships with them, including Playboy magazine founder Hugh Hefner, Jon Peters, Sylvester Stallone and, most notably, her ex-husband and long-term Mötley Crüe drummer Tommy Lee.

Part of Anderson's story was recently featured in Hulu's hit series "Pam & Tommy," in which Lily James played Anderson and Sebastian Stan played Lee. In a recent interview with "The Guardian," Anderson said she felt "violated" by the series, which centered on her infamous sex tape with Lee that was leaked illegally.

"Holy cow. How did I get through all that? How did I make those choices?" Anderson recalled. "But I also have empathy for myself. I see that I just didn't have the tools."

Anderson will also share her personal story in Netflix's upcoming documentary "Pamela, A Love Story," which will also premiere on Jan. 31.

Watch a trailer for "Pamela, A Love Story" below, via YouTube.