Gunman used a high-capacity magazine that California voters banned in 2016. The NRA has held that ban up in court 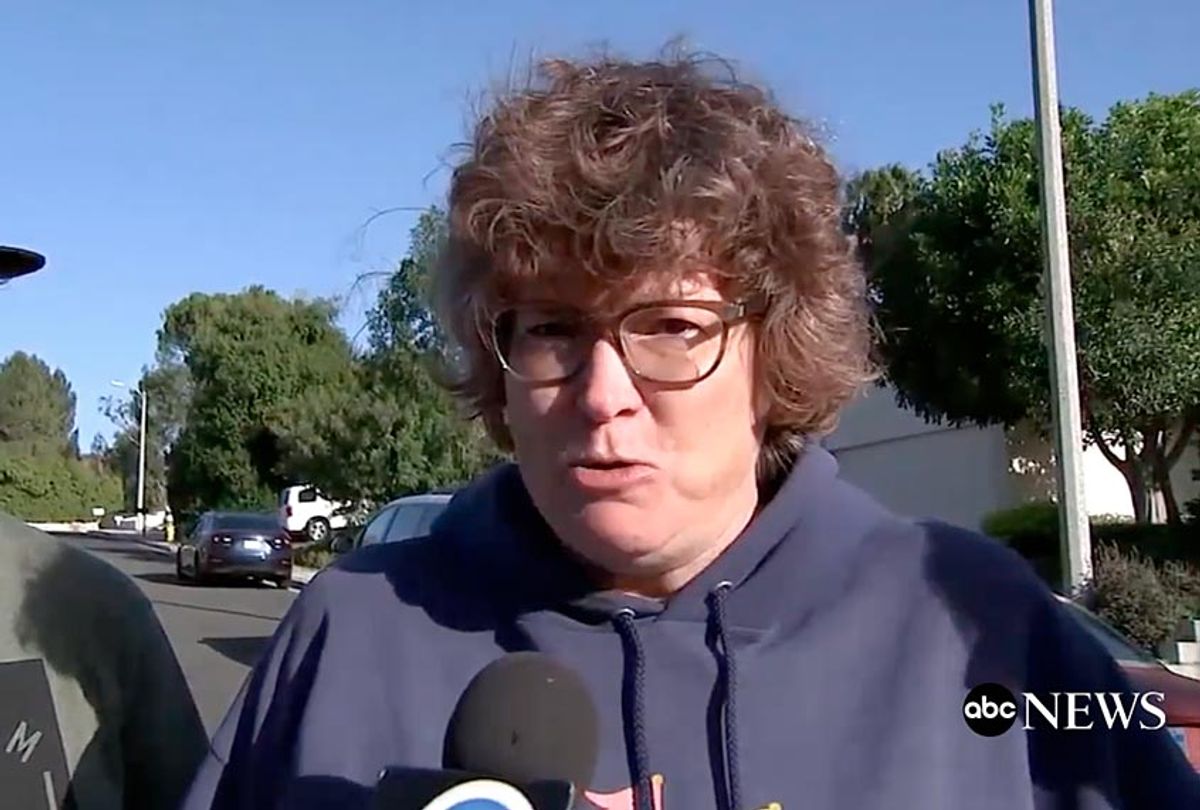 One day after twelve people were killed in Thousand Oaks, Calif. — the 307th mass shooting  in the United States this year and comes just over a week after the Pittsburgh Tree of Life synagogue shooting, where 11 people were gunned down in an apparent hate crime — law enforcement officials confirmed that the weapon that Ian Long had used was an extended magazine outlawed in California by a 2016 voter referendum. The law's implementation, however, is currently delayed by a lawsuit from the NRA, the deep-pocketed pro-gun organization.

In the wake of Wednesday's mass shooting, one of the victims parents disavowed the post-mass shooting playbook. Their son, who was killed on Wednesday, survived the deadliest mass shooting in America last year in Las Vegas.

In an interview with the Washington Post, Marc Orfanos, Susan's husband, described what the newspaper called "a ritual familiar to parents in Columbine, Blacksburg, Aurora, Newton, Orlando, Parkland — and, as of this week, also in the quiet outpost of Los Angeles."

"You're always holding out hope," he told The Post. He said he and his wife had stormed to the Borderline Bar & Grill, where a "college country night" for students came to an end when a U.S. Marine veteran opened fire at the country and western dance hall shortly before midnight.

The couple waited in a crisis center nearby when several survivors told the parents that they had seen their son leave the venue, The Post reports. At noon on Thursday, a police officer told them their 27-year-old son, Telemachus Orfanos, had died. As the newspaper wrote, "That marked the end of one grim ritual and the beginning of another, as the Orfanos parents channeled their private anguish into a public cry for gun control — a cry that has echoed from Aurora to Newtown and beyond." Whether anyone will listen to their disapproval to their calls for stricter gun control is anyone's guess, Orfanos told The Post.

"If mowing down 5-year-olds at Sandy Hook didn't make an impression, nothing will," he said. "The bottom line is the NRA owns most of the Republican Party, and probably some of the Democratic Party as well. Until that vise is broken, this is not going to end." The Post noted the NRA donated to several Democratic candidates this election cycle, citing the Center for Responsible Politics.

In response to Wednesday's tragedy, House Minority Leader Nancy Pelosi (D-Calif.) vowed to fight for "bipartisan, common-sense solutions to prevent gun violence." Pelosi's remarks were echoed by other Democratic lawmakers as they get ready to seize control of the House of Representatives in January, increasing the possibility that the next Congress may pass stricter gun-control measures. However, unlikely that similar legislation will pass in the Senate, where Republicans expanded their slight majority in Tuesday's midterm elections.

Gabrielle Giffords, Arizona's former Democratic congresswoman who was a victim of gun violence in 2011, said she was "heartbroken, angry, and never going to accept this as normal," while Everytown for Gun Safety, founded and financed by former New York mayor Michael Bloomberg, spoke out about "common-sense, strategic actions" to reduce gun violence that has swept the United States.

The NRA, meanwhile, pointed to California's gun laws, which are among the toughest in the nation. The Golden State was the first to ban assault rifles in 1989, after a shooting at an elementary school left five students dead. The organization's spokeswoman, Dana Loesch, also attempted to pivot the debate to mental illness — the cop-out that conservative lawmakers and pro-gun organizations always seem to use to address mass shootings in the United States, conveniently forgetting that mental health is an issue that's not unique to this country, although it has one of the highest rates of gun violence in the developed world.

Democratic lawmakers, meanwhile, expressed hope their takeover of the House of Representatives in the midterm elections would shift the debate — and lead to victories for gun control advocates. Tuesday's results led to big wins for gun control advocates, including Lucy McBath, whose son was killed in a 2012 shooting. McBath, a first-time candidate and a black woman who ran on gun control in a long-held GOP Georgia district, ousted Republican incumbent Karen Handel.

"It is unfortunately not surprising that on the same day I officially became a congresswoman-elect, other families in this country are receiving the same exact call that I did six years ago when I learned my son had been murdered," McBath said in a Thursday statement shared to Twitter. She vowed she would work to "make our communities safer," when she arrives to Capitol Hill in January.

In Virginia's 10th Congressional District, Democrat Jennifer Wexton defeated Republican Rep. Barbara Comstock, who has a conservative record on gun issues and an A rating from the NRA. Across the country, Democrat Jason Crow defeated Republican Rep. Mike Coffman in Colorado's 6th district race that encompases the Denver suburb of Aurora, where 12 people were killed after a gunman opened fire in a movie theater in 2012.

In addition, 60 percent of midterm voters, including 42 percent of gun owners, supported stricter gun control measures while 36 percent were opposed, according to an NBC News exit poll.

Still, the NRA scored major wins on Election Night, as NRA-backed candidates won many more races than they lost.

"I'm shaking with anger right now," Jaclyn Corin, a high school senior who helped launch the March for Our Lives student movement, told a room of fellow gun control activists at an election watch party. Tuesday night's results came less than one year after a gunman opened fire at her Parkland, Florida high school and claimed the lives of 17 people.

"It's like the same feeling I was getting the night of 14 February, so angry that I don't know what to do with that anger," Corin said.

Blackburn spoke out about the need to "protect the Second Amendment and protect our citizen" during an appearance on Fox News Thursday, before calling to address mental health issues in America.

In his interview with The Post, Orfanos revealed that his son was a gun enthusiasm. He said that he would often visit shooting ranges during his time in the Navy and asked his parents if he could keep a gun in the house when he turned to live with them. They told The Post they wouldn't allow it.

"My take is that if there's a gun in the house, there's always a possibility of an accident, or of suicide," the victim's father said. "It increases the odds."

The victim's father said he hoped his son would change his mind about keeping a gun in the house after he survived last year's mass shooting in Las Vegas, which left at least 58 concertgoers dead and injured over 500 others. The newspaper reported that his son suffered PTSD as a result of the incident and that he "helped pull mutilated bodies out of the line of fire." Still, his father said, "He still thought people can have their guns. But even he said they didn't need extended magazines, which is what the person had who murdered my son."

Orfanos said he "blames flat out" his son's death on the country's "gun culture," which he said is maintained by "the Wayne LaPierres of the world, the Dana Loesches, because they put the fear of God in some of these people who think they need to have guns up the wazoo." (LaPierre is the executive vice president of the deep-pocketed pro-gun organization.)

The victim's father told The Post the only way to change the culture is to pass "rational gun legislation." He also said it was time to "get real and put an end to this violence."

"My son was a Navy veteran, and, fortunately, he never faced combat," Orfanos said. "Last year in Las Vegas, he survived as his friends were shot all around him, only to come back to our home and be murdered in our hometown."