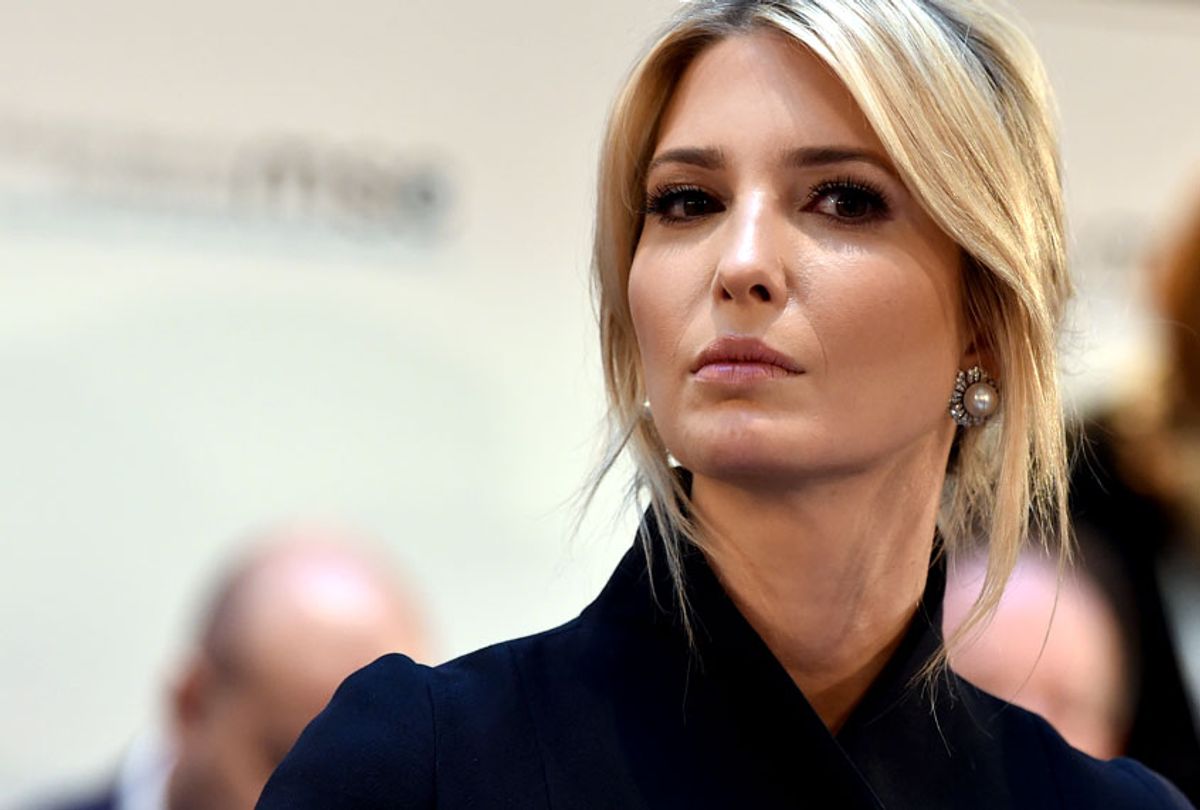 Democrats in the House of Representatives appear to be quietly scrutinizing Ivanka Trump, President Donald Trump's eldest daughter and a senior White House adviser. Although the first daughter was conspicuously absent from a blast of document requests that the House Judiciary Committee sent last week to 81 individuals and organizations linked to the president, congressional Democrats still seem interested in examining Ivanka Trump and her business ventures, albeit doing so in a more circumspect manner.

Of the 81 document requests sent by the Judiciary Committee, 52 organizations and entities were asked to produce documents related to Ivanka Trump or her business ventures, according to the New York Times. They were also asked whether foreign governments had offered her gifts, money, loans or capital investments in her companies — any of which could potentially violate federal or ethics laws, given her position within the White House.

"She'd be in violation of the Constitution if she was getting any business deals from foreign governments," Richard W. Painter, the chief ethics officer under President George W. Bush, told the Times. (Painter was referring to the emoluments clause in the U.S. Constitution, which prohibits government officials from accepting gifts or payments from states or foreign governments without congressional approval.)

Painter noted that House Democrats are also probing other payments that "aren't emoluments clause violations" but could be creating "financial conflicts of interests for her."

"The idea here is to get an awful lot of information we would have had if there had been more detailed disclosures about the entities the Trump family controls," he said.

House Democrats are examining Ivanka Trump to determine "if she leveraged her role in government to profit for herself," the Times reported. Although Democrats in the lower chamber are attempting to quietly probe the first daughter, cautious that scrutinizing President Trump's adult children while they investigate the president could launch a political firestorm, the list of those asked to turn over materials that may illustrate a relationship with foreign governments appears extensive. It includes, "George Nader, the Lebanese-American businessman who is cooperating with the special counsel's inquiry; Erik Prince, the founder of the security contractor formerly known as Blackwater; Matthew Calamari, the former Trump bodyguard turned businessman; and Hope Hicks, a former White House communications director. Others were Corey Lewandowski, the former Trump campaign manager; Michael Flynn, the former national security adviser; and Allen Weisselberg, the chief financial officer of the Trump Organization," the Times reported.

The Trump family's foreign business dealings — and the potential conflicts of interest they present — have been a source of controversy ever since President Trump's inauguration in 2017, with many critics questioning if the first family profits off Trump's White House tenure. The president has resigned from his namesake company, the Trump Organization, and he has turned over the operation of his business to his two eldest sons: Donald Jr. and Eric Trump.

But financial disclosure forms logging a long list of fashion, investment and real estate assets revealed that Ivanka and Kushner increased their wealth while serving as senior advisers to president. The forms disclosed that the couple held assets totalling between $82 million and $222 million in 2017.

In the summer of 2018, Ivanka Trump shuttered her eponymous fashion brand but the first daughter recently obtained new trademarks in China even as her father was publicly declaring a full-blown trade war with with Beijing. The president of the Ivanka Trump brand has said in a statement that the fashion line regularly files for trademarks "in regions where trademark infringement is rampant."

In another case, Ivanka Trump and her husband promoted an Opportunity Zone program that offers huge tax breaks to property developers who invest in low-income communities across the country. Through the program, the pair could make millions in tax abatements.

It also remains unclear whether Ivanka Trump was involved in efforts to build a Trump-branded skyscraper in Russia before her father pursued a White House bid. Michael Cohen, the president's former lawyer and "fixer," has alleged that efforts to build the tower in Moscow, which never materialized, continued throughout the 2016 campaign. Ivanka Trump previously claimed she was unaware of Cohen's attempts to build in Moscow in 2016.