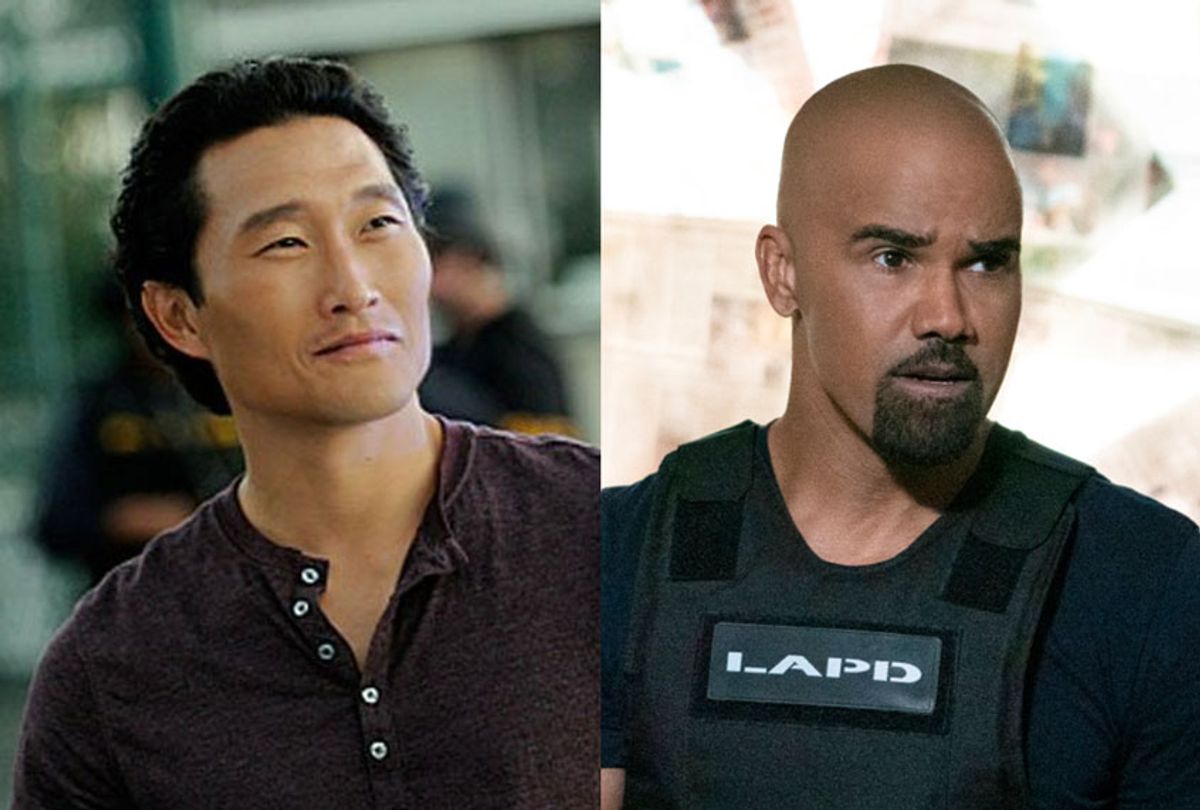 The flurry of Black Lives Matter statements from Hollywood studios, networks and media conglomerates has attracted criticism from people within and outside the industry pointing to the dismal track record many of these companies have with regard to honestly valuing inclusion. Audiences can see the lack of diversity in front of the camera for themselves, but it doesn't take much digging to discover an overall lack of people of color in decision-making positions behind the camera, whether on set or in executive offices.

Among the major networks CBS has long been perceived as a top offender in this regard. But on Monday morning the network publicly stated its commitment to changing that image.

According to the network's press release, CBS intends to allocate a minimum of 25% of its future script development budgets to projects created or co-created by Black people, Indigenous people and people of color, commencing with the 2021-2022 development season.

CBS also set a target for its writers' rooms to be staffed with a minimum of 40% BIPOC representation beginning with the 2021-2022 broadcast television season, and pledges to increase that number to 50% by 2022-2023.

In addition to setting such pledges for future seasons, the network also is committing to adding more BIPOC writers on select CBS series for the upcoming 2020-2021 broadcast season. As of which ones, the release didn't specify. Nor does the release make any promises that any of those near-future additions would be handed the showrunner's mantle, granting him or her the power to shape a series – and, for that matter, better career prospects down the road.

This is worth mentioning given the fact that at the moment, that very position is open on "Magnum P.I." and "MacGyver." All of these are relatively popular series on CBS whose showrunner and executive producer Peter Lenkov was fired last week following an investigation into claims that he created a toxic work environment for staff and the actors on his series.

Also worth noting is the fact that this commitment to inclusion is coming only a few months into George Cheeks' tenure as the new President and Chief Executive Officer for the CBS Entertainment Group.

Cheeks is a first Black man to hold this top executive position in CBS' history.

"While steady progress has been made in recent years both in front of and behind the camera, change needs to happen faster, especially with creators and leadership roles on the shows," Cheeks stated in the network's press release. "As a network with ambitions to be a unifier and an agent of change at this important time, these new initiatives will help accelerate efforts to broaden our storytelling and make CBS programming even more diverse and inclusive."

This is a first step on a long road for CBS, which was specifically called out by Color of Change executive director Rashad Robinson in its 2017 report Race in the Writers' Room: How Hollywood Whitewashes the Stories That Shape America. The study, written by UCLA dean of social sciences and professor of sociology and African American studies Darnell Hunt, examined 234 broadcast, cable and streaming scripted series from the 2016-17 season.

"CBS, once the champion of Norman Lear's record-breaking lineup of successful shows, including 'All in the Family', 'The Jeffersons' and 'Maude,' as well as the home of shows like 'M*A*S*H,' is now digging in its heels to defend writers' rooms that systematically exclude non-white people, and target white audiences with regressive 'white shows' in which people of color do not exist in a meaningful way," Robinson wrote.

Moreover, in explaining why practicing inclusion in the writers' room is necessary to make a positive impact on culture, Robinson pointed to CBS's programming mainstay.

"Crime procedurals greatly miseducate the public about both Black people and Black family and community life," he stated. " . . . We know this shapes both what people think about Black people in real life and the public policies and political rhetoric they do or do not support."

In addition to examining CBS' shows, the study also analyzes programming from AMC, Amazon, Hulu, Showtime and other networks. Among its findings were that, at the time of the report's release, Black writers comprised a mere 4.8 percent of the 3,817 of the writing staffs on these networks' shows. Two-thirds of the dramas and comedies examined had no black writers in their rooms. Among the writers room headed by a white showrunner, more than 69 percent hired no black writers at all.

Also at that time, the study found that more than 90% of showrunners were white -- and the needle hasn't moved very far from that number since then.

Making this pledge is an important move on CBS' part. Committing to that pledge and enacting measurable change is another story. However, during to the near quarter of a century that former CBS Corporation chairman and CEO Les Moonves spent shaping the network and its corporate culture, no such ambitious public goal setting in the arena of diversity and inclusion occurred.

And it showed. In 2016 the network contended with a damning report in the L.A. Times noting that year that among all the major networks, CBS managed to present the whitest fall schedule in prime-time television. Writer Greg Braxton pointed out that very few of the network's fall series featured a minority actor in a starring role, and at the time featured only three minority leads among all of the major broadcast networks, and was the only one that did not have a series built around a family of color.

Since then CBS conscientiously constructed series around leads of color such as Shemar Moore on "S.W.A.T.," Cedric the Entertainer on "The Neighborhood," Simone Missick on "All Rise," Mike Colter on "Evil," Folake Olowofoyeku on "Bob Hearts Abishola" and Jay Hernandez on its reboot of "Magnum P.I." At the same time, it also continued a pattern of placing actors of color in supporting positions to white leads, thereby relegating them to positions that paid less than their white counterparts and netted fewer if any rewards on the back-end.

The most public example of manifested in the 2017 departures of Daniel Dae Kim and Grace Park from "Hawaii Five-0" after being with the show for seven seasons because CBS refused to pay them the same salary as their white male co-stars Alex O'Loughlin and Scott Caan.

Of course, this preceded #MeToo and the necessary but long-delayed ouster of Moonves 2018, part of an overall housecleaning that also ended the tenures of "NCIS: New Orleans" showrunner Brad Kern and former CBS News executive Jeff Fager, each of whom had multiple allegations of sexual harassment and discrimination lodged against them.

Even after their resignations and dismissals it became obvious that the culture Moonves created left behind plenty of unexploded land mines. Moonves was known for hiring longtime allies, not an unusual practice among executives, but also rewarding their loyalty by protecting them, as was alleged to be the case with Kern and Fager, among others.

For example, questions about the overall whiteness at the network led directly to its casting choices, all of which were overseen by former head of casting Peter Golden.

Moonves hired Golden in 1996. He was fired after multiple allegations of harassment and not long after former executive Whitney Davis' first-person account published in Variety, in which she stated that Golden discouraged the casting of minority actors in CBS television shows. But Golden's reputation for making disparaging remarks about diverse casting has been a pain point for years among people who work or have worked at the network. The same is true of Lenkov. Indeed, Davis' column is a collection of tales of the racism and sexism she encountered in multiple departments at CBS and from multiple executives and co-workers, not all of whom were mentioned by name.

In other words, the scrub of Moonves' old guard to make way for the new is ongoing. But it appears to be accelerating following the merger of Viacom and CBS Corporation, completed at the end of last year. And Cheeks' recruitment from NBC Entertainment, where he spent a year as co-chairman between 2018 and 2019, may cautiously be seen as a sign that real change is in the works both in terms of what TV viewers see onscreen and in the writers' rooms, where stories and character images are created.

This is as important to meaningfully shifting our progressing conversation about race and inclusion as the political and social policies being discussed and acted upon elsewhere.

Major media corporations have been making statements about their commitment to inclusion for many, many years now with varying amounts of action. And while this move on CBS's part is in the earliest minute of early days, perhaps it's a sign that the most-watched broadcast network is ready to stop lagging behind in areas of racial and social equity and take the lead instead. It's worth keeping an eye on.