Whether it's checking out comets or filling free time, more people are flocking outside with telescopes than ever 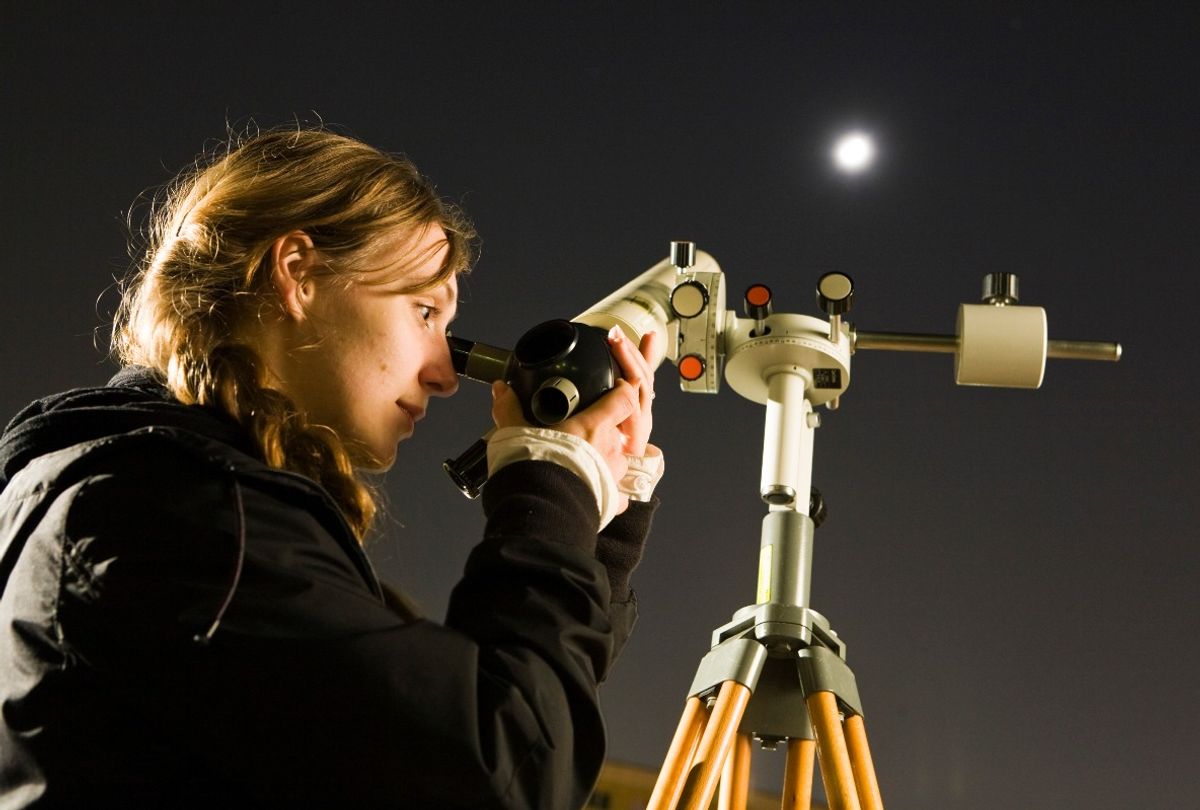 In early April, after nearly a month of being isolated in her cramped studio apartment, Kae Wood opened a package that changed the entire course of her summer. It was a Celestron 70mm portable telescope, a gift from her sci-fi loving dad who was concerned she would spend "quarantine just staring at screens."

Wood left the telescope in the box for a few days, but on a particularly temperature Memphis evening, she spent about an hour assembling it on her small strip of balcony while watching YouTube videos about how to focus the lens.

"I hadn't ever used a telescope before," Wood said. "So once I initially got the lens in focus, I was just blown away by how the stars look, like 'sparkle' doesn't begin to describe it. After that first night, I realized I wanted to take some time to actually figure out what I was looking at."

Wood started by locating some of what she calls the "big-name" constellations: Orion (and his belt), Ursa Major and Minor, Virgo, and Canis Major. As the novel coronavirus pandemic wore on, she would actually look forward to the point in the evening when the sky was beginning to darken enough that she could pull out her telescope and listen to music while making notes in her astronomy notebook.

Then she began taking short trips out of the city and away from the light pollution, finding empty fields and campsites where she could spend a few hours observing.

"It's an activity that I can do all by myself, but there are enough resources online that I don't feel totally alone in these weird times," she said.

Woods isn't the only person to turn to amateur astronomy and stargazing amid the pandemic. As the New York Times reported on Aug. 4, many outdoor retailers are reporting an increased demand — often resulting in backorders — for outdoor equipment as more and more Americans are adjusting to what life with social distancing requirements looks like.

Inflatable pools, bicycles, and camping gear were all hot summer items. But some are turning their attention to the what will soon be autumn skies. Downloads are up for apps like SkySafari, Starmap and Pocket Universe, some national parks and community groups are beginning to plan socially distanced star gazing outings. According to Brian Berg, the president of the Amateur Astronomers Association of New York, more people are interested in joining groups like his.

Berg said that while the quarantine lifestyle certainly has something to do with those increased inquiries, it's also been a really big year for astronomy and space-based discoveries.

In late March, Comet NEOWISE was discovered by astronomers during the NEOWISE mission of the Wide-field Infrared Survey Explorer space telescope. The comet is visible to the naked eye (though binoculars or a telescope will give stargazers a better view), but won't return to our skies for another 6,800 years.

"One of the things that we were able to tell is that [Comet NEOWISE] did not come from another part of the universe, which means that it's actually from our solar system, which means that it actually has the remnants of the beginning of our solar system in it," Berg said. "So I think different news outlets were reporting on these different parts of it and that really got people's antennas up."

He also points to coverage of  SpaceX's Falcon 9 launch and the organization's plan to put 25,000 satellites in orbit (and the subsequent news that Amazon also plans to put satellites into orbit), as well as the Mars 2020 rover mission by NASA's Mars Exploration Program that launched on July 30.

"Talk of Mars is finally realistic," Berg said. "Not, you know, like the comic books I read when I was a kid, but in the next decade or two, we'll be going to Mars. It sounds like science fiction, but that is real talk."

He thinks the coverage of these developments, plus the increased amount of free time at home, has perhaps encouraged people who had a passing interest in astronomy to investigate the topic more. That was the case for Stephen Dennison, a bar manager and beverage consultant based in Louisville, Ky.

"I've always been a little bit interested in astronomy, but at the end of the day, you know, who has the time?" Dennison said. "Especially for these types of subjects, I think a lot of us put it on the backburner because we are busy with our lifestyles, with work. Then all of the sudden, the world goes on hold, and you're like, 'Wait a minute. I have time.'"

Dennison said that the coverage of  SpaceX and Mars 2020 is what really kickstarted his desire to learn more. He's been spending time watching "How the Universe Works" and "NASA 360" on Hulu, and listening to Neil deGrasse Tyson's "Star Talk," all of which he describes as accessible resources.

"If you just think about it, two generations ago, we hadn't even been to the moon yet," he said. "Now we're exploring the outer rims of our own solar system, starting to look for Planet Nine and other planets. Not that I necessarily want to get off this rock, but it is that kind of sense of exploration that is fun to watch."

Dennison's comment about the potential appeal of leaving Earth someday is something that underlies Kae Wood's newfound interest in astronomy. She said that since the world around her as she knows it feels so bizarre, it's a nice reminder that in the scheme of the universe, our planet is just a tiny part.

She and her dad often talk about their mutual desire to look up through their telescopes and catch a glimpse of something otherworldly. "I mean, things on our planet are such garbage right now," Wood said. "If I looked up, saw an alien and they wanted to beam me up —  I wouldn't exactly say no."

But in the meantime, she said that she'll keep looking to the stars for comfort.