The new adaptation largely feels safer than its 1990 counterpart, but the ending prompts questions about mortality 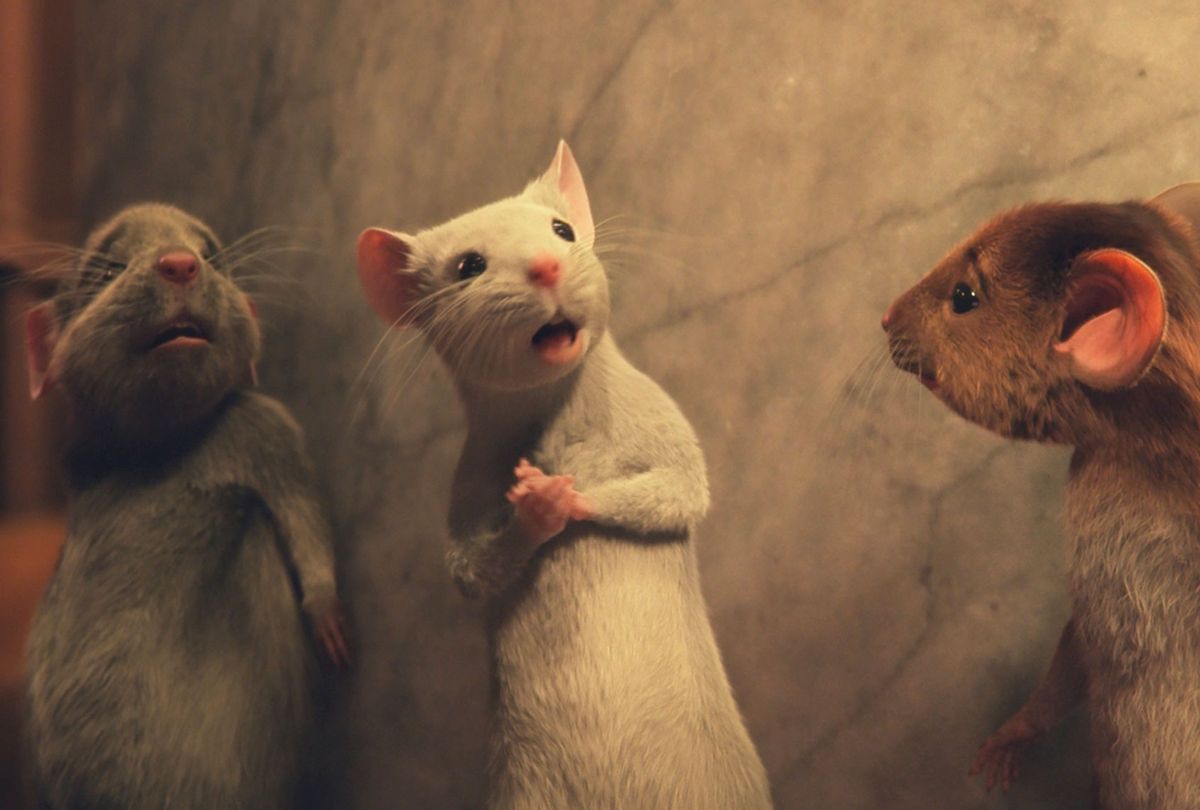 The following contains spoilers for the 2020 version of "The Witches," including its ending.

For much of the film, Robert Zemeckis' new adaptation of Roald Dahl's children's book "The Witches," now streaming on HBO Max, feels far safer than its 1990 predecessor.

In it, a young orphaned boy and his loving grandmother (Jahzir Bruno and Octavia Spencer here) end up at a resort at the same time that an international coven of witches are holding a convention. The witches want to see "every child in the world rubbed out, squashed," and they cook up a simple solution: turn all the earth's children into mice.

As you may have guessed, the boy — nameless in the original book, called Charlie in this version — is swept up in their scheme. He's turned into a mouse and is forced to fight back against the witches in his new, diminutive state.

Many of the more violent scenes in the original adaptation directed by Nicolas Roeg are now played for CGI-bolstered laughs, while Anne Hathaway's High Witch is decidedly more campy than Anjelica Houston's truly creepy turn in the role.

But then there's the ending (if you've not seen the film, and don't want the ending spoiled, here's your final warning to stop reading here).

While the 1990 rendition of "The Witches" has a classic, if predictable, "happy ending" — the boy is changed back into human by a good witch after thwarting the High Witch's schemes — in this version, Zemeckis opts to stay true to the final pages of Dahl's book where it's revealed that the boy is destined to live the rest of his life as a mouse.

This leads to a brief conversation with his grandmother that packs an emotional wallop, wherein he asks about a mouse's typical lifespan. His grandmother takes a moment to consider the question, then responds that since he is a "mouse-person" hybrid, he could live about nine years. The boy is thrilled. "That's great! It's the best news I've ever had!" he replies.

He doesn't want to outlive his grandmother, who is nearly 90 — he's already lost both his parents, if you recall — and given his reduced lifespan, the two could die around the same time.

It's an undeniably dark conclusion, but Dahl, who died in 1990, was always keenly aware that childhood isn't all everlasting gobstoppers and golden tickets — something that many adults seem to forget with time. That's one of the reasons that Dahl's books continue to incite controversy (that along with the author's racism, transphobia, and vocal antisemitism which, until recently, had largely been overlooked by the literary community).

For what it's worth, Dahl wasn't ultimately thrilled with the 1990 adaptation of his book. His widow, Felicity, told "The Telegraph" that after watching the ending, "Roald said: 'Take my name off this thing. You've missed the whole point of the book.' I'd never seen him so upset."

So, Zemeckis' adaptation is not only truer to the author's original intent and message, it also comes at a time where audiences have been primed — especially within the last decade or so — to appreciate child-friendly media that deals with the complex emotions associated with loss and death, like "Adventure Time," "Series of Unfortunate Events," and "Steven Universe" do.

This version of "The Witches" also feels undeniably more poignant than it might have had it debuted before the pandemic. Now, the associated loss of life is inescapable, even for children, and finding media that opens up the conversation of mortality — and not just in the context of a villainous character's demise — is perhaps more necessary now than ever.

Americans aren't great at discussing death. In her Washington Post essay about the Pixar film "Coco," writer Michelle Boorstein said that was one of the reasons the film appealed to her and her 8-year-old daughter.

"I have blurry ideas of what happens after death," she said. "That attribute makes me extremely common in a country where people are rapidly ditching institutional religion, with its paradigms, rules and stories, but remain mostly uncomfortable or unwilling to think deeply or talk with others about what they do believe and imagine, if anything, about the afterlife."

"The Witches" is honestly nowhere as near as nuanced as "Coco" was in its discussion of death — nor does it attempt any insight into what the afterlife will be like — but it does understand that darkness and death don't have to be taboo topics in family films.

After all, children's stories and fairy tales weren't always the upbeat sing-a-longs that dominate streaming services today — but, as Scott Meslow wrote for "The Atlantic" in 2012, Walt Disney "set the template for the contemporary concept of the fairy tale: a whimsical, animated story appropriate enough for the entire family."

Dahl's children's literature, in contrast, understandably feels subversive. In his book "The Twits," Mrs. Twit feeds her equally vindictive husband worms instead of spaghetti; "Matilda" features a double-whammy of disdainful parents and a cruel headmistress, Miss Trunchbull, who essentially hammer-throws students by their pigtails; while  "Charlie and the Chocolate Factory" is a parade of badly behaved children and jaw-dropping punishments.

Laid out back-to-back-to-back, the content seems harsh, but even beloved author Maurice Sendak once wrote, "In plain terms, a child is a complicated creature who can drive you crazy. There's a cruelty to childhood, there's an anger." Dahl recognized that to be true, and where many children's books build a world with an obvious good versus evil dichotomy, his stories inhabit a middle ground where moral ambiguity is on full display; he seems to trust that children will discern what (and who) is right and wrong for themselves. Similarly, through dealing with "adult" topics like mortality, Dahl offers his readers more emotional nuance than what the standard "happy ending" can provide.

"Without such fantasies, the child fails to get to know his monster better, nor is he given suggestions as to how he may gain mastery over it," Bettelheim wrote in the study. "As a result, the child remains helpless with his worst anxieties – much more so than if he had been told fairy tales which give these anxieties form and body and also show ways to overcome these monsters."

And this year is one that has been absolutely packed with anxiety — and we're kidding ourselves if we think children are immune or oblivious to it. Their lives have upended for reasons they may not totally be able to comprehend. But as Jerry Bubrick, PhD, a clinical psychologist at the Child Mind Institute, wrote in earlier this year, "The treatment for anxiety isn't to make the fear go away, it's to manage the fear and tolerate uncertainty."

Family films, even imperfect ones like "The Witches," that introduce topics that could cause anxiety — death being the most obvious — offer an essential opportunity to give fear a name and and address it. While Dahl's books and Zemeckis' adaptation may feel a touch too dark for some, consider that it's actually shining a light into the shadows.