"The Informer" star on the "aggressive nature" of filming in prison 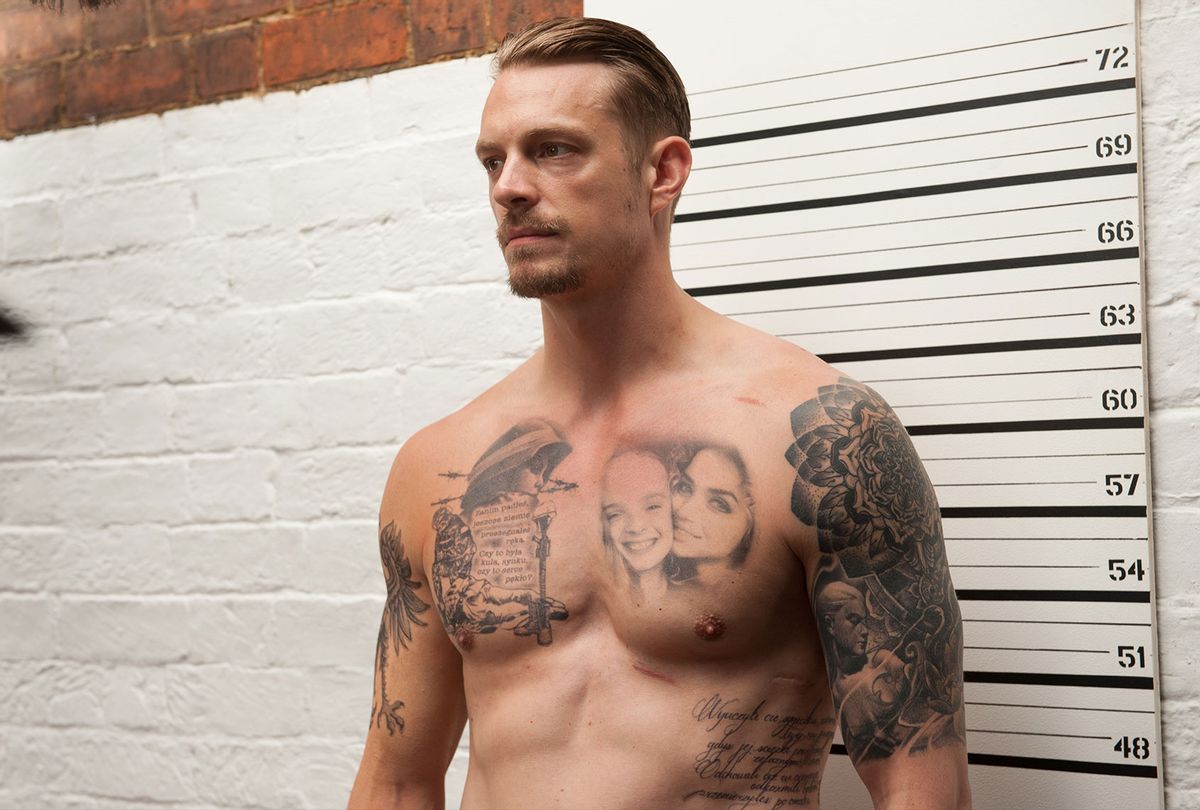 Circumstances — and Wilcox's boss, Montgomery (Clive Owen) — force Pete to go undercover in jail to get information to nail Klimek. And, of course, things don't go as planned behind bars either.

The Swedish-born actor, who may be best known for "The Killing," spends much of the film calculating how to handle the sticky situations Pete finds himself in. What can he reveal? Who can he trust? And at several pivotal moments in "The Informer," Pete has to resort to violence to save his own life. The performer is especially impressive during several do-or-die moments.

In a recent Zoom interview Kinnaman spoke with Salon about his decision-making process, prison movies, and playing "The Informer."

Pete tries to be in control at all times, but more often than not, he encounters situations beyond his control. What can you say about control both as the character and as an actor?

Control is an interesting thing when it comes to acting and art in general. The more you prepare the more you can let go of control in terms of performance. It's like how Robert DeNiro and Jodie Foster were always rehearsing making "Taxi Driver" so she knew it inside out and she got bored with it, that's when he went off book and improvised. In terms of performance —it's a key. The more prepared you are, the more rehearsed you are, you can really throw yourself into the moment and be present and let in some chaos.

Can you give an example from "The Informer"?

I think there are several, especially in the violent moments. [Laughs] When Pete was getting hung, there was some chaos in that and some things that weren't planned. One of my passions in life is Brazilian Jiu Jitsu, and in any Jiu Jitsu school every night, someone is going to get choked out. They try to escape, refuse to submit, and pass out. You become accustomed to that fine line of consciousness when your brain is not getting enough blood. In the scene where I am getting strangled, I could control the pressure myself to keep level, and there were times when I went out. But I could still play the scene in that state where you are almost losing consciousness, that's a little chaos. In terms of the character, of course he is trying to be in control, but it's his desperate fight to get back to family — that is the core of the film. He is trying to control a situation that is slipping out of his hands, and he is losing control of it and that makes him more and more desperate and willing to take risks.

"The Informer" belongs to the genre of prison movies. Do you have any favorites?

"A Prophet" is my favorite, and this Danish film "R," by Tobias Lindholm and Michael Noer. "A Prophet" came out a few weeks before "R," so it got buried, but the filmmakers had the reverse experience with "A Hijacking" coming out before "Captain Phillips."

I love both of those prison films! I'm curious what it's like to make a film in a penitentiary. Can you talk about the mindset of the character and even yourself in those scenes? Even though it's make-believe I can't imagine you don't feel something being in a prison.

I always wanted to make a prison film. A lot of men think about, "What it would be like to end up in prison if I made a mistake? How would I fare under those circumstances?" It's one of those nightmare scenarios. I wanted to explore that in a film. We shot this particular part of the film in London, in this real, abandoned prison. It had been closed for 10 years. I don't get affected and I don't think about places being haunted, but that place was haunted. There was a thick energy in there. Everyone was affected by it. We put all these people inside, and there is something with the group mentality. Even though they are extras, 100-200 rough-looking dudes together, they all bring out their aggressive nature. It's not the real thing, but you feel it. It's a scary thing to deal with.

What can you say about Pete's moral compass? He tries to do the right thing but has to make some difficult decisions. His end game is clear — he wants to get out, but the only way out is through. He keeps getting deeper rather than having it become easier. How did you recalibrate his mindset?

When you're in that situation, he has to double down on it. The stakes can't get higher. Either he's successful and he breaks out, or he dies. Or if he doesn't die, it's life in prison and it is very likely that he'll be killed by this organization. At first, he had backup and a plausible way out if people held their promises, but as things escalate, he descends into chaos. He has to put everything on the line. That's why the plan gets crazier and crazier.

"The Informer" has some rather violent scenes, one scene in particular made me a little squeamish. Can you describe performing those scenes and the fun or degree of difficulty in creating such visceral moments?

The fun comes from succeeding in making it realistic. But to make it realistic, you have to take a little bit of a beating to get it there. Fight scenes are a combination of technique and knowing what you are doing, and planning things very particularly, but then giving a performance as you get a beating. They are not real punches, because if you punch for real, it looks less violent than a fake punch in a good way. The falling down and rolling around and grabbing and pulling hair — those you have to do that for real as much as you can. It is more fun to see it when it's done than doing it. It's also a dance, and when you are working with great stunt performers, it is a creative process, especially in a life or death fight, there's a very particular psychology in that. If you have ever been in a fight or a car accident, you know how time warps in a situation like that, where 2-3 seconds feel like 25 minutes. There is so much brain activity and scenarios playing out at rapid pace and you try to capture are in that kind of time warp. It is a fun, creative challenge to give some reality.

Pete is very observant — both as an undercover agent and as a prisoner. He sizes up situations and responds smartly, especially when he's cornered. I like that you conveyed his intelligence in his blank expressions; he can't give himself away. Can you talk about that aspect of his character?

I think he's a smart guy, but he's has a lot of different competencies. He's originally a street guy, then he spent time in the military, and he spent several years in prison. He knows these environments and these characters. When he's making these plans on how to play these people, he's doing that from an educated place. But he might be a little too trusting — believing people will be good on their word. It's this breakdown in trust and realizing that he has to do it all by himself and that process becomes really dramatic.

With a few notable exceptions, ("Knight of Cups,") you have mainly worked in films that are action-oriented (e.g., the "Robocop" remake, "Altered Carbon," and "Hanna" on TV). Can you talk about the playing these kinds of roles, and how you avoid being typecast?

I just did two films, "The Secrets We Keep," which is a straight up drama, and I have "The Sound of Philadelphia" coming out in January. I've done more drama on TV. I come from the theater, and I started out doing stage work and independent drama. Over the course of my career here I found action, and fell in love with that, but I approach my work more as a theater actor and that's my education. I was trained in the National Swedish theater school for five years. I have tried to find a balance between doing action and drama, but the balance has tipped a bit on the action side.

"The Informer" is available in theaters and digitally beginning Friday, Nov. 6.