HBO's Swedish import "Beartown" is a chilling interrogation of the power we give young, athletic men 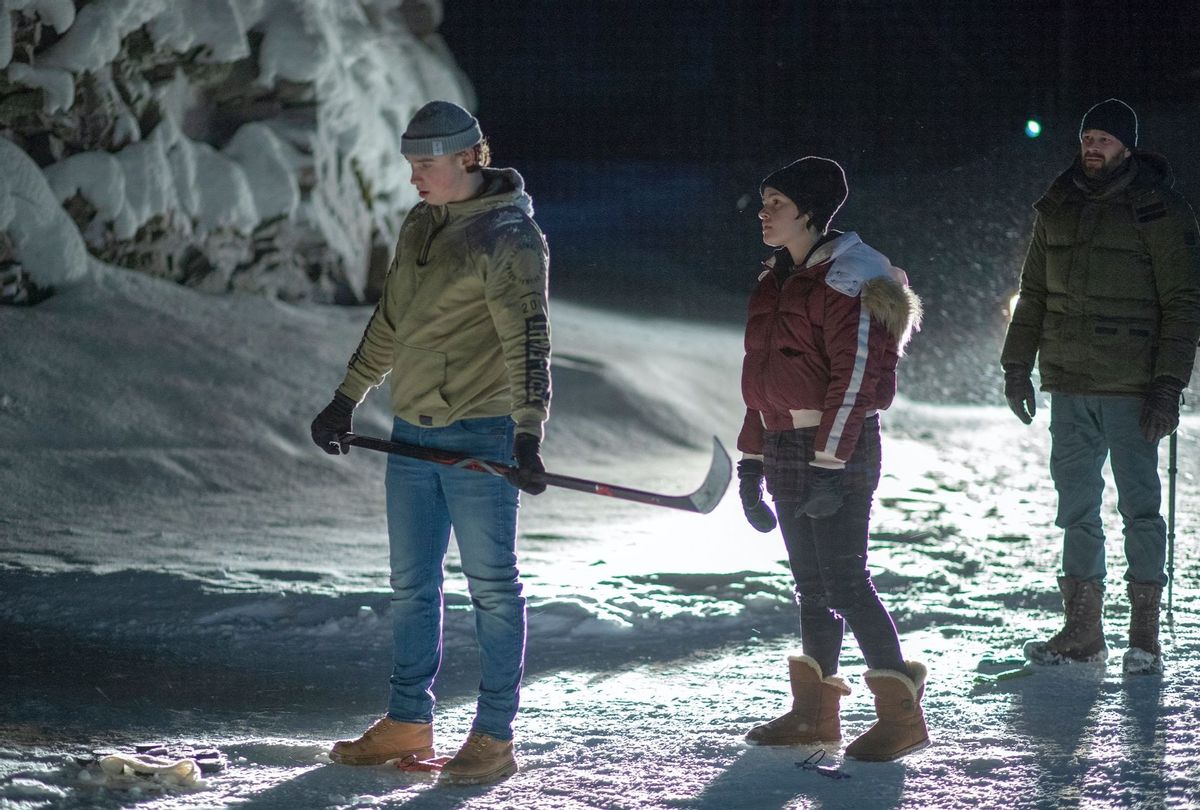 Beartown is dying. It's an industrial Swedish town where actual industry is on the decline and development has stalled or even reversed. Sometimes it feels as if the surrounding forest, thick with knobby spruce trees, is encroaching on the city, like nature has forgotten anyone lives there at all. But for Beartown (or Björnstad) residents, there remains a glimmer of hope for the town's future: its junior hockey league.

Peter immediately connects with Kevin Erdahl (Oliver Dufaker), a driven 17-year-old who spends all his free time on the ice, or preparing to be on the ice with endless, sweat-drenched cardio sessions on the stationary bike. He's a star player, talented enough that at some point over the decade he's played hockey, the team started to just build around him. He responds to Peter, who is a technically good coach to all the boys. Moody, sure, and too tolerant of locker room talk where claims and conquests in games bleeds into how they talk about girls, but he treats them like adults, which they like (and which causes more overbearing parents to bristle).

The entire team improves — which we observe in a series of tight montages of blades on ice, pucks hitting the net and boys' bodies slamming into the walls of the rink — and their chance at winning a series of key semifinal games are in reach. The town clings to news of their success, viewing it as an allegory for the town's future. If the hockey team succeeds, national money will get poured into the local sports complex. If the local sports complex improves, commerce may follow, and Beartown could see some kind of resurrection.

Much like the Fredrik Backman novel on which it is based, the front quarter of "Beartown" is a story, like that of so many sports films, of a struggling team made new by a coach burdened by some mysterious weight from his past. Then it all comes crashing down.

At an out-of-control party, Kevin sexually assaults Peter's daughter, Maya, who initially doesn't want to report the crime because she's aware of both the position it will put her father in, as well as the fact that the entire town is completely united behind her rapist, cheering for his success. Once she reports it, however, she's immediately revictimized as the town splits between those who believe her story and those who believe Kevin's claims that while "maybe it wasn't all that soft and gentle, she wanted it like that."

Director Peter Grönlund amplifies the conflict through depictions of the stark and desolate landscape. The bleakness of "Beartown," a common motif in Nordic noir, peels back any distraction and centers the effects of the two competing narratives, while simultaneously giving space for Ingrid's complex performance as a sexual assault survivor. Over the course of five quickly paced episodes, she begins to embody a girl who's haunted by trauma, who feels as isolated as the town in which she's living. It's a stark contrast to the enthusiastic girl she was at the beginning of the series, someone who is bubbling with crushes and just coming into herself.

In many ways, "Beartown" is reminiscent of shows like "Unbelievable" and " "I May Destroy You," which both illuminate the fallout of rape. But while watching "Beartown," I couldn't help but think of "Friday Night Lights." That show is set in the fictional working class town of Dillon, Texas, a place where football is king.

Both are stories of places where the social fabric of the town and its residents' identities are intrinsically tied to the rise and fall of their respective high school sports teams. Weekly games are almost akin to religious services, which may seem backwards to people who didn't grow up in towns like that, but often people are at their most human — and the good and bad that entails — when there are wins and losses on the line.

"Hockey is just a silly little game," Backman wrote in his novel. "We burn and bleed and cry, fully aware that the most the sport can give us, in the very best scenario, is incomprehensibly meager and worthless: just a few isolated moments of transcendence."

But, as in "Friday Night Lights," Beartown residents deify those transcendent moments — like when the players manage to move the puck the entire length of the rink with a kind of breathless ease, with only seconds remaining on the clock, and as a result — Kevin becomes a kind of god. What would it mean for them, and for the town, if he's actually a monster?

At their core, many stories of sexual assault are also stories about abuses of power. This can mean the kind of wild, institutional power that men like Jeffrey Epstein and Harvey Weinstein wield (or wielded) in their respective fields, but "Beartown" unflinchingly interrogates the kind of power we, as a society, consistently extend to young, athletic men. Just think of rapist and former Stanford swimmer Brock Turner. It also contemplates what redemption and restitution can look like — and to whom it should be extended.

"Beartown" has its shortcomings. Some of the less central members on the team and residents come across as flat, and as such, there are several characters whose loyalties vacillate and it's unclear exactly what emotion or motivation is underpinning the shift. However, the main cast members are smartly written and deliver powerful, intimate performances that fully communicate the story's complexity.

The series' creators stripped "Beartown" of the melodrama that's often inherent to stories centered on teenagers, and of the salaciousness that lesser series lean on when writing about sex crimes. In its place, they revealed a narrative that's chilling in its survey of how we can lose what makes of human in the pursuit of a win.