Salon spoke to Robin Thede about the new season, predicting quarantine & why you should rewatch Season 1 closely 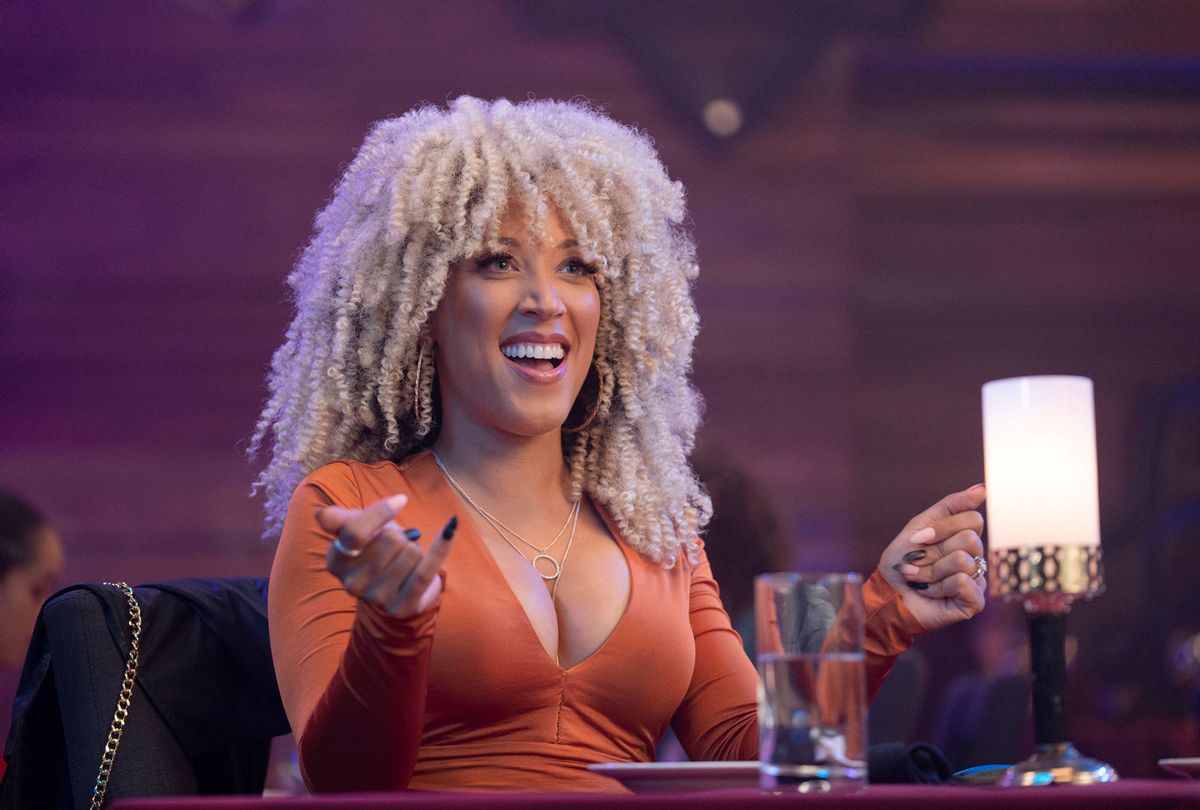 Robin Thede is not a soothsayer, although watching "A Black Lady Sketch Show" might raise a few suspicions. Think about it — way back in 2019, Thede and her co-stars Quinta Brunson, Gabrielle Dennis and Ashley Nicole Black framed all of their skits around an apocalypse. Throughout the season the show checked in on the foursome, who gathered at Robin's place to drink and bust jokes about each other while outside the front door, the world burned.

"I just thought when Trump was in office, he was going to get us killed some way. And I wasn't wrong," Thede told Salon in a recent interview. What she didn't expect was how close to home those scenes of four women quarantined inside a bubble would hit in 2020 and well beyond. "Sadly, we kind of predicted this," she said, adding, "I'm smiling, but I'm not happy about that."

On the bright side, this also means insanely outsize figures like Dr. Hadassah Olayinka Ali-Youngman, Pre-PhD, suddenly look a lot more familiar. Dr. Hadassah, in case you aren't familiar or don't remember, is a fire and brimstone, dashiki-clad "hertep," a conspiracy-spouting nutcase who doesn't believe women should leave the house or be literate. In 2019 the character seemed absolutely unreal. And now?

"I started thinking, 'Oh, I need to make this even more ridiculous because the internet is full of the things that she says, and people take them so seriously,'" Thede admitted. "So yeah, I've had to push her a little bit more, for sure."

Unsettling coincidences notwithstanding, Thede has a lot to be proud of as the second season premieres.

Last year "A Black Lady Sketch Show" was nominated for an Emmy and won a Television Critics Association award. Thede has since locked down an overall deal with Warner Bros. TV and has a few feature films, including one titled "Fashionably Black" and a freshly announced zombie action-comedy called "Killing It."  She warns that we're "about to be sick of all the announcements that are coming out about all the things I have going on."

All of which is to say that while most of languished under the weight of pandemic and its accompanying ills — racial and social injustice, widening wealth disparity and a right-wing insurrection, to name a few of them — Thede's output has multiplied.

She also grew more resolute and purposeful about how she wants "A Black Lady Sketch Show" to serve its audience.

"This last year has been really soul-crushing for many of us," she said. "I know that's such a heavy thing to say when I'm promoting a sketch show. But at the end of the day, this work is greater than us. And because we're the only group of Black women doing this, in the history of sketch and currently on television, I think it's really critical that we're able to bring some joy."

Nothing in life is guaranteed. The past year slammed that lesson home for 99.9% of the world, as if we weren't already aware of that cold fact. Thede certainly is. Within the last five years she's made history and lived to see opportunities come and suddenly vanish.

On "The Nightly Show with Larry Wilmore," she made history as the first Black female head writer in late-night television. When that was abruptly cancelled in 2016, she moved on to host her own late-night variety program on BET, "The Rundown." That lasted for about a year.

Then, at the suggestion of Issa Rae, who co-produces "A Black Lady Sketch Show," she brought the show's concept to HBO, and the network purchased it at the table. Almost immediately its six-episode first season became a crossover success on par with Rae's "Insecure."

So it's safe to say that momentum was rolling when Season 2 of "A Black Lady Sketch Show" was ready to shoot in February 2020, only to be halted when a version of the show's reality became our own.

That's one of the reason why you're not going to see any direct references to the pandemic besides a specific continuation of a few first season themes. (Sadly we won't see Brunson either; she had to step away due to production conflicts.)

But we do get to enjoy the return of a few fan favorites like Hadassah and the slack-jawed romantic idiot Chris, a man who can never give a straight answer to the simplest questions or for that matter, entirely close his mouth.

People who watch "A Black Lady Sketch Show" already have a sense of its brainy humor but may not realize how nerdy and serialized the show actually is. I'm not just talking about the end-of-the-world interstitials, either.

Go back and rewatch the first season before diving in the new episodes, and look closely at what's going on in each sketch. Train your eyes to notice the small details, and you may come away from these episodes with an entirely new level of appreciation for what Thede and her writers are accomplishing here.

While I'm dying to give specific examples, HBO sent reviewers a list of "do not reveals" — not typical for a sketch variety show.

However, the new season's list of guest stars is not only impressive but used well, and includes Jesse Williams, Gabrielle Union, Omarion, Kim Wayans, Ayesha Curry and "Lovecraft Country" star Wunmi Mosaku, among others.

"A Black Lady Sketch Show" always asks much more of its ensemble cast, joined in the new season by Laci Mosley and Skye Townsend who are immediately put to work matching Thede's prolific costume changes and transformations.

"Bringing together this community of women, some who I knew and some who didn't, has just created this second family for so many of us," Thede said.  "I think that was absolutely necessary because we had to shoot during a global pandemic. Without that kind of bond, I don't know how you get through a show like this."

She's talking about the pressures of production, understand. Watching "A Black Lady Sketch Show" is entirely easy to sail through. Depending on who you are, the humor takes on various meanings. Thede always meant for the skits to be universally relatable, which is why the show succeeds.

But as is the case with everything she does, its portrayals are part of a strategy of expanding opportunities. She wants to show Black women in as much variety as possible in a very condensed amount of time.

"I don't think you can expand your horizon of what Black women can do, unless you see us doing all these ridiculous things and believing, 'Wow, they can do that," she said.

Thede points out that this is especially important in the sketch community, which skews white and male. Imagining the "yeah, but" response to this she rattles off the exceptions to the rule: "Key and Peele," "Chappelle's Show," "In Living Color. "

"Those have been spread out over the last three decades, you know? And you get a new white male sketch show every year," she said, "Every year!  That's no shade to them. I'm just saying like, there's no limits on what they're allowed to play. And so in our world, we just want that to continue to be limitless for us as well."

In this way Thede is doing what she can to make people feel seen. "We really strive to ground our characters in something that is very real to Black womanhood, whatever that is," she explained "And Black womanhood doesn't necessarily mean the same thing for everyone, right? Because that includes all of our sisters: trans, straight, gay, whatever the clan of Black womanhood is, is meant to be celebrated on this show. We can't represent every Black woman, but we want to every season to represent more and more."

That the joy increases along with the variety is only natural . . . and expected.