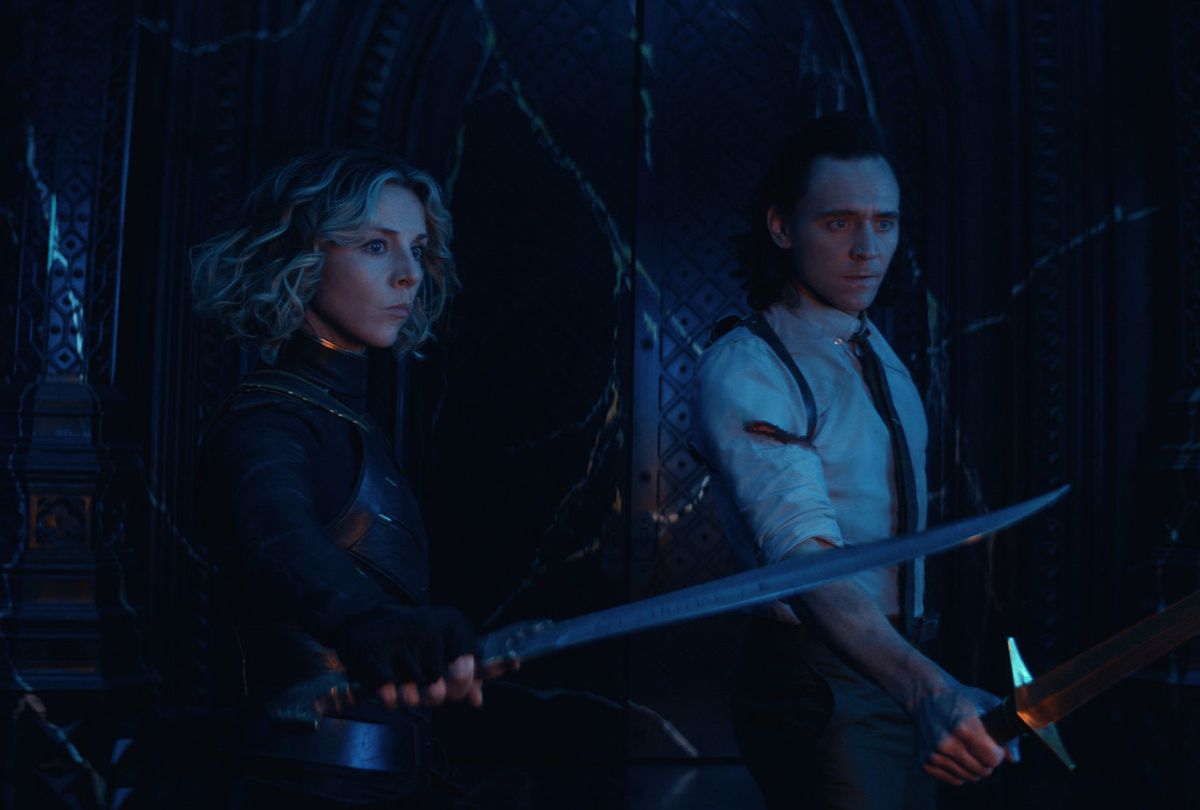 The following contains spoilers from the Season 1 finale of "Loki." If you haven't watched yet, wait until you do or seek out an alternate timeline.

Glorious purpose. Everyone contains some potential to pursue it. Few desire to do so and fewer find it, but some combination of subsets comprises people to support a multibillion dollar industry devoted to self-actualization.

"Loki," at long last, establishes its own glorious purpose in its season finale "For All Time. Always." It has several as it turns out, with the loftiest being its role as marking the ending of one phase and the dawn of multiple beginnings. As for how many, who can say?

One of them was announced in the credits with the confirmation that the story would continue for another season, the first Marvel Cinematic Universe show officially established as a series as opposed to a one-off narrative link between films.

Oh, but it serves that purpose, too. The hint is in upcoming MCU theatrical titles. It wouldn't make much sense for "Loki" to introduce the concept of fractured timelines and multiverses without connecting it to 2022's "Doctor Strange in the Multiverse of Madness." The 2023 release "Ant Man and the Wasp: Quantumania" features Jonathan Majors as Kang the Conqueror, a villain familiar to Marvel comic book fans.

Guess who showed up at the Citadel at the End of Time, the place Sylvie and Loki battled their way past the omnivorous tempest guarding it?

To those whose main base of knowledge about the multiverse comes from watching the MCU's films, "WandaVision" and "Loki" at this point only know Majors as He Who Remains, a being who harnessed great power at some point and ceased being entirely mortal, although he can be killed.

Exhausted and very much out of his mind, He Who Remains presents Loki and the female version of himself, Sylvie (Sophia DiMartino) with a choice. They can depose him and take over the Time Variance Authority as benevolent keepers of order, or they can kill him and deal with the consequences.

"You came to kill the devil right?" He Who Remains says. "Well guess what?  I keep you safe. And if you think I'm evil, just wait until you meet my variants . . . You may hate the dictator, but something far worse is going to fill that void if you depose him. "

I'd say what ends up happening is a spoiler, except those titles were announced a long time ago, weren't they? Even the decisive moment itself isn't entirely shocking, given Loki's deliberate if swift moral transformation.

Loki Laufeyson began this adventure intending to seize the TVA throne for himself, but his friendships with Mobius (Owen Wilson) and burgeoning connection with Sylvie change him.

Sylvie, on the other hand, found her glorious purpose long ago. She has always known herself. And while that doesn't preclude her heart from softening, she remains locked onto her belief that she is the creation of a universe yearning to break free. Thus, she kisses Loki, opens a doorway and pushes him through, sending him back to TVA. Then she turns around and with little in the way of a pause, drives her blade through the heart of He Who Remains, But Not For Much Longer.

Among the three existing MCU TV shows, "For All Time. Always." revolves around the simplest of plots solidly held together by Majors' performance. The above recap of the action truly is that simple  – Loki and Sylvie arrive, are greeted by Majors' grand question mark of a man who presents them with a choice.

Wilson's Mobius arrives at a TVA already thrown off balance by the spreading knowledge that everything its agents take as canon, namely the idea that the TVA created them, is a lie. Gugu Mbatha-Raw's Ravonna Renslayer decides she's too far inside of that lie's rabbit hole to abandon it entirely.

By the time Loki gets back to them it doesn't matter, because the TVA to which he returns isn't the one he left. Mobius doesn't know who he is because it's not the same Mobius, and the statues are not of the faceless, lizard-like beings once thought to be the Timekeepers, but of Kang.

Thus, "Loki" reminds us of its real-world purpose as a revenue generating gear in the MCU's multibillion dollar machinery. The finale sets up the series and Hiddleston's popular character at a game-changing fork in the road, a nexus event that links the next phase in the larger Avengers universe storyline and its aspirations to establish of foothold in the TV realm.

This explains why the opening hours of this six episode season devoted to his character felt much more like a regular TV series than a multipart experiment with the medium, a la " WandaVision" or a buddy-cop action flick disguised as a show, which is what "The Falcon and the Winter Soldier" tried to be.

In announcing its second season "Loki" becomes a tentpole series for the Marvel side of the Disney behemoth, likely the first of many TV spinoffs in the vein of what the company plans for the "Star Wars" universe. That it mimics any number of established shows (giving off a "Doctor Who" vibe above all) isn't merely excusable, it's intentional.

And that's probably why this season ender solidly stuck the landing where the sign-offs for "WandaVision" and "The Falcon and the Winter Soldier" faltered. Those series knew what they wanted to accomplish at their respective outsets, but could not match that overall intent with endings that were previously determined for them. But it certainly seems as if "Loki" received the benefit of additional free will, unfettered by any philosophical or metaphorical subtext to tease. Maybe it had that; whatever that was, the jury's still out.

But the show nailed its job of fleshing out new characters, introducing Majors with a flourish that can only be described as Biblical. (I mean, the man was munching on an apple in the face of two Lokis with blades on him.) People who haven't seen "Lovecraft Country" have no reason to wonder why this man is up for best actor Emmy – he commands every second of the scenes he's in.

Establishing the backstory of the Man with a Thousand names, and this particular variant's role in harnessing order from chaos, takes up most of the finale. For all of his monologuing though, Majors never ceases to be riveting, mainly due to his portrayal of a man who has lived for too many lifetimes, ping-ponging back and forth between craziness and sanity for millennia. To believably wrangle that level of instability into a performance you can't look away from takes a type of skill few actors have.

And Majors keeps us guessing as to his moral alignment until the second He Who Remains slumps over lifeless, leaving the typically resolute Sylvie in a state that looks a lot like doubt.

Plenty of TV shows have spun multiple seasons out of power vacuums left by absent or derelict gods; "Supernatural," "Lucifer" and "Lost" come to mind most easily. That "Loki" writes itself into this field speaks to its knowledge of the audience – we don't mind shows that replicate the premises of other as long as they do it well. "Loki" fulfills that aim while promising that Loki himself won't be held to one realm or another. Hiddleston's trickster is nimble enough to occupy multiple corners of the entertainment universe, the face of a larger behemoth making a play to take over both worlds.

Is that a good thing? Who can say . . . but we have a few movies and at least another season to figure that out.

All episodes of "Loki" are streaming on Disney +.