An "Army of the Dead" heist prequel & the return of "You": Here’s what’s new on Netflix in October 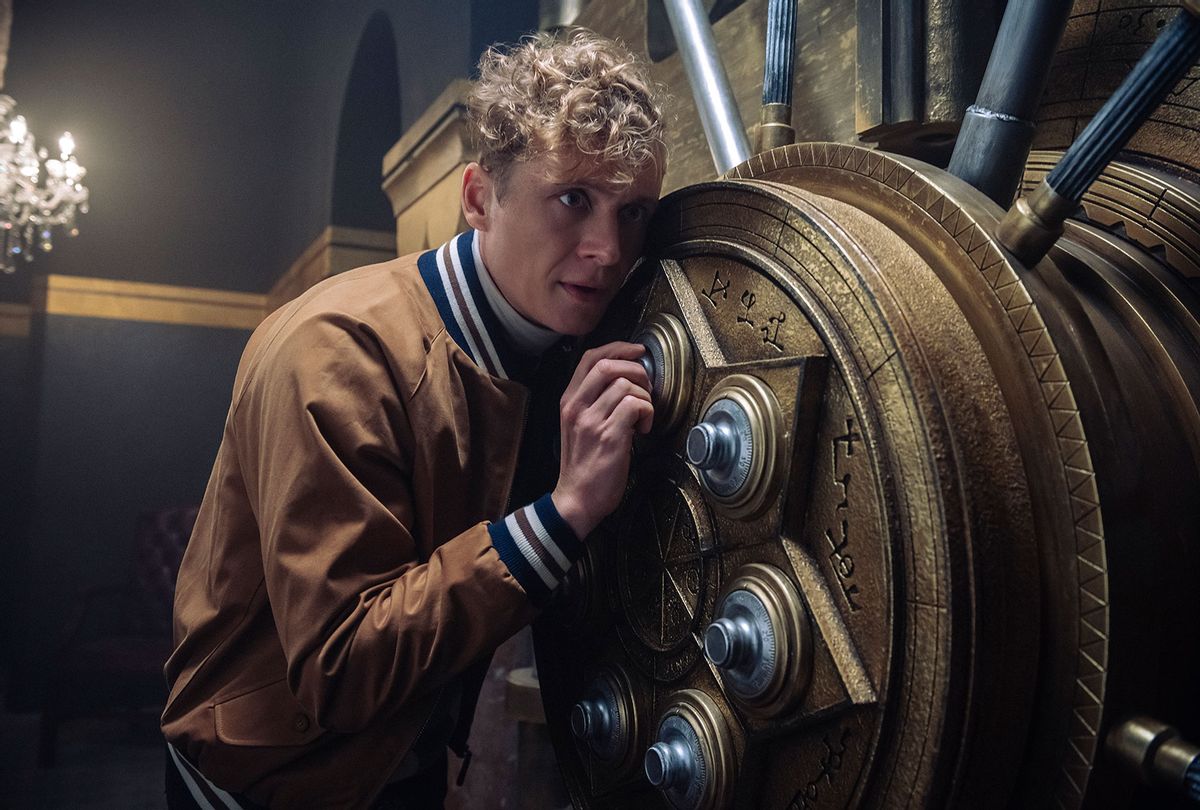 October is the perfect time to curl up with a pumpkin spice latte and scary movie, and Netflix's catalog of new titles this month delivers plenty of content to choose from.

Of course, before you move on to enjoy the thrilling new shows and movies, including many Netflix originals coming soon to the platform, don't forget to say good-bye to the titles that will be leaving this month, too. Catch the dream within a dream within a dream that is 2010's "Inception," or "Legally Blonde," the classic, hot pink comedy that made Reese Witherspoon a household name, as both movies leave Netflix on Halloween.

As for followers of Dan Brown's unadulterated trash, two movies based off his books, "Angels & Demons" and the "Da Vinci Code," will both be departing on Oct. 31 as well, so indulge yourself with those ho-hum mysteries if you want to turn off your brain.

As for what's coming to Netflix, after a nearly two-year hiatus, "You" is back in its third season with more bloody hijinks than ever, while the Halloween thriller "Night Thieves" is the perfect centerpiece for a mid-autumn spooky movie night. Whether you live for Halloween or are just trying to binge your way through to the holiday season, Netflix has got you covered.

Here are highlights of what's coming:

Few figures in modern history are as universally beloved as Princess Diana, the people's princess whose story is oft told and retold — this time in musical form with "Diana: the Musical." This latest version of the classic story was filmed in advance of its Broadway opening.

Infrequent bather Jake Gyllenhaal stars in this latest cop thriller about a police detective turned 911 phone operator, thrown into what at first seems to be a quest to save a distressed caller, but turns into so much more.

According to Salon's review, the movie itself has its problems, but Gyllenhaal makes the effort of watching worthwhile:

Viewers are supposed to side with Joe, who strongly believes he is doing the "right thing" at all times. But he is not a particularly likeable character. He shouts at everyone he talks at (not to) and demands that they do what he wants, regardless of protocol. He is the quintessential "entitled" white male police officer dictating that he is "doing his job" — even when he is not doing what he is supposed to. Joe's flawed character is also what makes "The Guilty" so interesting.

Based off the memoir "Maid: Hard Work, Low Pay, and a Mother's Will to Survive" by Stephanie Land, this new series tells the story of a single mother named Alex who relies on housekeeping to make ends meet after escaping an abusive relationship as she tries to give her young daughter Maddy a better life. Emotional yet humorous, "Maid" is the story of a single mother's strength, resilience and love for her daughter.

"There's Someone Inside Your House," Oct. 6

Speaking of perfect Halloween night thrillers, "There's Someone Inside Your House" is an instant classic, following Makani Young as she moves from her small town in Nebraska to Hawaii, where her classmates are being stalked by a killer set on exposing their darkest secrets. The killer terrorizes Makani's classmates all while wearing life-like masks of their own faces. Creepy much?? "There's Someone Inside Your House" is based on the Stephanie Perkins novel of the same name, with Patrick Brice, director of "Creep," directing.

A much-needed palate cleanser for audiences of all ages, "The Baby-Sitters Club" returns for its second season. Based on the best-selling and still-beloved Ann M. Martin book series of the same name, this modern adaptation follows best friends Kristy Thomas, Mary-Anne Spier, Claudia Kishi, Stacey McGill, and Dawn Schafer as they navigate the ups and downs of middle school, and grow their burgeoning baby-sitting business along the way.

Following the massive success of death competition thriller "Squid Game," "My Name" is another action-packed Korean thriller series, telling the story of a revenge-thirsty woman who joins forces with a powerful crime boss, entering the police force undercover to do his bidding.

Penn Badgley and Victoria Pedretti are back as Joe and Love, two ferocious killers who have finally shown each other who they really are. Since running away from their shared crime scene in Los Angeles at the end of Season 2, the couple have since married and are now raising a son in Northern California's Madre Linda, surrounded by tech entrepreneurs, social media influencers, and judgmental mommy bloggers. What could go wrong?

Be careful who you pick up off the side of the road: In this perfect Halloween night thriller, a college student chauffeur picks up two mysterious women who are presumably party-hopping across Los Angeles. He soon discovers their horrifying, bloodthirsty intentions, and is launched into a fight for his life.

Look, we are always down to hate-consuming Goop content. After "The Goop Lab," the latest Netflix original series follows couples' journeys toward more pleasurable sex and deeper intimacy — all with the guidance of Gwyneth Paltrow and a team of experts. Will vagina candles be part of this?

Join Saweetie and a cast of sex-positive puppets (who we'd sure turn to for sex ed) in what Netflix is calling its "funniest, filthiest and furriest" new comedy special yet. Saweetie will also be joined by a panel of sex experts to give us the facts.

A prequel to Zack Snyder's zombie heist flick "Army of the Dead," "Army of Thieves" follows a mysterious woman (Nathalie Emmanuel) who convinces a bank teller (the scene-stealing Dieter before his demise, played by Matthias Schweighöfer) to join her in a shocking heist across Europe.

From Colin Kaepernick and Ava DuVernay, this drama series tells the story of Kaepernick's early years in high school, and the coming-of-age that made him the activist he is today.

Here's the full list of everything coming to Netflix this month.

Oct. 6
"Bad Sport"
"Baking Impossible"
"The Blacklist" Season 8
"Ella Fitzgerald: Just One of Those Things"
"The Five Juanas"
"Love Is Blind: Brazil"
"There's Someone Inside Your House"

Oct. 12
"Bright: Samurai Soul"
"Convergence: Courage in a Crisis"
"Making Malinche: A Documentary by Nacho Cano"
"Mighty Express" Season 5
"The Movies That Made Us" Season 3"
"Rita Moreno: Just a Girl Who Decided to Go For It"
"Smart People"

Oct. 24
"We Steal Secrets: The Story of WikiLeaks"