Bet your bottom dollar that NBC's "Annie Live!" will usher in a new inclusive era for an old classic

Maybe far away, or maybe real near by, some non-white girl has dreamt of a role she could never get. No more 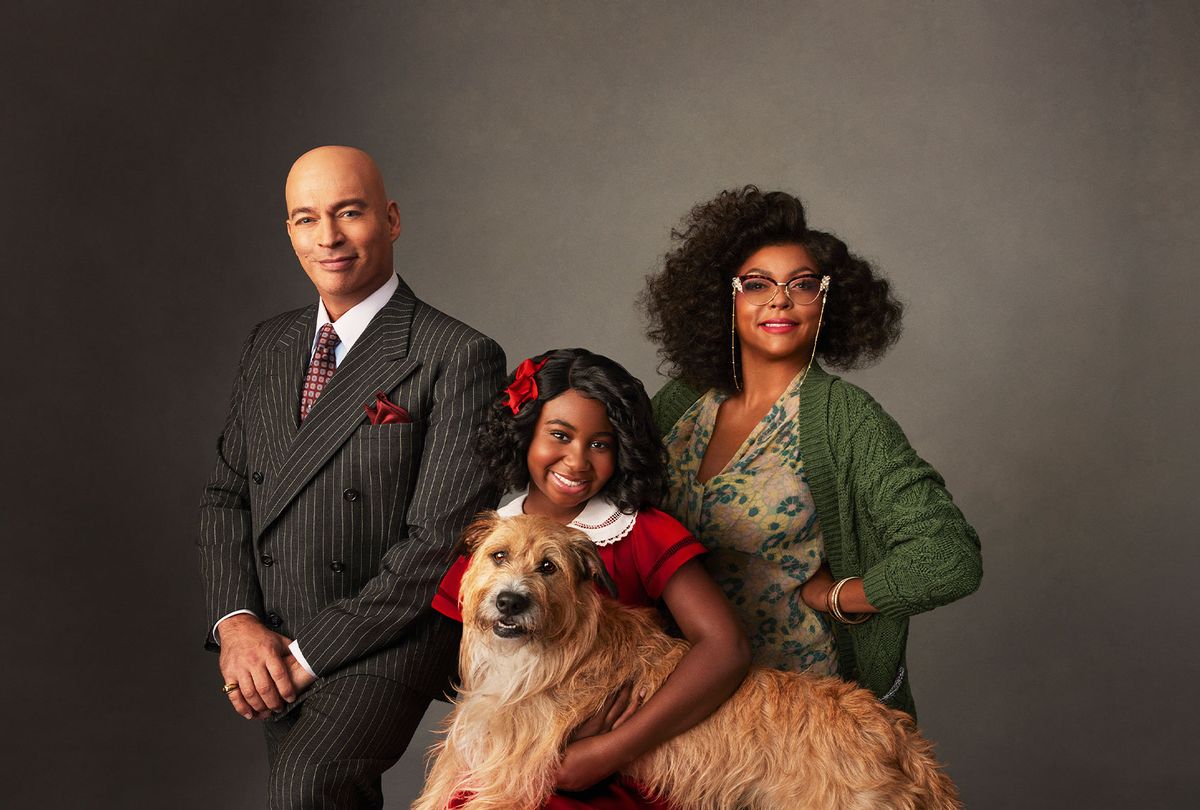 Traditionally, and for better or worse, this time of year reinvigorates our devotion to, um, tradition. Much of this is as benign as a cookie recipe that you only dig out in December. Even that presumes a shared sentimentality, like the annual broadcasts of classic animated specials and movies like "It's a Wonderful Life."

Enter "Annie Live!" NBC's first live musical broadcast since 2018's "Jesus Christ Superstar Live in Concert," starring John Legend as Mr. Christ. Out of all the productions executive producers Robert Greenblatt and Neil Meron could have chosen to return Broadway to primetime, "Annie" may be the safest.

Family-friendly and kid-centered, "Annie" hooks into an inter-generational nostalgia and enjoyed hundreds of productions in community theaters and schools across the country each year prior to the pandemic.

Related: What a friend we have in Black Jesus: "Jesus Christ Superstar Live"

Its rags-to-riches plot about an adorable, eternally optimistic orphan who melts the frozen heart of a billionaire while outwitting her orphanage's scheming, resentful matron marries the Cinderella tale with the ethos of American striving. The showstopper "It's the Hard Knock Life" has bounded through commercials, sitcoms and was sampled in a hit by Jay-Z.

There's a chance this live production will draw viewers inspired to reconnect to musical theater in the wake of Stephen Sondheim's death, although "Annie" is decidedly not a Sondheim work.

Melodically and lyrically, Charles Strouse composed its bouncy score to be a catchy and universally appealing. Thanks to the 1982 film's soundtrack a healthy slice of Generation X memorized Martin Charnin's lyrics for "Tomorrow" and "Maybe."

And while the story is set during the Great Depression, the fantasy it spins is timeless. The only risk one could possibly perceive in NBC's production would be in the casting of Celina Smith as Annie – and based on her press appearances and snippets of her singing voice that's not a risk at all.

Scratch that: It's not a risk to anyone who doesn't have a death clutch on "tradition."

At 12 years old, Smith is the second Black actor to play Annie, and the first to win the role in a nationwide casting search. That's significant, because for many years the same circumstances always culminated in a white lead.

The New York Times' coverage of "Annie"'s 1977 Broadway debut lamely explains why that is. After the writer effuses that the cast looks like "a cross‐section of the white ethnic population living in New York City in 1933, the year the show takes place," she quotes the production's director Martin Charnin.

"The kids had to be super real, not show business types," he says. "The kids who turned us off were precocious kids, super professional kids. The reason these girls got the job is they still have some peach fuzz — they were not totally polished actors."

Then came this paragraph.

There are no black girls in the group, he said, "because we did our research, and found that black children were totally segregated in those days, and not allowed in the same orphanages with whites."

Uh huh. Because musicals are truly known for their absolute fealty to historic accuracy. (For his part, Strouse told Vanity Fair in 2014 that he always envisioned that Annie would be played by a Black girl.)

Another obvious if not specified truth is that in the various high-profile productions mounted over the years, the relatively or completely unknown leads were surrounded by famous stars who often outshone them. That's why most people remember Carol Burnett's raucous portrayal of Miss Hannigan from the 1982 movie as opposed to most of what Aileen Quinn brought to Annie. In 1999 Kathy Bates took on the role for a made-for-TV movie that aired on ABC and drew an audience of more than 26 million.

This time the fabulous Taraji P. Henson gets ham up Miss Hannigan's solo "Little Girls," and Harry Connick Jr. plays the emotionally closed-off billionaire Oliver "Daddy" Warbucks. Nicole Scherzinger portrays Grace Farrell, Daddy Warbucks' personal secretary and Annie's eventual adoptive mom. Tituss Burgess and Megan Hilty round out the cast. Will they steal the scenes they're in? Probably. All of these parts are made to chew scenery.

Nevertheless, Smith is a talent to watch for the same reason Oscar-nominated Quvenzhané Wallis generated excitement when she was cast as "Annie" in a 2014 movie.

That version plucked the story out of Herbert Hoover's time and plopped it into the Obama years. It was also a flop, but for reasons unrelated to Wallis' performance – mainly because it changed a few too many things. Daddy Warbucks, for one.

He's an iconic character with a name that only makes sense in a musical or the 1920s comic strip it was based on. Director and screenwriter Will Gluck's decision to rename him Will Stacks probably didn't endear the movie to purists, even ones who didn't have a problem with Wallis' casting.

Predictably some people did. "'Annie' Is Black and Racists Go F*cking Crazy" screamed a headline on The Daily Kos. The Guardian was more conservative: "Annie remake: casting of black lead provokes negative Twitter posts" it peeped.

Wallis was 11 when Twitter users heaped racist invective upon her for daring to take a role that previously had only been played by white performers – among them Sarah Jessica Parker, Sophie McShera ("Downton Abbey")  and "Stranger Things" star Sadie Sink.  Amandla Stenberg's casting as Rue in "The Hunger Games" and Zendaya being tapped to play MJ beside Tom Holland's Peter Parker in "Spider-Man" provoked a similarly ignorant outcry.

A few months ago Smith's announced casting was met with a relatively muted backlash, but probably because the vilest trolls are busy plotting the overthrow of democracy. Then again, finding snide remarks is easy enough if you decide to look for them. We live in a time of amplified white grievance, after all.

Many bitterly toss around the term "woke" and adultify Smith, complaining that she looks much older than she is. But many more people seem excited to hear Smith soar through "Tomorrow" and simply enjoy a new take of a classic, in a format that's spent a few years off the air.

Viewing the history of NBC's musical, tapping Smith to star in "Annie" makes sense. The network's second most popular live musical telecast was its 2015 production of "The Wiz Live!," which drew nearly 11.5 million viewers. Only its first live musical production, 2013's "The Sound of Music Live!" was more popular with a viewership of 18.6 million.

The other side of all of this is that in a cast led by a Black actor flanked by other actors of color, the billionaire is still played by a white guy. A most likeable white guy, but still – it's bound to remind some viewers of a retro TV trope that hasn't worn well. Screen and stage chemistry can compensate for a lot, of course. More to the point, this isn't "Diff'rent Strokes." It's "Annie."

In 2012 one of the revival's producers explained that its female fans, adults and children alike, "want Annie as they remember her, intact, and they don't want us to change the show much at all because they're excited to share her with their friends and family."

From what we can tell NBC is taking that to heart by enabling Smith to realize a dream once thought impossible by Black, brown and Asian girls on live TV. In doing so, she proves some tomorrow needn't be permanently elusive. For once the sun is shining on her today.