"I never set out to be an action star": Dolph Lundgren on his career and the toll taken on his body 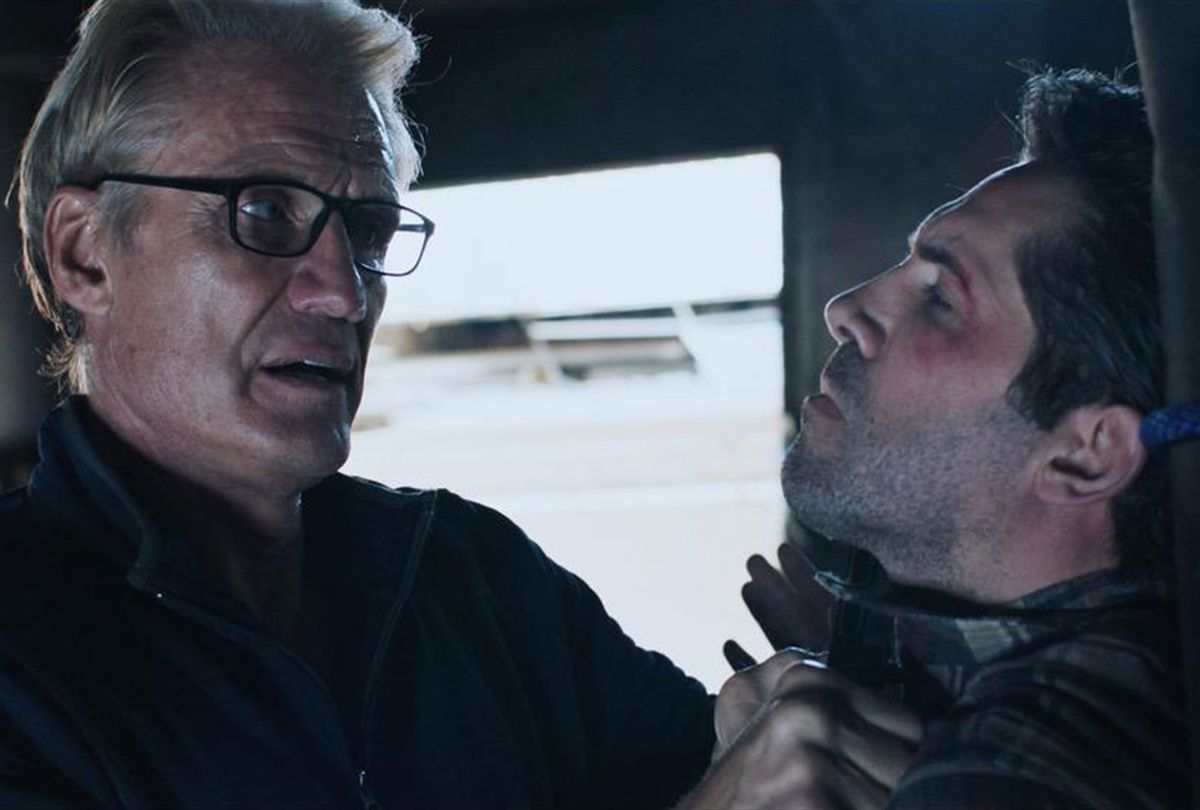 Dolph Lundgren directs and stars in "Castle Falls," a diverting action film about Mike (Scott Adkins), a down on his luck fighter. Taking a job preparing the titular building for demolition, he discovers a $100 bill, which leads to him finding a hidden $3 million. As Mike plans to take the money and run, he encounters Richard Ericson (Lundgren), a prison guard who arrives on the scene after getting a tip from an inmate about the stashed cash. Ericson hopes to recover the money to pay for his daughter's cancer treatment, however, he and Mike must get past a paramilitary group that has broken into the condemned building as well — and they have less than 90 minutes before Castle Falls is imploded.

As an actor whose resumé includes numerous action films — from old school classics like "Masters of the Universe" and "Universal Soldier," to the recent franchises, "Aquaman" and "The Expendables" — Lundgren shows real aplomb as a filmmaker with some of the hide-and-seek moments, and during the many fight sequences.

He spoke with Salon about his new film, action scenes and his career trajectory.

"Castle Falls" is a passion project for you. Why did you decide to both act in it and direct?

I wanted to direct because I hadn't directed for a while. Scott [Adkins] and I had another film we were going to do and that fell out, so I was looking for a two-hander. I found this and rewrote it to make both characters sympathetic. I wanted [Mike and Erickson] to come up against each other and then be together. I didn't know how I would like directing again, so I wanted to try a small movie that had some action and drama and see how it went.

I really got into it. It felt really good to be immersed in all these decisions about music, and cinematography, and acting, and story and locations. We had a tough time in Alabama, because we got shut down the first day of shooting [because of COVID] and had to hold up for seven months. We came back and finished it the end of last year. It was a challenge, but I really enjoyed it. I would love to direct more films.

What can you say, having made so many action films, about filming the action sequences and working with Scott?

Scott was a big part of it because he is a perfectionist. He is a big fighter and he has a choreographer in Europe that he sent clips to and he would rehearse with the stunt guys.

We had a good operator who is a stunt double, who works on the Marvel franchise. He can anticipate the moves, because he knows how to fight, too. So, we were able to do these longer takes without using doubles, and that's unusual these days. Not many actors can fight like Scott, so you double and [edit]. In the fight with my character, I did my own fighting, too — save a tackle because I didn't want to break anything. The idea was the audience would see the actors do their own fights, kicks, and punches. The rest of the action was just a matter of having enough coverage because we only had 17 days of shooting. I had to be clever to get it done fast.

I like that you are playing an aging hero who gets winded climbing up stairs. What can say about the toll action films have had on your body?

Yeah, it's taken its toll for sure. I have had lots of surgeries. I hurt myself in the Swedish army and in my martial arts. I've had various injuries — my ankle, broken noses, hip surgeries and a hip replacement. In this picture, I wanted to play a guy who is a dad and prison guard, he is not a top trained athlete. I'd thought I'd rather go in the direction, like Clint Eastwood does; he played his age in "In the Line of Fire." I think it's important. I'm still in pretty good shape at my age, but it is good to get the audience to feel sorry for you and worry about you! I used that in this film. We had to walk up and down 10 flights of stairs, so 40 flights a day up and down twice a day. People were tired!

Did you make a deliberate decision not to shoot in real time?

It was something like that in the original script — not quite as extreme. The ticking clock plot — the building was always going to blow up. We had limited resources, so to make the second half of the picture more like real time, it would ratchet up the tension. So, we worked on script to layer that in there, and see how much time things would take. So, the time countdown and setting the film mostly in one location hopefully put some extra tension on who was going to make it, and how they would get out.

They just screened "Rocky vs. Drago," here in Philadelphia, with Stallone in attendance. This was your breakout role. What thoughts do you have about your career and longevity as an action star?

It was my first real movie. I had [a small part] in a Bond film. I never expected to be an action star. I never set out to be an action star. I got into acting because it made me feel good. I had done "A View to Kill" and "Rocky IV" when I read an article about John Wayne, who did 100 movies, and I thought, "Oh s**t!, I have 98 to go to be John Wayne!" But now I am at 80 films, so I hung in there! To be honest, my career is more interesting and challenging and satisfying lately. I got a role in the "Aquaman" franchise, and "Creed II," and the directing. I guess it was meant to be. I came from engineering and martial arts.

Anything you can reveal about your upcoming "Expendables" film and the appeal of that franchise?

We're doing No. 4 now. We have new people in it: 50 Cent, Megan Fox, and Andy Garcia and a few others. I think it's still a strong franchise, but it's old-school action with shootouts, vehicles and machines. It's a macho kind of movie. It's fun to be part of it. Who knows how long it will go on? I enjoy doing both that and "Aquaman." They are both different movies. One is visual-effects driven, with a huge budget. The other one is souped-up Harley on steroids.

"Castle Falls" is in theaters, on demand and on digital on Friday, Dec. 3. Watch a trailer for it below, via YouTube.